For all the Super Mario fans out there, we have a piece of news that will make you love your smartphone even more. After launching Super Mario Run for iOS in December last year, Nintendo has finally released our favourite game for Android operating system.

Like the iOS version, Super Mario Run can be downloaded from the Google Play Store for free and comes with a free trial of the three modes– World Tour, Toad Rally and Kingdom Builder. As a part of the free version, you can play the course World 1-4 for free. And if you complete this course, more Toad Rally courses would become available. You can even opt for a one-time payment setup, which would give you unlimited access to each of the three modes in the game.

For those of you who wouldn’t step back from spending a few pennies to play the game in its full flare there so much to experiment with. Players can play as Luigi, Peach and Toadette. Furthermore, there are five different colours of Yoshi to choose from, which includes Green, Red, Blue, Yellow and Purple. 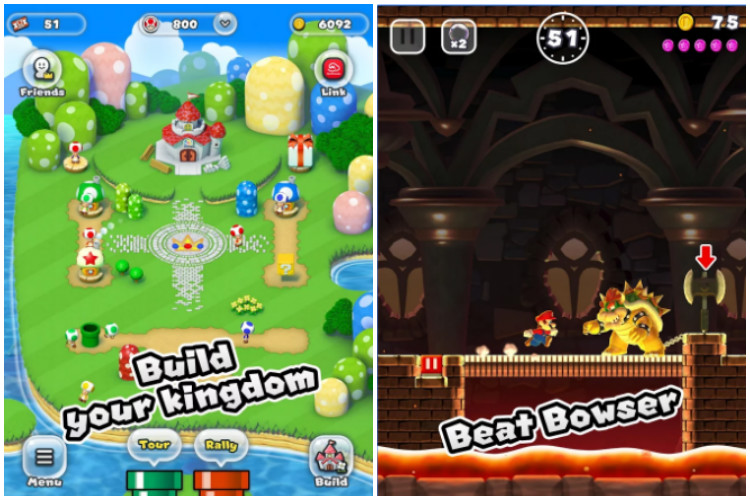 What’s more? You can even unlock Blue Yoshi before purchasing the full game.

So what is it that you are missing in the free version? Well, for starters you can play all 24 courses in 6 worlds in the paid version. Also, if you complete course 6-4 to rescue Peach and build homes for Luigi, Yoshi and Toadette in the Kingdom Builder mode, you can get them to join your adventures as playable characters (isn’t that cool or what!).

But that’s not it, as you will get to play seven different courses in the Toad Rally mode. You can even add rainbow bridges to expand your kingdom in the Kingdom Builder mode.

So what are you waiting for? Hurry up and download Super Mario Run now!