It’s the seasons of smartphone specs leaks it seems, as the inside scoop about the upcoming smartphones just keeps pouring in. And when it comes to popularity, Samsung and Apple always remain in the limelight as the tipsters just love to talk about their upcoming gadgets. Grabbing attention again is Samsung, which is launching two smartphones in the spring this year. And this time around the info that is circling around the tech world is centred around Samsung Galaxy S8+.

Thanks to the serial leaker Evan Blass we have enough deets about the smartphone till the next piece of info is revealed. According to the latest leak, Samsung Galaxy S8+ will feature a 6.2-inch super AMOLED display and IP68 technology making it water and dust resistant. Galaxy S8+ will sport 4GB RAM with 64GB internal memory with a microSD slot for external memory.

As far as the camera is concerned, the smartphone will come with a 12MP dual pixel rear camera with an 8MP front camera. It will be powered by Android operating system and also feature an iris scanner and Samsung Pay. The smartphone will be secured by Samsung Knox and come with wireless charging capabilities. However, you will have to shell out some extra pennies to get the charging pad that the company plans on selling separately. 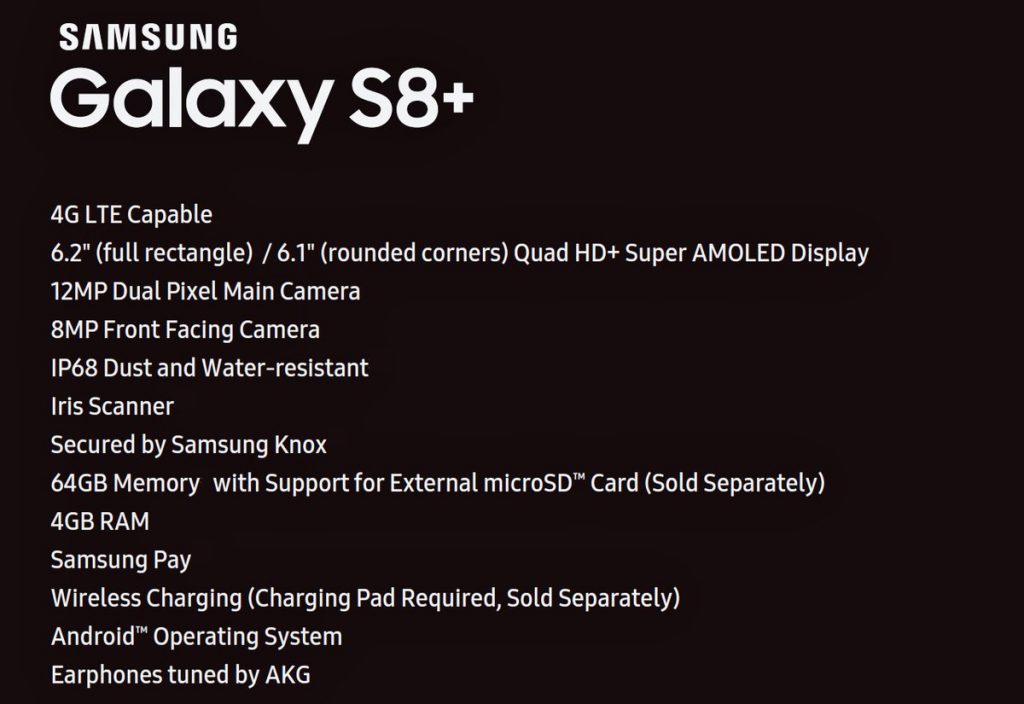 The latest leaks are in line with the reports that have been circulating in the digital space. The smartphone maker Samsung is expected to launch the two smartphones on March 29, 2017, at a special event in the New York City.