Google is a funny place. It wants us to ‘be awesome‘ when we ask it to suggest ways to attract a girl and to ‘taste a monkey‘ when we ask it to translate a popular Hindi proverb. While ‘normal’ people go to entertainment parks and movie theatres for having fun, tech nerds turn on their computers and switch to Google to chill. After all, who would want to spend three hours watching a boring rom-com movie if Google can make you laugh like crazy?

This time, we found a new way to have fun with Google. We asked it to translate the names of popular gadgets and gizmos in Hindi and the results were outrageously comical! For those of you who don’t know, Google has an artificial intelligence (AI)-based translator called the Google Translate, which can translate words from over 100 different languages (no, we are not kidding!). It’s pretty smart actually, but you can just as easily fool it by asking it to translate the right words.

Here’s what we found out:

1. Fidget Spinner
This one’s our favourite. Normally, you expect the translation of ‘fidget spinner’ to sound a bit more complicated. But this one will remind you of the popular comic book from yesteryears– Champak. 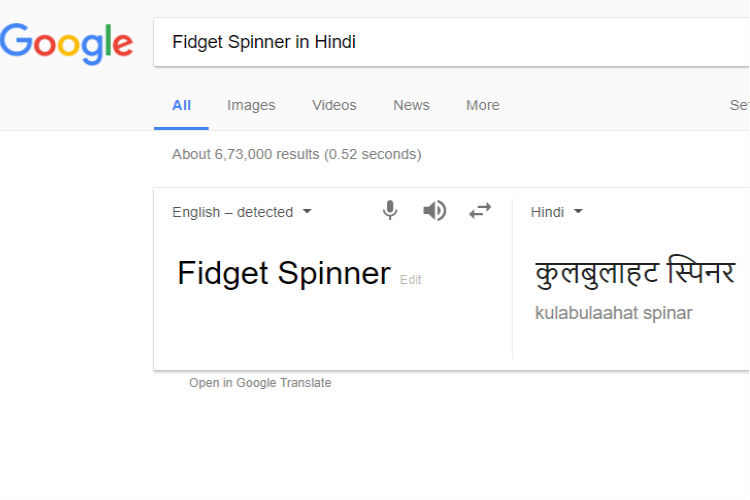 2. Mobile Phone
Bad one Google! The correct translation of ‘Mobile Phone’ would be ‘Sachal Durbash Yantra‘. 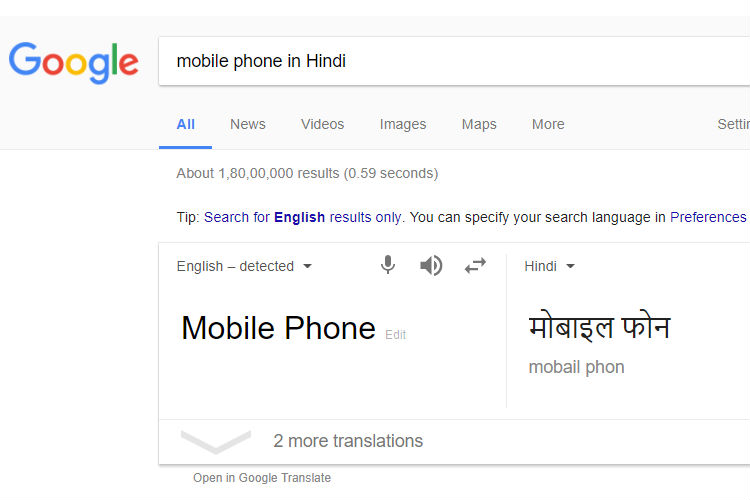 3. Earplug
Talk about the dictionary, Google got grammar wrong this time! ‘Kaan Ka Plug‘ would have still been better (remember it’s singular). 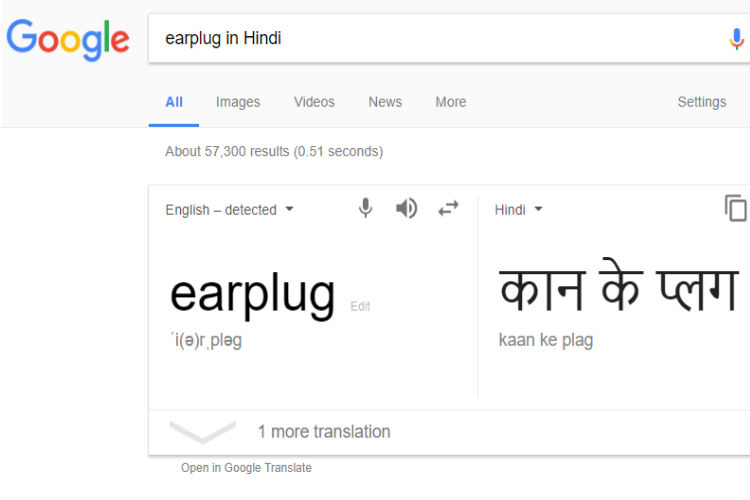 4. Charger
For those of you who are still confused, this Abhiyokta means the one who files a complaint or the prosecutor. If only Google would know that we were talking about a phone charger! 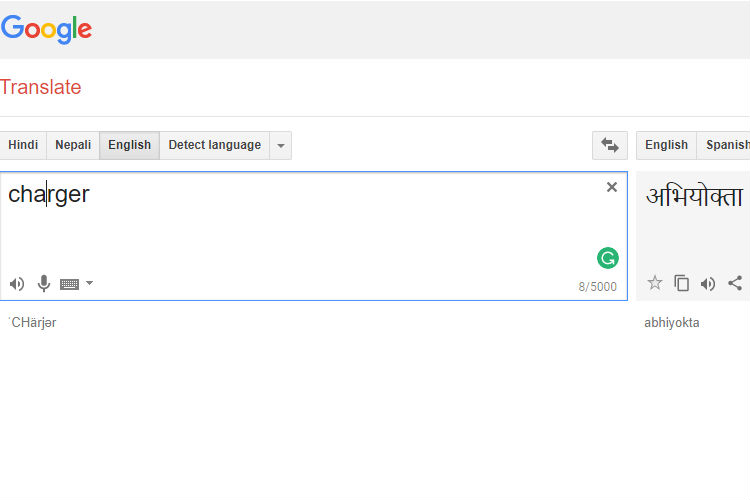 5. Power Bank
I don’t know if you have ever seen Captain Planet (FYI: it was a cartoon show on the Cartoon Network) but ‘Shakti Bank’ reminds me of it. While the literal translation is right, context can surely be worked upon. 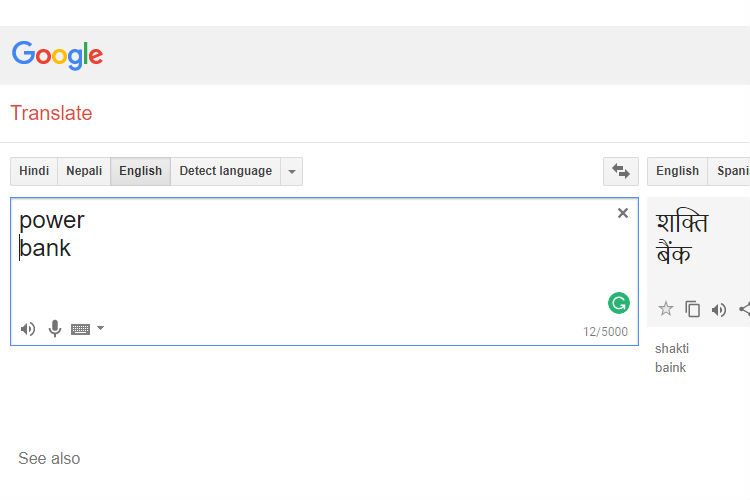 6. Headphone
This one comes as a shock was us too. Headphone, when translated into Hindi, remains unchanged. No words! 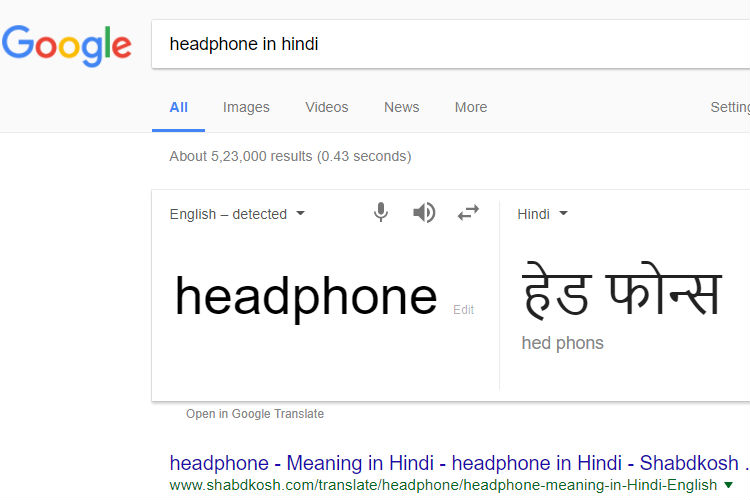 7. Electric Kettle
This one is right on spot. ‘Vidyut (electric) – Kaitli (kettle)’ makes us nostalgic, taking us back to the days of Munshi Premchand. 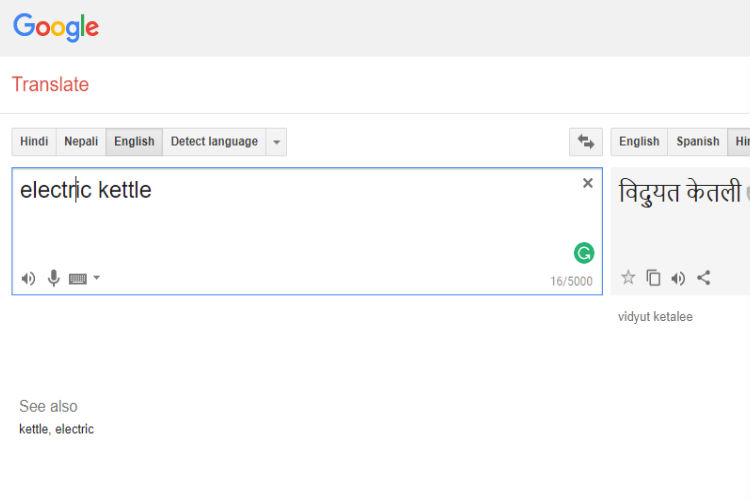 8. Back Massager
This one is equally hilarious. Dear Google, ‘back’ here means the back of a person and not the verb. Didn’t they teach this in school? Just Kidding! 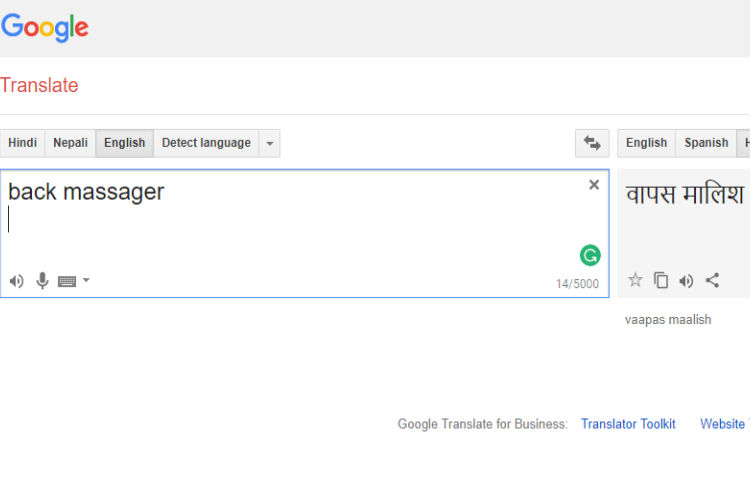 9. Induction Plate
Have you ever dared to watch the Hindi dubbed version of Harry Potter? If you have, ‘Preran Plate’ would sound oddly familiar. Weird right? 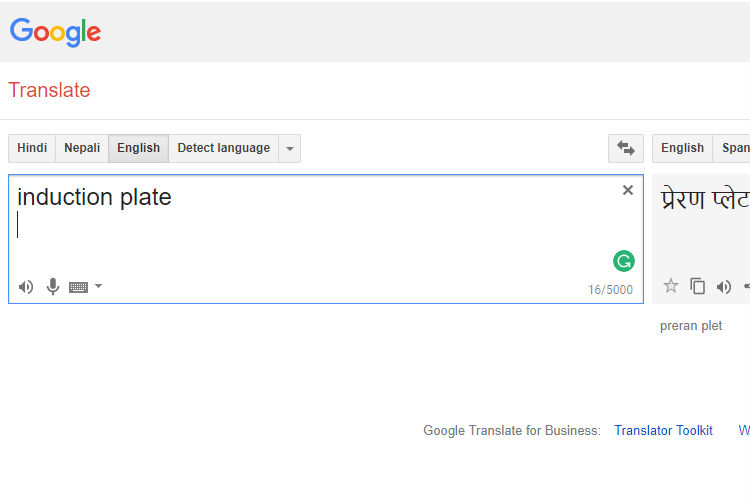 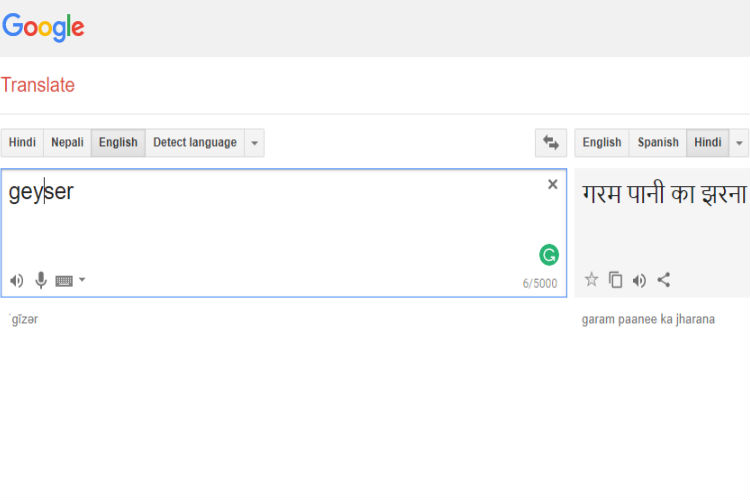 11. Room Heater
‘Kamre ka heater’ or even ‘Taapak (heater)‘  would have fine, but ‘Kamre mea heater’ ? Where else would anyone place a room-heater, near a playground?! 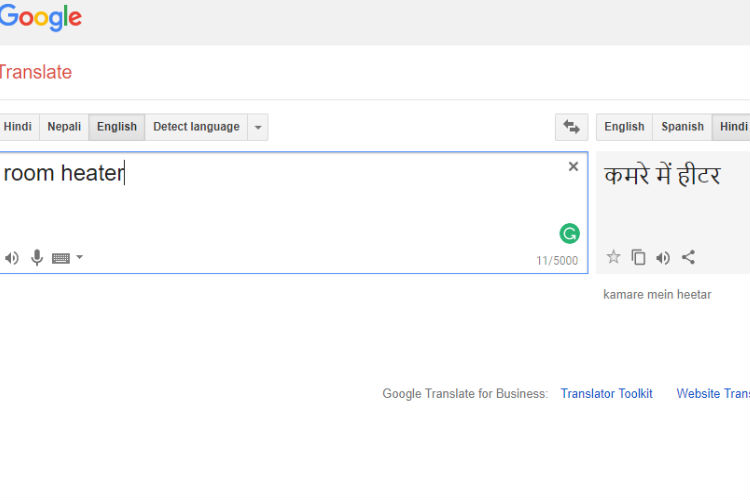 12. Virtual Reality
I don’t know about you guys, but this one looks as if someone wanted to say werewolf in Hindi and ended up saying this instead. Do you agree? 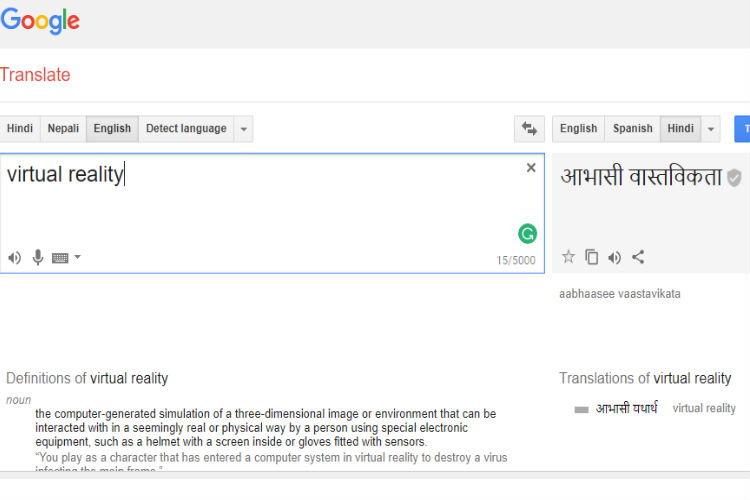 ALSO READ: We asked Google 20 quirky questions and here’s how it responded

13. Artificial Intelligence
AI is the word of the century and slowly and gradually, the world is moving towards AI. ‘Krtrim hoshiyari’ sounds a like a word we would never be able to pronounce correctly. 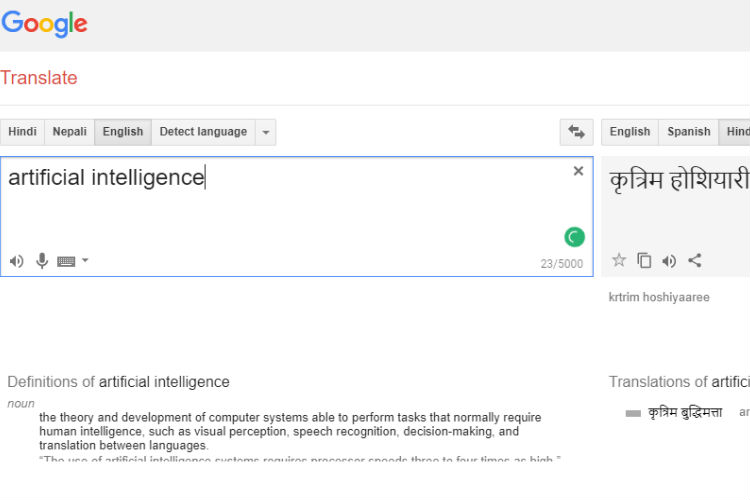 14. Pokemon GO
Oh! Dear Google, we are not asking the Pokemon to leave us, we just want to play. Please don’t scare off the little monsters! 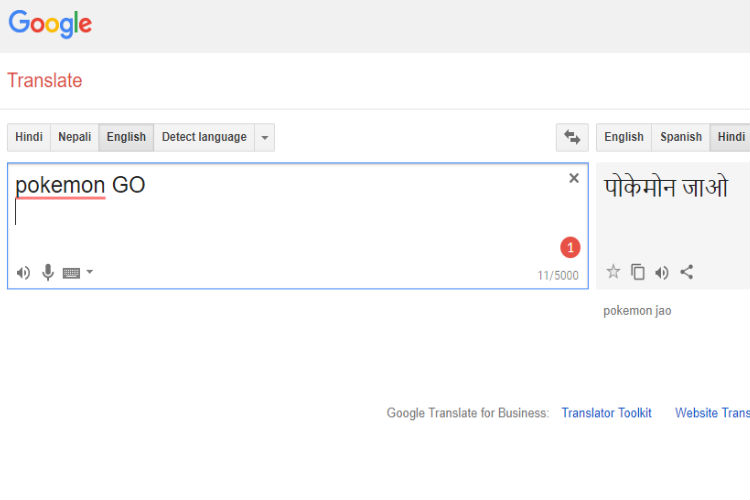 ALSO READ: We asked Google to translate some popular Hindi proverbs and the results were hilarious

15. Hair Trimmer
A person who styles and grooms men’s hair is called a barber in English and ‘Naai’ in Hindi. Adding the word ‘Yantra’ in front of the existing translation would have been fine. But this changes the entire meaning. Sob…sob! 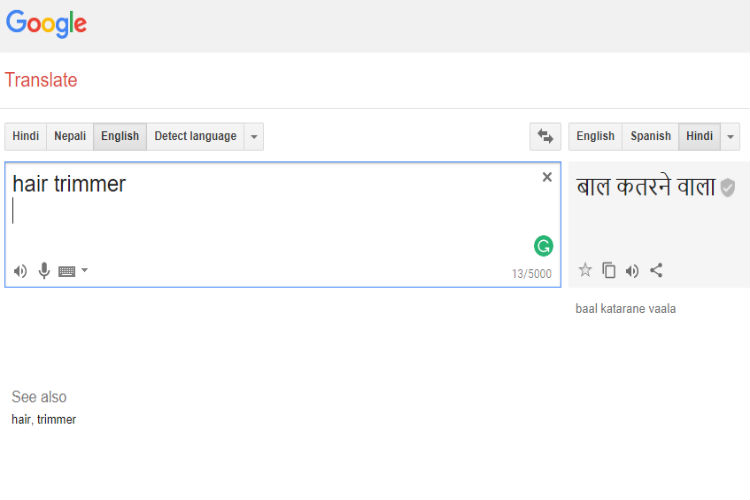