The world today is moving towards developing intelligent machines. Machines that can not only perform their designated tasks but also detect the aberrations in their environment and act on their own. One area that is in desperate need to such smart machines is the defence technology. As far as India is concerned, we are still lacking behind in developing and deploying autonomous machines that have ‘smart sensing’ and acting capabilities. However, one such machine that is aiming to bridge the gap is an autonomous underwater vehicle (AUV) being developed by the young and brilliant minds of Indian Institute of Technology Bombay (IIT-B)– Matsya.

Named after one of the ten incarnations of the Hindu god Vishnu, Matsya is an AUV that has been development for nearly seven years now. A strain of IIT-B students from started working on the project in 2011. Seven years laters, Matsya consists of a 25-member team from various streams of engineering including Mechanical, Electrical and Programming. Their mission is to create an AUV that apart from performing the tasks that have been assigned to it, re-attempts a task if its fails in the first attempt and even detect and respond to usual activity in the water and respond to any security threat by an enemy submarine or torpedo.

The team so far has developed four models of this ‘smart diver’. Model 4.0 weighs just 42 Kgs and can dive up to 150 feet in the water and has a battery life of 4 hours. What’s impressive is the fact that Matsya has won several awards over the years. 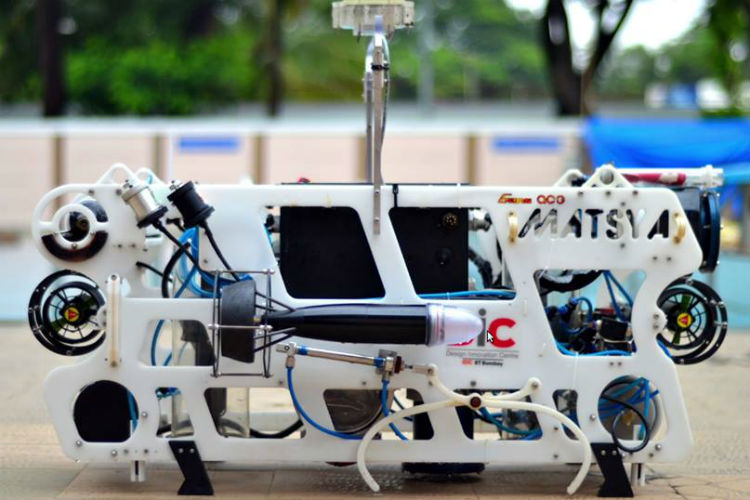 ALSO READ: Here’s a ‘smart hairbrush’ that will reveal the quality of your hair!

From bagging the 2nd prize at ‘World at Robosub 2016’ to winning the first prize at ‘NIOT SAVe 2016’ and the title of ‘Best Asian AUV – at Robosub 2016’, the popularity graph of Matsya has witnessed a steady growth. Matsya even won the ‘Lightest Vehicle’ award at ‘Robosub 2012’.

ALSO READ: This tech company is working real hard to keep their employees fit. Know how

The team is now looking for external sponsors that would provide funding to the team for adding advanced features including several sensors, thrusters and batteries among others and participate in national and international competitions. When ready, Matsya would not only help in military applications like shooting torpedoes but also in detecting and inspecting underwater oil pipelines for leakages, exploration of underwater flora and fauna and in rescue missions.