‘An equation has no meaning for me unless it expresses a thought of God.’–Srinivas Ramanujan to G.H. Hardy

Before Matthew Brown’s The Man Who Knew Infinity–starring Dev Patel in the pivotal role–was released in April this year, S.Ramanujan was a relatively forgotten legend to the world. The most romantic figure in the world of mathematics he was a genius who took the world by awe in the 19th Century. His ground-breaking discoveries on fractions and infinite series elevated his enigma to the likes of Newton and Einstein. He was an autodidact who learned everything on his own with no formal training of any sorts. When attaining paper was a luxury in a British-colonized India, he made a headway for his equations scribbling on the local temple floor. 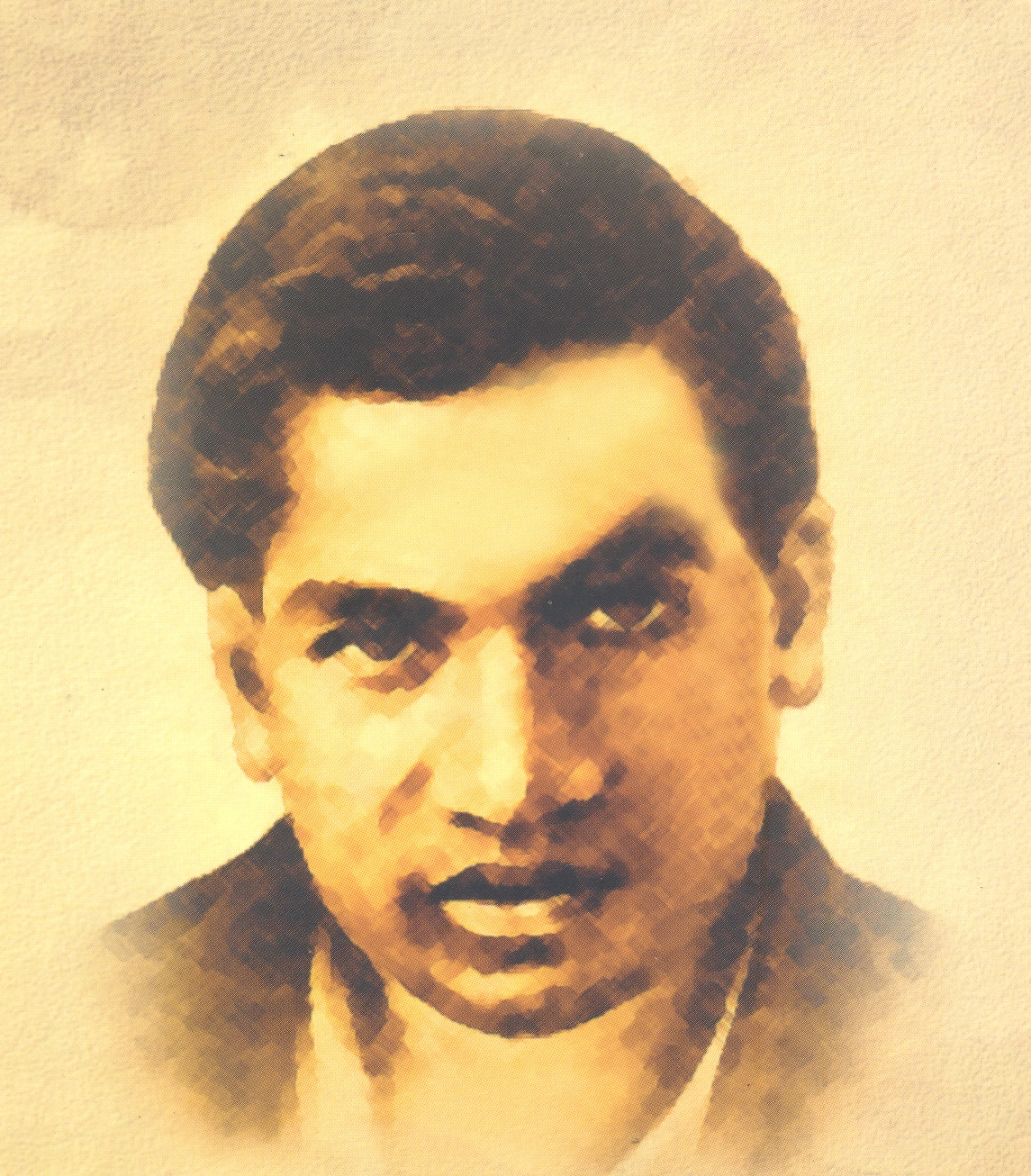 Srinivasa Ramanujan was born on December 22, 1987, at his grandmother’s house in Erode of Madras province. In 1900, at just three he began working towards his mathematical abilities with geometrics and arithmetic series. Two years later he could successfully solve cubic equations and it was at this time that he read ‘Synopsis of Elementary Results in Mathematics’. His study of the book was so concise that he could learn without the guidance of a teacher and he engaged himself into a deep research in 1904 to investigate the series ‘sigma 1/n’.

The Government College in Kumbakonam offered him a full scholarship but due to his lack of interest he failed in other subjects but kept his studies in mathematics intact. In December 1903, at the age of 16, Ramanujan passed the matriculation exam for the University of Madras. But as he concentrated on mathematics to the exclusion of all other subjects, he did not progress beyond the second year. In 1909 he married Janaki who was only nine-year-old at that time but had no source of steady income until the beginning of 1912 when he became a clerk in the Madras Port Trust office. 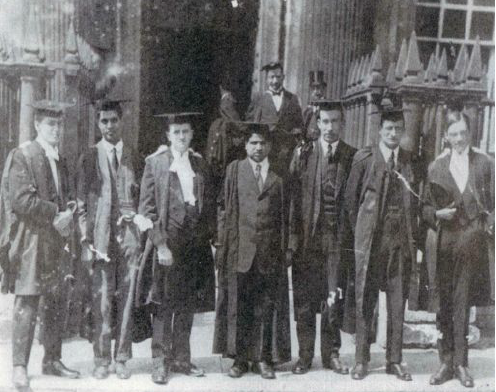 Srinivas Ramanujam at a convocation in Trinity College, Cambridge

Ramanujan’s obsession with fractions, divergent series, elliptic integrals and hypergeometric series made him desperate to gain recognition from established mathematicians around the world. And in 1913, he dispatched a letter to G.H Hardy in Cambridge–something which would change both of their lives.

Hardy, an outstanding mathematician was wonderfully excellent at nurturing new talents and he was astounded by Ramanujan’s discoveries. He invited Ramanujan to Cambridge but as brahmin  he would not cross the ocean and his mother scoffed at the idea of the journey to foreign land. Going to a foreign land, especially crossing the sea, was “sinful”, akin to discarding the sacred thread, eating beef, or marrying a widow. 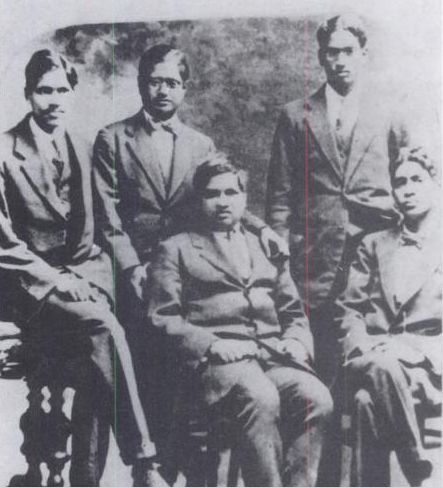 Some time later his mother had a dream. In [the dream], his mother had seen herself surrounded by Europeans and heard the goddess Namagiri commanding her to stand no longer between her son and the fulfillment of his life’s purpose.

Hardy asked E.H Neville, another fellow of Trinity College, who was on a trip to Madras, to secure Ramanujan a scholarship from the University of Madras. Neville’s wrote in a letter to the university:

“the discovery of the genius of S. Ramanujan of Madras promises to be the most interesting event of our time in the mathematical world …”

Ramanujan sailed for England in the company of Neville and arrived in Cambridge in April 1914. For almost three years, things went extremely well. In 1916 Ramanujan received his BA from Cambridge and he published one excellent paper after another, with Hardy’s help in the proofs and presentation. They also collaborated on several great projects and published joint papers.

While mathematicians in the West were trained to systematically prove each of their theorems, with extensive workings but Ramanujan was a man of deep faith and intuition. Once, Ramanujan was asked about a new equation he had derived. His reply was:

It was goddess Namagiri, the presiding deity of a shrine in Namakkal who had appeared in my dream and helped me solve that problem.

In the spring of 1917, Ramanujan fell ill. He had been following a rigid brahmin diet discipline since 1914 where he wouldn’t eat anything prepared by a flesh eater or in the utensils used in its cooking. The War was in its full swing and England was bereft of customary Indian condiments for cooking. His inadequate intake of food along with cold weather and coughing added to his sickness. He was in and out of sanatoria for the rest of his stay in Cambridge. By early 1919 Ramanujan seemed to have recovered sufficiently and decided to travel back to India. One of their last conversations at the train station is remembered for its wit and kind of relationship of constant dismay they shared with each other:

I had ridden in taxi cab number 1729 and remarked that the number seemed to me rather a dull one. ‘No,’ Ramanujan replied. ‘It is the smallest number expressible as the sum of two cubes in two different ways’.

Hardy was alarmed not to have heard from him for a considerable time, but a letter in February 1920 made it clear that Ramanujan was very active in research. Sadly, Ramanujan’s recovery was short-lived. His illness returned and he died, aged just 32, on April 26, 1920, leaving him only a short time to benefit from his fellowship of the Royal Society and fellowship of Trinity.

Hardy considered his friend’s demise as a loss too much to bear and live with. In a eulogy organized by the Fellows of Royal Society in remembrance of Ramanujan, Hardy who was a non-believer expressed his gratitude to the ‘Lord’ for the honor to work with both Ramanujan and Littlewood in his lifetime. “There are no proofs that can determine the outcome in matters of the heart,” he said.

Janaki never remarried after Ramanujan’s death. She lived to the age of 95 and spoke fondly of her husband. “He worked on mathematics up until four days before he died,” she said.

Ramanujan’s death at the height of his powers was a tremendous blow to mathematics. His like may never be seen again, and certainly, such a partnership as that which Hardy and Ramanujan built will not either. They were not merely explorers of infinity in the pursuit of absolute perfection!