Actress Konkona Sen Sharma sheds light on the gendered nature of society in this beautiful video titled “To All the Women Out There”. It’s no secret that we live in a highly patriarchal society where roles for men, women and ‘others’ are predefined.  While boys are encouraged to pursue higher education and get that “foreign return” tag, girls are provided basic education and are married off to procreate.In the end, the gender debate is always reduced blue versus pink. While, blue is brave, pink pretty. Blue must go on to become doctor or pilot but pink must take Home Science.

In the video, the 37-year-old actress highlights society’s standard expectations from both genders. A man is expected to have a 9-5 white collar job, 5-9 hobby, weekends for friends, time for family ‘if and when he chooses to settle down’, while on the contrary, a woman is expected to settle down with a man, invest time to raise children, take care of elders. 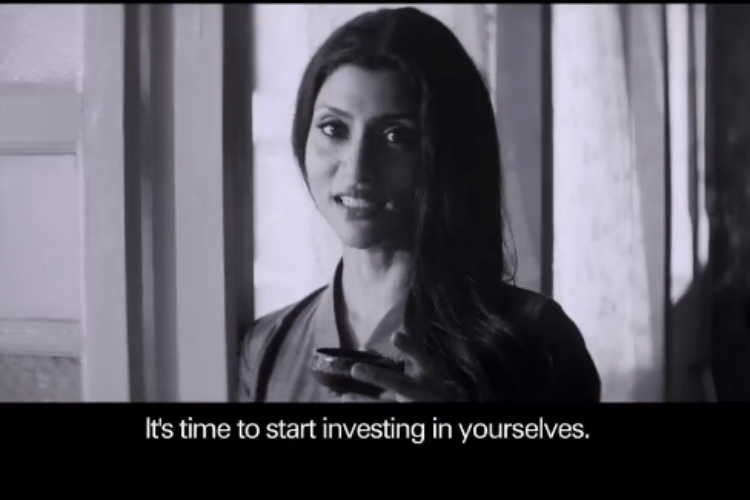 But while organising other’s lives, she lets go of her dreams and aspiration. It is high time we must put an end to that.Through this video, Konkona presses on the importance of investing your time in yourself and concludes with a lingering question: If you don’t, then who will?

Also Read: Censor Board to bad scripts – Lipstick Under My Burkha star cast’s interview is a must watch

The video titled was posted by Ram Ray on Facebook and is going massively viral with approximately 5k likes and more than 13k shares. People are ushering their love for this wonderful video.

“Superb way of reaching out to all “those” women who have invested in everyone else, but now need to pull in the tackle and tell men” Go fish”

Currently, Konkana is busy promoting the much-speculated movie Lipstick Under My Burkha, directed by Alankrita Shrivastava, which is all set to release on 21st July.