Lipstick Under My Burkha was under fire recently and the Central Board of Film Certification, aka the Censor Board, stalled its release citing the most lame reason, for the movie being ‘lady oriented’. After much debate and controversies, the movie is set for release next week. The movie’s censorship stirred an already on-going debate about the rights of women to express themselves in every sphere of life and break away from the patterns set by patriarchy.  A popular Indian blog roped in the cast of the movie, Ratna Pathak Shah, Konkana Sen Sharma, Aahana Kumra, Plabita Borathakur and Shashank Arora for one of the promotional videos titled ‘If Men Were Treated Like Women’.

Released by Miss Malini, the video has all the women ‘teaching’ the man  how to dress decently, how to behave, how to sit, how to talk, not to abuse, not to show off too much skin, and the list goes on. Sounds familiar? Yes. All the women would instantly relate to the video. How many times have you been told to tuck that peeping bra strap, or been asked to sit with legs closed, or asked not to abuse, or dress up a certain way as ‘not show too much skin’. 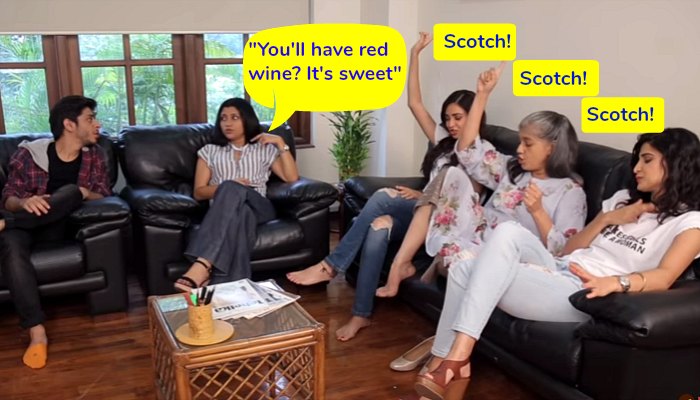 (Also read: Why everyone needs to read this woman’s viral post about a drunk Uber driver)

While it is funny to watch how all the actresses bully Shashank Arora throughout the video, the reality is not because women go through this all their life and it is actually frustrating as Shashank Arora rightly portrays. 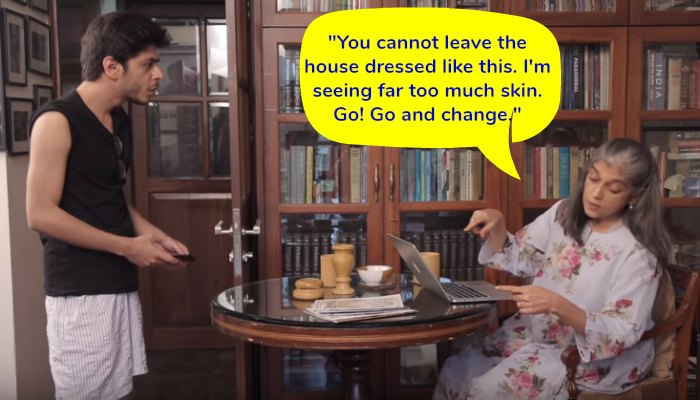 It is time moral policing and constant monitoring that women, even small girls go through need to stop but that’s probably a long way to go. For now videos like these are a good step in the direction to keep the debate going. How will the movie fare at the Box Office and will the audience like it or not is yet to be seen, but the video is surely a hit!