Looks like there are many layers to the whole incident of singer Atif Aslam stopping his concert midway to save a girl from molestation. The boy who was alleged to misbehave with girls at the concert has now revealed his side of the story in an interview with a Pakistan daily. The boy claimed he was a student of Institute of Business Administration (IBA) and was responsible for the security management.

Sharing his side of the story and claiming that he was misjudged, the guy said he was the victim. Speaking on his responsibilities, he told it was his job to ensure people from non-VIP sections didn’t go to the VIP section. He alleged of seeing two girls accompanied by a guy, crossing the non-VIP section and surging ahead towards the stage. The IBA student said he asked them politely to either show their VIP passes or go back to their seats, whilst adding that there was a huge rush which organizers were unprepared for.

But, apparently, things took an unpleasant turn for him soon after. He said the girls started getting violent with him and the boy who was with them punched him in the face. That was exactly when Atif Aslam saw them and halted the performance to ‘rescue these girls’. He said:

Instead of trying to understand the real story, Atif Aslam blamed me, the actual victim. Nobody listens to men in our society especially when a woman has said anything against him – it doesn’t matter true or false. When Atif Aslam said ‘rescue these girls,’ everyone thought I was molesting them and a huge mob started beating me up for no reason. I have never been beaten so badly in my entire life, and that too for just doing my job.”

Also read: Watch: Atif Aslam gives us another reason to love him, halts concert to save girl from eve-teasers 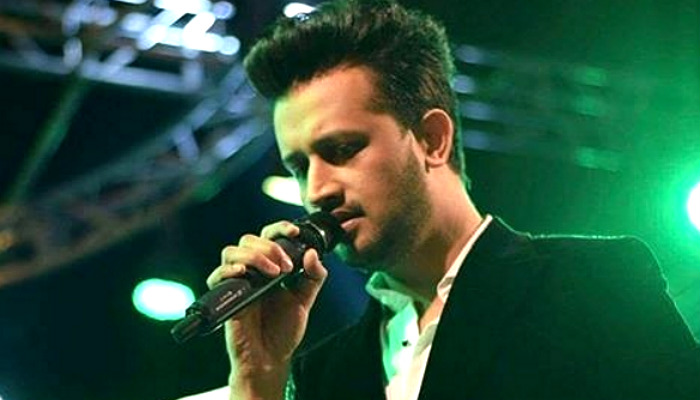 Those girls were not the victims, they were vicious, violent and rude. Because of them I have scars on my face and neck that will stay with me forever. I was traumatized and everyone has refused to listen to me or understand my side of the story.

The guy also answered all those who questioned why he didn’t tell his side of the story earlier. He said that according to policies of IBA, an investigation is underway. Since the incident saw the light of the day, Atif was hailed as a hero by many for taking prompt action against the guilty. But, looks like there was more to the story than what met the eye. We hope the truth comes out and soon.