Have you ever wondered if we are alone in the universe? Have you ever wondered if there is life beyond the Earth? Of course, science fiction movies have glorified the existence of a higher form of life beyond the Earth but that’s just fiction. However, in a major breakthrough, two of NASA’s veteran missions have found compelling evidence of life on one of Saturn’s moon Enceladus.

NASA scientists working on the Cassini mission, which is a joint endeavour of NASA, European Space Agency (ESA) and the Italian Agenzia Spaziale Italiana (ASI) to study Saturn’s system, announced that ‘a form of chemical energy that life can feed on appears to exist’ on Enceladus. Additionally, the Hubble researchers reported the ‘evidence of plumes erupting from Jupiter’s moon Europa’.

The paper published by the Cassini researchers indicate “hydrogen gas, which could potentially provide a chemical energy source for life, is pouring into the subsurface ocean of Enceladus from hydrothermal activity on the seafloor,” NASA wrote in a press release. 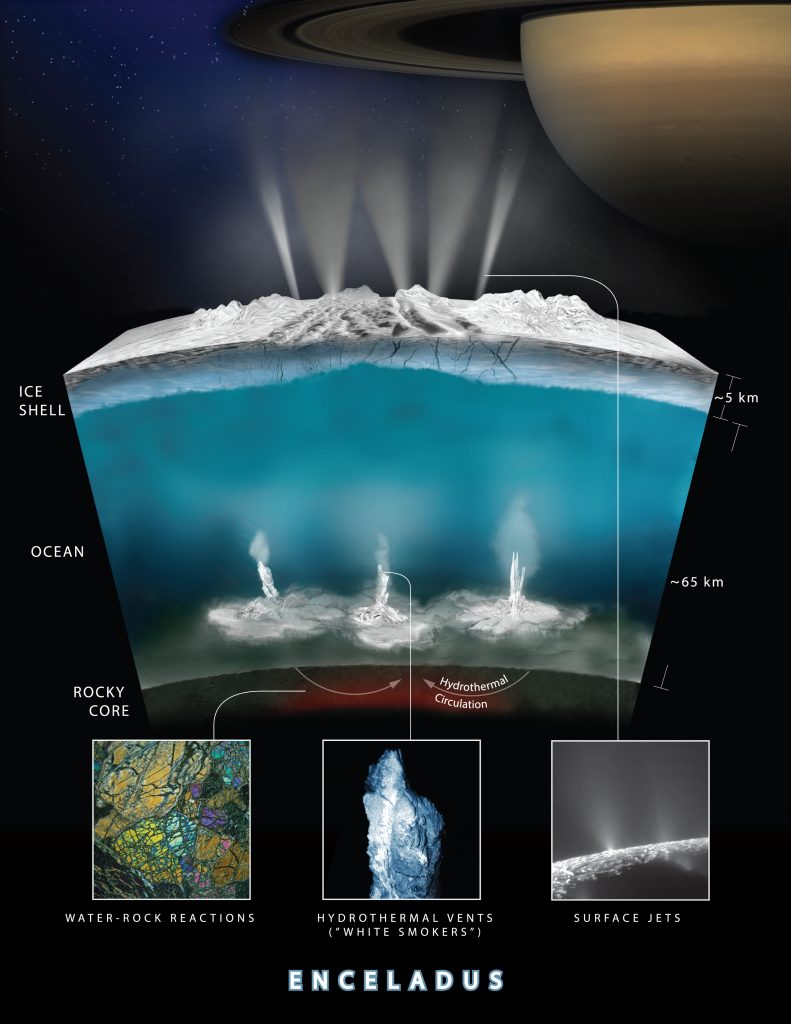 The presence of hydrogen could also indicate the presence of microbes, which could use it to obtain energy by combining it with the carbon-di-oxide dissolved in the water. According to NASA, this reaction is known as “methanogenesis” because it produces methane as a byproduct and could have been critical to the origin of life on Earth.

There are three essential ingredients for life: water, a source of energy for metabolism, and a mixture of carbon, hydrogen, nitrogen, oxygen, phosphorus and sulphur. And Enceladus has nearly all of these ingredients.

ALSO READ: NASA releases images of Earth at night and they are just breathtaking

“Confirmation that the chemical energy for life exists within the ocean of a small moon of Saturn is an important milestone in our search for habitable worlds beyond Earth,” Linda Spilker, Cassini project scientist at NASA’s Jet Propulsion Laboratory (JPL) in Pasadena, California said in a press release.

So does this mean that we might pay a visit to our ‘distant neighbours’ soon? Maybe sometime in future, but as of now, it’s good to know that we might not be alone after all.