Space has been the subject of fascination for ages. From the time when the Earth was believed to be in the centre of the universe to the time when Pluto was demoted from its position as the ninth planet of the Solar System, space has been a source of inspiration not only for the literati but also for the creative minds who wish to unravel its mystery.

Mars, on the other hand, has been the focus of the global scientific community owing to its distance from the Sun. Scientists have sought to solve surrounding Earth’s next-door neighbour. While this has led to significant discoveries and bettered our understanding of the planet, it has also fueled many conspiracy theories. So here are five theories about the red planet that will blow your minds away: 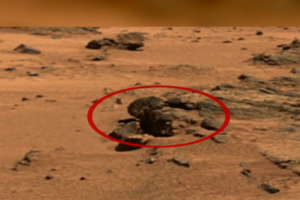 1) Barack Obama’s head on the Mars

UFO enthusiasts claimed to have spotted the head of the former US President Barack Obama on the surface of Mars. The image was taken in 2005 by NASA’s Spirit rover from the place in the Columbia Hills on the Martian Surface. “Searching for structures on Mars I found this head. From the way it is standing up I would say that it is a full statue, but it is buried from the shoulders down,” Scott C Waring of UFO Sightings Daily. 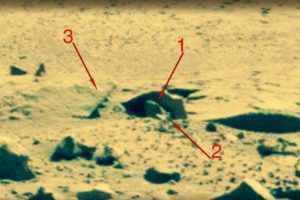 Mars has been the centre of bizarre conspiracy theories for a long time. From a man’s face to a lizard, UFO enthusiasts have spotted many things on the Martian surface. Now a conspiracy theorist suggests that he has found bunkers with armed people on the Martian surface. Former journalist and a space enthusiast Andre Gignac found a tiny bunker in the Endeavour crater that according to him had people inside the window. He even believes that the bunker could also be a corridor leading to a bigger bunker that could contain missiles and rockets. 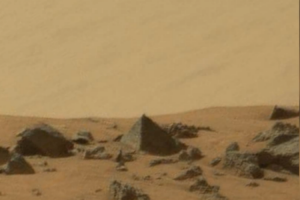 If you thought that pyramids are only found in Egypt, you might want to think again as conspiracy theorists have found pyramid-like structure on Mars. According to the theorists, the structure is of the size of a car and is either the capstone of a bigger pyramid that could be buried beneath the surface or a marker stone.

ALSO READ: Ever wondered how whacky our solar system is? 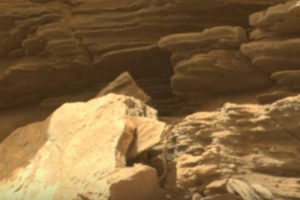 Alien hunters had spotted what appears to be a snake on the Martian surface. However, the image that was allegedly captured by NASA’s Mars rovers raised red flags among the UFO enthusiasts, who suggested that the image was most likely taken in a desert. 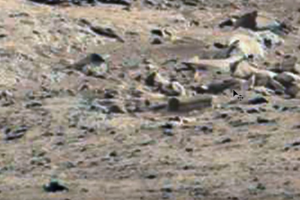 Of the countless that could have been found on Mars, alien hunters have found a coffin! The structure that looks like a ‘coffin’ was discovered by Will Farrar as he was surfing through the images sent by NASA’ Curiosity rover. “This little box sure does look like a modern coffin concrete liner,” he wrote on his YouTube channel.