A new American drama television series called The Bold Type is the internet’s new favourite thing. While the Hindi television cannot seem to move past ichadhaari naagins and women marrying little children, The Bold Type features an unconventional love story (one that is acceptable). The show boasts a beautiful love story between Kat Edison, a queer black woman exploring her sexuality, and Adena El-Amin, a Muslim lesbian.

The Bold Type outlines the lives of three women, Jane, Kat and Sutton, working a women’s magazine in New York City. The lead character of Kat (Aisha Dee) gradually realises that she is not straight as she once believed. She learns of her sexuality through a photographer named Adena (Nikohl Boosheri). Adena is a proud Muslim who dons a hijab and is in tune with her sexual orientation. 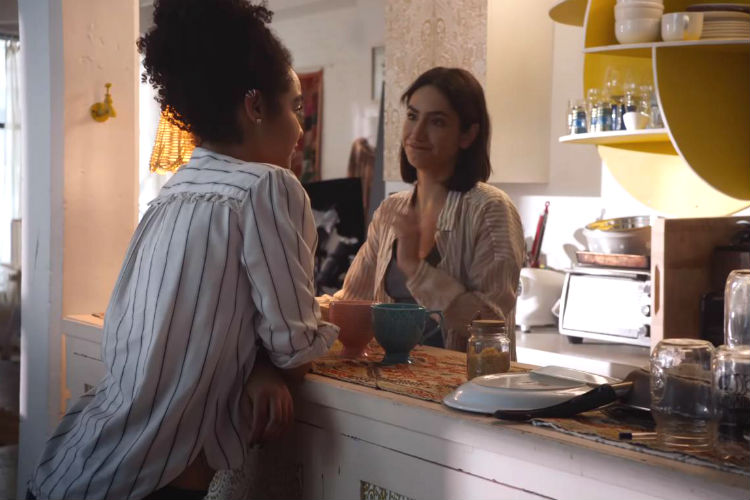 What is truly remarkable about this lesbian pairing, that fans have adorably dubbed Kadena, is that they have done away with the blatant sensationalisation of same-sex female couples.

Even though the subject of LGBTQ is not unheard of, representation of such characters is infrequent in pop-culture. Additionally, most of the non-heterosexual characters on-screen are mostly not ideal or even at least bearable.

People are very much in love with this new Freeform TV series and have nothing but praises to sing for The Bold Type:

kat went from telling adena she’s a ‘proud hetero’ to “i think i really like you” then kissing her. i love development

Kat & Adena
“And you don’t have to change a thing, the world could change its heart” pic.twitter.com/rtmNB4qNyB

sorry but if they cancel the bold type I’m boycotting

i thought the bold type was gunna be super cheesy and just not pull off the young adult nyc scene. but i was wrong. its so good im hooked

I wanna be on #TheBoldType season 2 so bad. This show speaks to me

@TheBoldTypeTV Literally in love with this show

If you cancel #TheBoldType, we’re going to have some issues. @FreeformTV

@TheBoldTypeTV is such an inspiring and empowering show! I have loved @thekatiestevens since @mtvfakingit and I love her even more now