As a child, we have all believed strange things before common sense or reality caught up.Whether it was believing everything your elder sibling said (including you being adopted), or whether you believed that if you eat the seed of a fruit you’d have an entire plant in your stomach – we were all somewhat dense as kids.

A Quora user put out a pertinent question ‘What was the dumbest thing you believed to be true as a child’ and it is absolutely lovely to read (and relate) to some of these responses. Even though sharing such experiences could be pretty embarrassing but people were sporting enough to share them and some of them will definitely make you go ROFL.

From some of them thinking that ‘TV was performed live by actors’ to the ones believing WWE (then WWF) star Undertaker comes back to life again and again each time after dying, the answers will leave you in splits. Also, it is equally interesting when some of these people confidently went ahead and explained the same thing to their younger siblings. The thought of how dumb human species can be as kids is unimaginable and yet so hilarious when you can actually relate to the stupidity.

See what happened when this person saw one actor performing on two different channels. 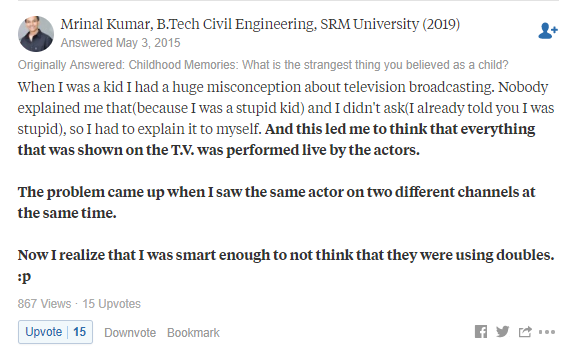 There were many who believed that swallowing seeds with fruits can make plants grow in the stomach. Parents are to be, squarely, blamed for this. 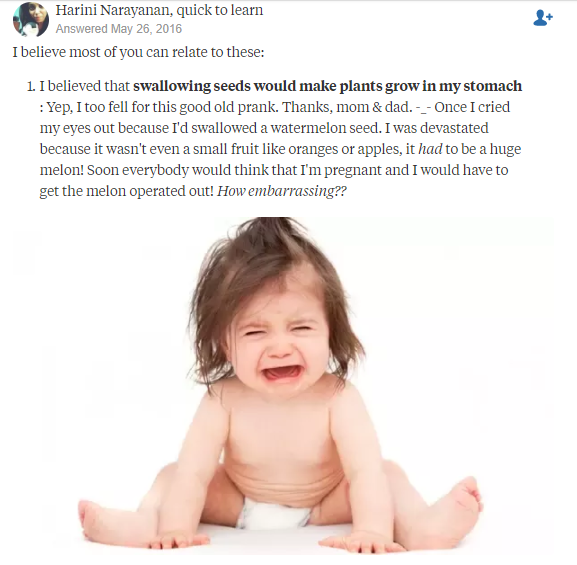 So, Shah Rukh Khan was married to Kajol, how could he be with Juhi Chawla. Oh no, SRK was two-timing. 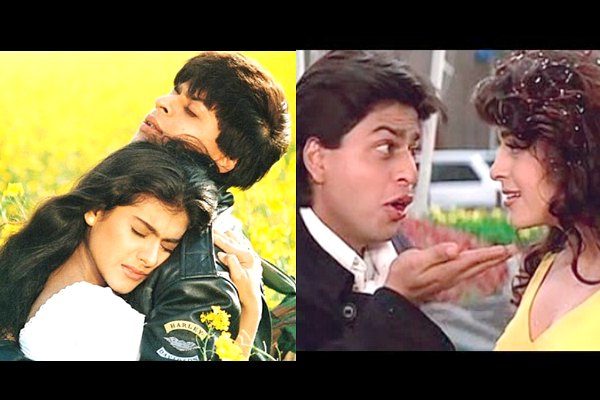 In case, you weren’t imaginative as a kid, someone actually was so confident that cotton comes from clouds that she gave another brilliant explanation to her brother about it. You cannot miss this one. 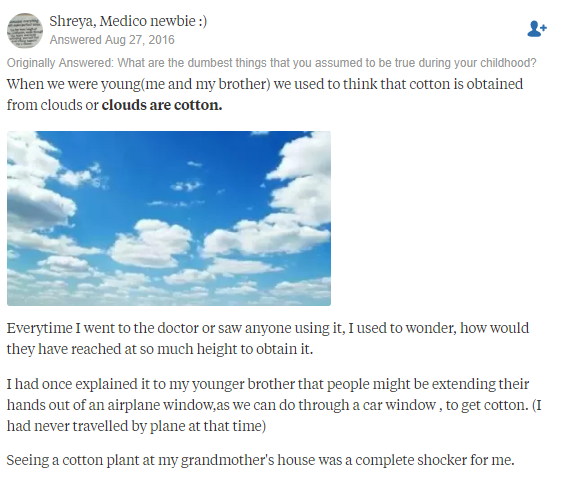 5. All Out Mosquito repellent machine

The television world was so real for some of us that we actually believed the ad, where an All Out machine is seen jumping like a frog and catching mosquitoes, was true. Tsk tsk! 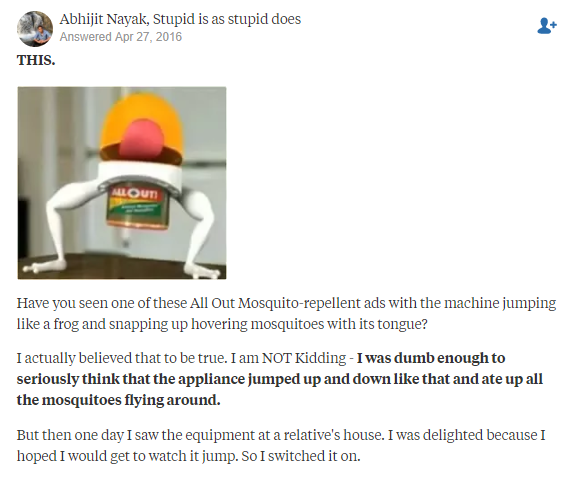 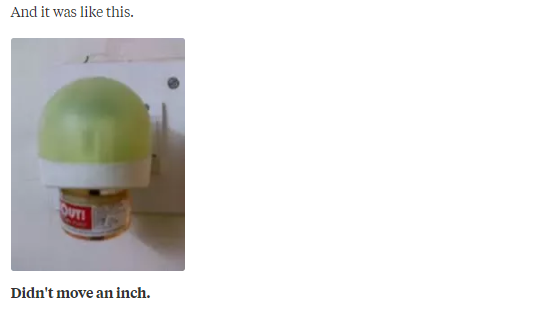 Almost every millennial kid would relate to this one, “The deadman: Undertaker”. 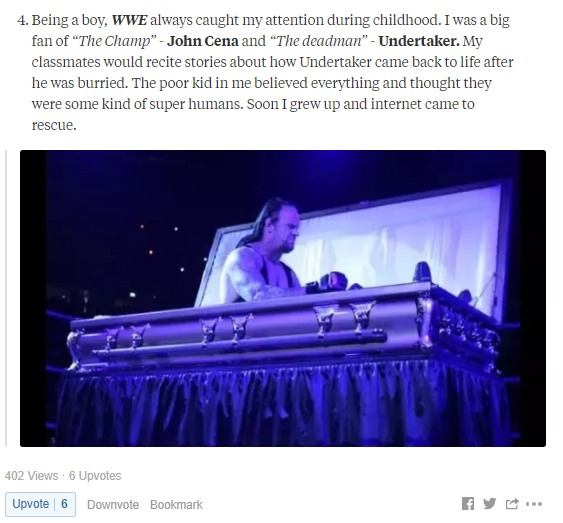 7. College as portrayed in movies

Another one fell for it. Even we feel for this poor girl who believed what was shown in the movies was true.