Homosexuality is considered a crime in India (and many other countries) because apparently, it is ‘not normal’ for a human being to love another human being. But this article isn’t about how some people just cannot fathom the reality beyond what has been fed into their system. So what happens when these people living in their own acceptable reality come face-to-face with the actual reality of the world? How do they deal with it?

The conversation about how straight men are afraid of homosexuals has been going on for quite some time now and why not, because more often than not, men do find it difficult to accept change and adapt. Social construct is such that society is built in a way that makes it a woman’s job to accept and live according to the needs of the male members of the family. So when a Quora user put out a question on the online platform ‘Are straight men afraid of gay men?’, it received a lot of responses. Considering the fact that all straight men are not homophobic and are not intimidated by gay men, the answers on Quora are quite thought-provoking, some are funny and most are fascinating.

Here are some excerpts:

1.  This one is totally hilarious. 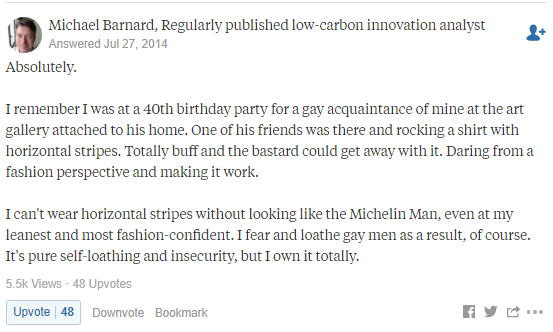 2. Some lessons in human psychology there. Nonetheless cannot agree more. 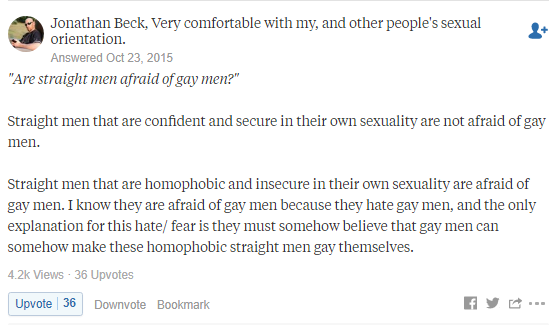 3. What doesn’t fit scares us. Nothing can be truer.

4. Cultural roles, expectations and norms do play a role in a straight men feeling intimidated by a gay. 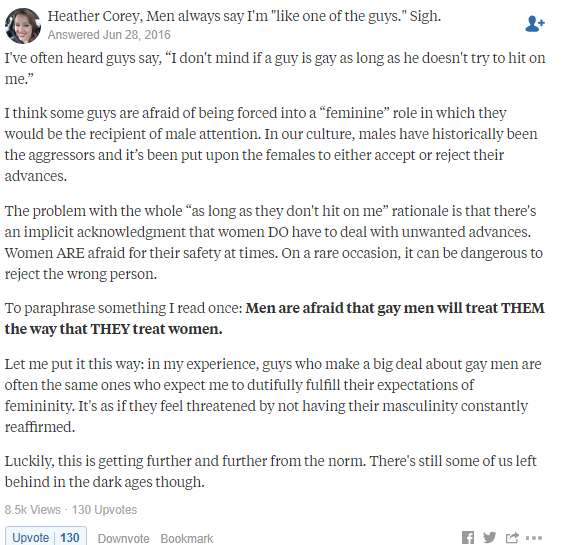 5. Even though disturbing, if he can, why cannot others. 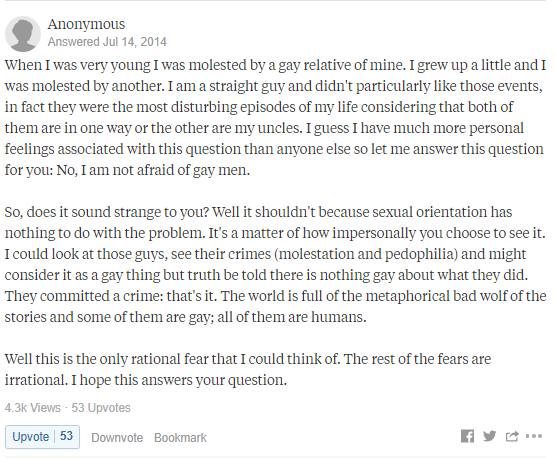 What do you think? Are straight men truly scared of gay men? Tell us in the comment section below!