In a world where most of us consider leaving the bed on time for routine everyday life an accomplishment, a minister from New Zealand cycled to give birth. No big deal, y’all. Just a woman, about to bring another human into this world, pedalling away to the hospital.

Julie Anne Genter, a member of the House of Representatives for the Green Party, and New Zealand’s Minister for Women as well as Associate Transport Minister has made headlines worldwide for the epic cycling stunt she pulled. On Sunday morning, Genter, a cycling enthusiast, chose to pedal for one kilometre from her house to Auckland City Hospital for the delivery of her first child.

“My partner and I cycled because there wasn’t enough room in the car for the support crew… but it also put me in the best possible mood!” The 38-year-old posted on her Instagram along with a picture of her with a bike.

According to her, it was a beautiful Sunday morning for a bike ride and so she just went for it.

Genter, who is 42 weeks pregnant, was going to the hospital for an induction. For the uninitiated, that means she the doctors would be medically inducing her labour process, which can sometimes last a day or two. A spokesperson of the Green Party released a statement that Genter hasn’t given birth yet.

Meanwhile, her colleagues tweeted about how Genter’s bicycle trip to the delivery ward was “the most #onbrand thing ever.”

Our Minister for Women and Associate Minister for Transport @JulieAnneGenter just biked to the hospital to have her baby!
The most #onbrand thing ever. pic.twitter.com/ntxWSicDL4

Genter may have posted the photo two days ago, but the rave comments refuse to stop pouring in. Check out some of the reactions here: 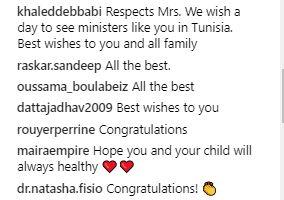 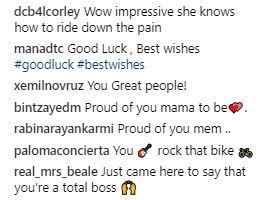 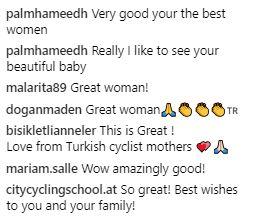