Shah Rukh Khan might be a big movie star with a huge fan base spread across the globe but like most stars, there is not a whole lot we know about his personal life. However, in a recent interview, Shah Rukh Khan bared it all as he answered some of the most searched questions about himself on Google. And if he is to be believed, he has answered them “as honestly as possible.”

The Jab Harry Met Sejal actor answered a series of 10 questions one after the other in an interview with Rajeev Masand. First up, “does Shah Rukh Khan have a tattoo?” For those of you who were shocked to see the 51-year-old actor sporting a huge tattoo across his chest, you can take a sigh of relief because that was just temporary. “I don’t (have a tattoo) but I have it in my film Jab Harry Met Sejal,” SRK said. 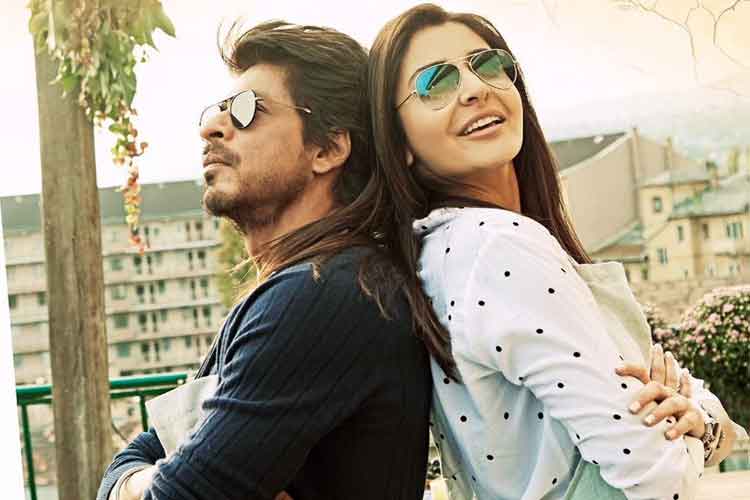 Later, Khan revealed that he does not own a private jet. “No tattoo, no private jet. I’m such a loser,” he quipped. “But I’m working on it,” he added.

Then he gave fans the big shocker as he revealed his phone number. Well, his “phone number.” Replying to the question, “What is Shah Rukh Khan’s phone number?” he said, “It is 5559960321. Call anytime post midnight. I will pick it up. Otherwise, leave a message and I will answer you back with an emoji.”

So, yeah! Take a note of it… And then toss it out of the window ’cause we’re guessing it’s fake?

SRK also went on to reveal that upon his grandmother’s insistence, he was to be named Abdul Rahman originally but, his father decided to name him Shah Rukh instead. Nice decision on his dad’s end ’cause “ARK” doesn’t have the same ring to it.

When the subject of him being the richest actor in the world came up, SRK replied in negative but added that it is his desire to be. Screw the money though, he is pretty famous. That’s all that counts. But how is he so famous? SRK has a very King Khan-ish response to this question. “Could be good looks… sexy, handsome, tall, charming, speaks so well… I mean, I’ve got it all. It would be ironic if I wasn’t so famous really. This is a self-answering question,” he says.

SRK also talked about the day that he first met his wife Gauri at a party and how he was too shy to talk to her. Then he happened to mention how he managed to buy his glorious mansion named Mannat. “Lot of pain. Lots and lots of pain,” he said. Shah Rukh Khan revealed that he had to even borrow money and settle for doing lots of advertisements and shows to be able to save enough money to put a roof over his family’s heads. The end result? Magnificence.