VJ and anchor Zerxes Wadia sat down the two stars and rumoured former couple, Katrina Kaif and Ranbir Kapoor and the result was awkwardness to the extreme. Why? Because Ranbir, with all his millennial man training, answered almost all the questions directed towards Katrina. The interview started like any other with Zerxes directing the usual questions at Ranbir, who has also produced the movie, about Jagga Jasoos and its trailer.

Then came the zinger: Zerxes’ second question was posed to Katrina, asking her about the relationship the two characters of the movie, Shruti and Jagga. To which Katrina responds the way you’d expect an actor to.. only to be manterrupted by ‘producer’ Ranbir Kapoor. Katrina, apparently, was ‘not saying it properly’. 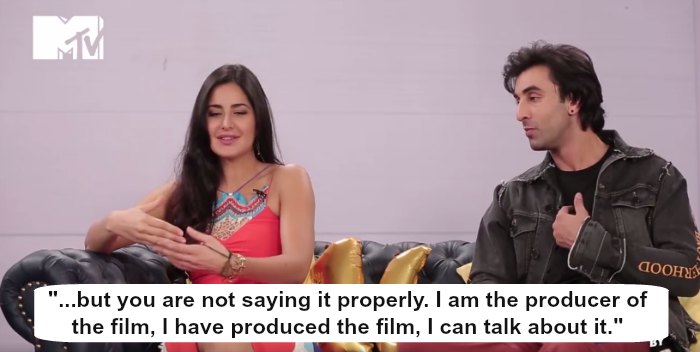 The next question was posed to Ranbir and needless to say, he had a lot of things to say because, after all, it is ‘his’ movie and ‘he’ is the producer.

When Zerxes went back to Katrina to ask her about her experience working with director Anurag Basu, Ranbir was generous enough to let her speak. Katrina, being a sport that she is, showered some words of praise on Ranbir but it seemed like she also took a dig at Ranbir while discussing ‘the lessons in humility’ part, which Ranbir Kapoor clearly lacks. Don’t believe us? We have evidence. Keep reading. 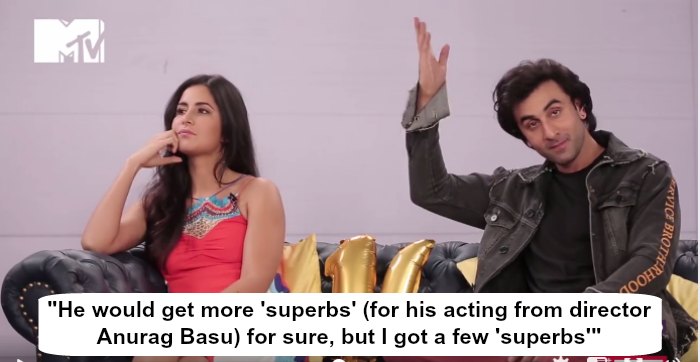 When asked what it was like to work with Ranbir Kapoor (what was left unsaid was the alleged breakup) Katrina did not mince words and said honestly: “earlier we were like we’re in this together, now he comes on the set to teach me…and we need to understand that we are in his great presence”. Smooth, Katrina. Said with a nonchalant air but stings nonetheless we guess.

(Also read: Farhan Akhtar’s video on Sania Mirza is a must watch for all dads out there)

Ranbir takes over at this point and attempts brush the barb over with a poker-straight explanation of how ‘he just wants to better her as an artist, as a human being and as a star’. Noteworthy at this point is Katrina’s expressions and forbearance for which we truly think she deserves a Filmfare Award just to have endured this much obtuseness. 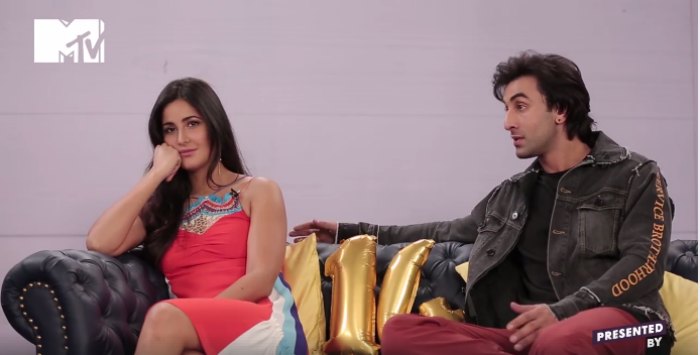 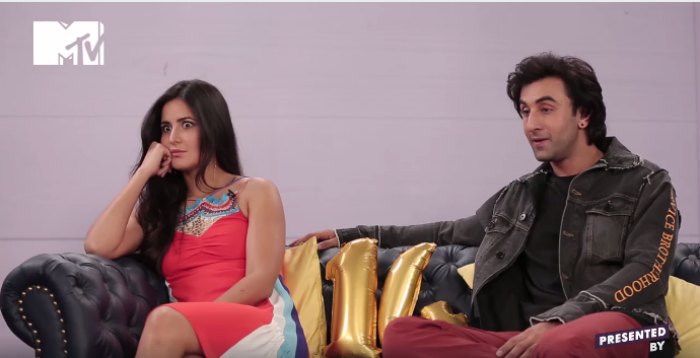 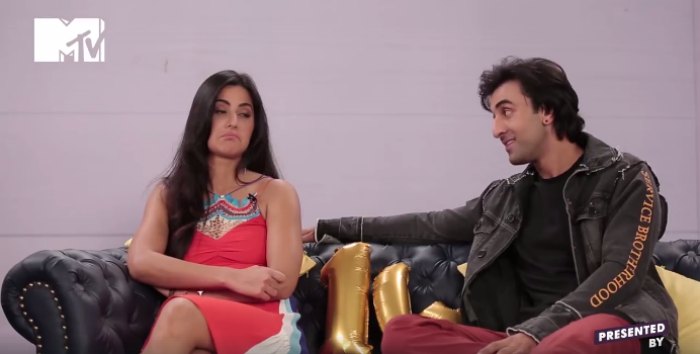 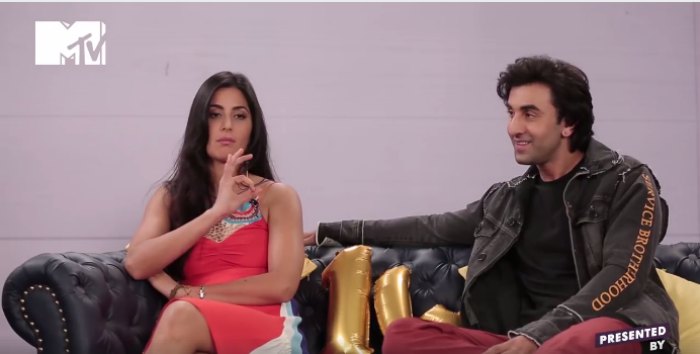 The last question of the interview was again directed towards Katrina but no points for guessing who answered it. By the end of it, Ranbir Kapoor was quite amused by his ‘performance’ and even tapped Katrina asking her for her ‘consolatory review’. Katrina took it like a sport but the interview left us with a pretty bad after-taste.

Ranbir Kapoor’s Jagga Jasoos may or may not do well at the Box Office, but based on just this interview, Katrina Kaif’s been declared superhit.