If you are not aware of the great South Asian of shagun, you probably are not a desi. Various researches (that the author herself conducted) have concluded that this ritual, where guests visiting a household gift the young of the family some token money, warms the pockets of more than 50 per cent of South Asian children.

So naturally, when guests arrived at young Fatima’s home in Pakistan, she was quite perked up. But soon, disappointment hit hard when they gave money to her younger brother and not her.

A video of this savage Pakistani girl is going viral which actually makes for a kickass rant piece. After guests left, Fatima’s mother asked her to help with the cleaning. The little girl replied, “why should I clean the house, ask your son to clean, after all, he got all the money.”

Fatima’s mother tried explaining to her that the younger child gets the money and when she was young, even she got her share, but to no avail. The little girl ranted about the gross injustice that was meted out to her.

She asked her mother for all the money that guests had given her over the years. And when her mother said that she spent them all, Fatima compared her mother to ‘corrupt’ politicians of Pakistan who had taken a lot from the ‘kaum’ but didn’t give anything back!

The girl’s rant is not just on point but also frigging hilarious. Watch the full video here:

The video has been shared around 200 times and has 18k views. Check out some of the comments below: 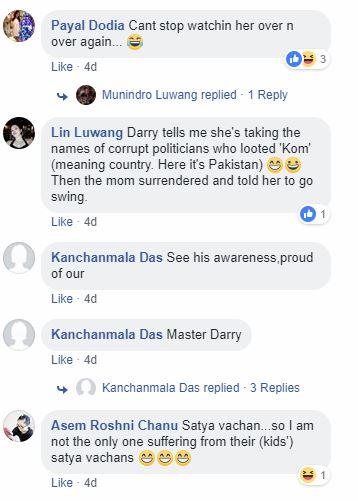 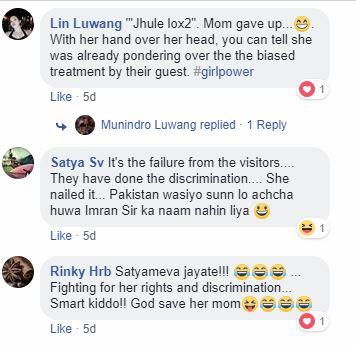