Apple is popular for its hi-tech gizmos and gadgets that are loaded with cutting-edge technology and features. The company enjoys a loyal customer base across the globe who swear by its products. Apple iPhones on the other hand, are particularly popular among the youth who are charmed by its class and see it a symbol of opulence. After targeting the high-end segment of the smartphone market in India, Apple is gearing to rock the lower-mid range segment by relaunching one iPhone 5s at an affordable price of Rs 15,000.

The Cupertino-based company is likely to make iPhone 5s ‘online-exclusive’, which means you won’t be able to buy the phone from retail stores on ground.

According to a report by the Economic Times, Apple’s aggressive strategy is aimed to target the mid-range smartphone segment in the country which is largely dominated by Korean electronic giant Samsung and Chinese smartphone makers Oppo, Xiaomi, Gionee and Lenovo. Furthermore, the company is also likely to offer iPhone SE at a price of Rs 20,000 via offline channels in India once it starts assembling phones in India. 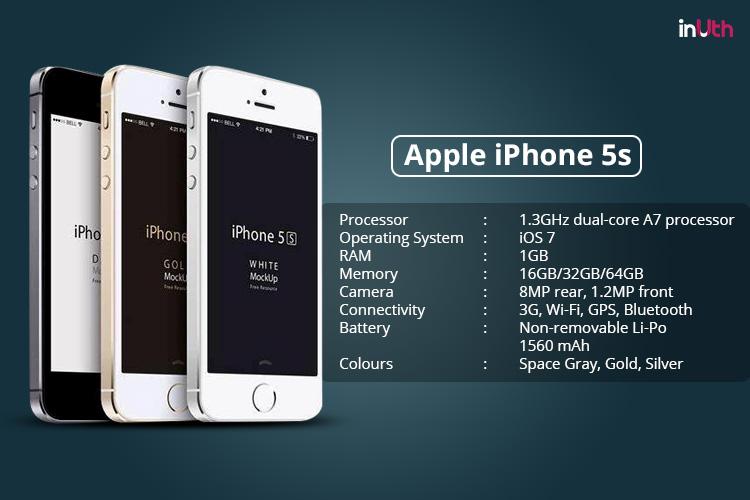 To recall, Apple launched iPhone 5s in September 2013 and since then it has become one of its most popular smartphones in India.

ALSO READ: Apple iPhones to be Made in India now!

On the specifications front, Apple iPhone 5s is powered by a 64-bit A7 processor and runs on iOS 7. The phone features a 4-inch display which is protected by Corning Gorilla Glass protection and an oleophobic coating. It sports 1GB RAM and is available in three memory variants– 16GB, 32 GB and 64 GB. It sports an 8MP rear camera and a 1.2MP Facetime camera and has Wi-Fi 802.11, Bluetooth 4.0, GPS and USB 2.0 for connectivity.