In the age of sports biopics, a new story is going to make a grand entry soon. The life story of hockey legend Sandeep Singh is set to come alive on celluloid next year. To be directed by Shaad Ali, the film titled Soorma will feature Punjabi actor and singer Diljit Dosanjh in the lead role. The film which explores Singh’s inspirational comeback after a tragic shooting incident in 2006 will also feature Tapsee Pannu, Chitrangada Singh and Angad Bedi in pivotal roles.

The poster shows two phases of Sandeep’s life. The first phase shows a dynamic hockey player who is determined to achieve new heights. And the second one shows Singh as a wheelchair-bound man.

Why is the story of Sandeep Singh intriguing? 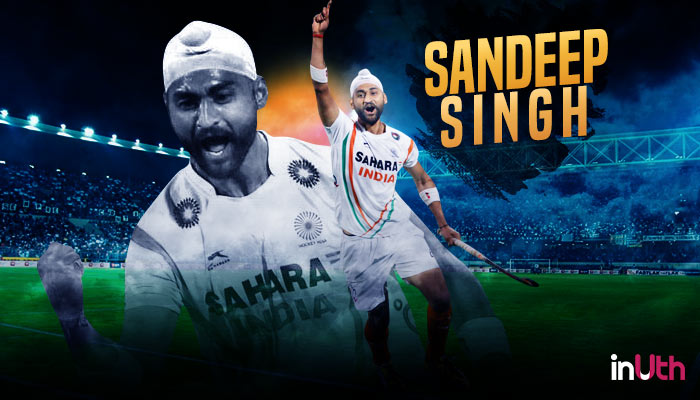 The former captain of the Indian Hockey team made his debut in 2004 Azlan Shah Cup against Kuala Lumpur. Known for his perfect drag-flick, Sandeep is one of the gems of Indian hockey.

On August 22, 2006, Sandeep was on his way to join the Indian team which was due to leave for the World Cup in Germany. Singh never envisaged the nightmare that awaited him on his train journey. In an accidental shooting, Sandeep was seriously injured. The gunshot left him completely paralysed and bound to a wheelchair.

But the sportsman inside kept on pushing him. He not only recovered from the injury but was also back in the team and became the captain in 2009. He led the Indian team to the finals of the 2010 Commonwealth Games where they lost to Australia.

He received the Arjuna Award in 2010.

In 2012, he was the highest goal-scorer in the Olympics qualifiers. He had scored 16 goals.

He also represents the Ranchi Rays in the Indian Hockey League and plays at the fullback position.