Royal Challengers Bangalore (RCB) skipper Virat Kohli was under pressure to take his team to a respectable score in a near do-or-die situation against Mumbai Indians (MI) at home. But in order to do that, Kohli did something which even went against his morals. In the 14th over, Jasprit Bumrah bowled a back-of-the-length delivery to Kohli which he edged to wicketkeeper Ishan Kishan.

When Kohli edged the ball to Kishan, he looked back towards the wicketkeeper, which is an obvious reaction when someone edges the ball. But he chose not to walk off the field. Bumrah was quite convinced but Umpire Nitin Menon turned him down. 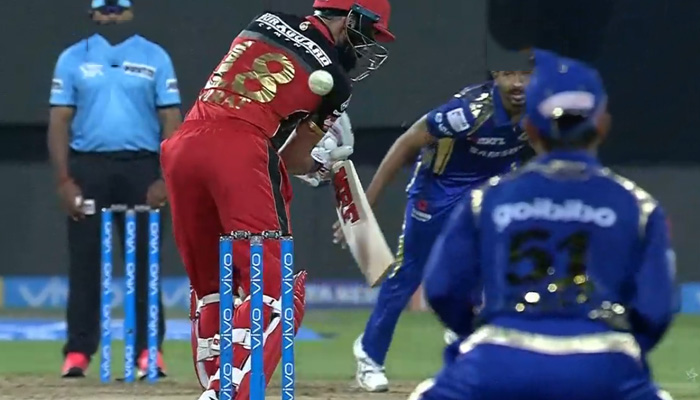 The replay showed that Kohli surely had edged the ball. The snick-o-meter too confirmed that as it showed a distortion when the ball was going past Kohli’s bat. 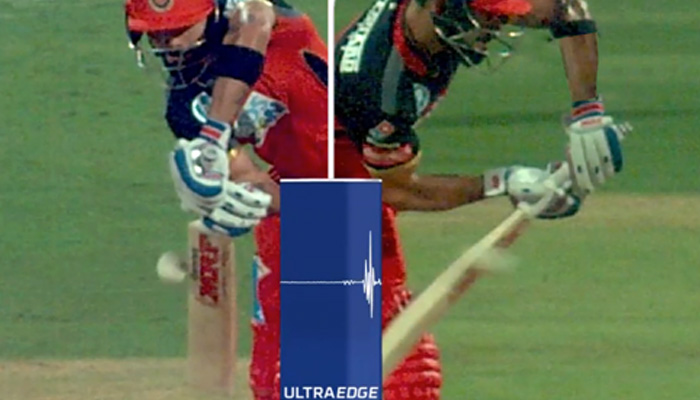 After the over, Kohli talked to the umpire and had a laugh about it with umpire Marais Erasmus. However, Kohli could not make much of a difference as he had been batting on 24 when he edged the ball and got out in the 18th over to Hardik Pandya. 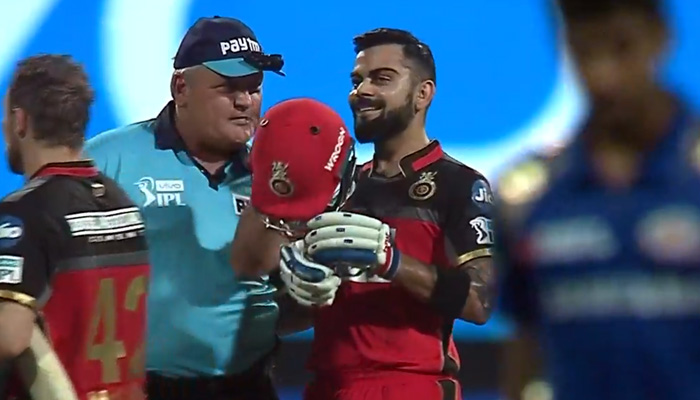 On the other hand, Kohli’s ideal Sachin Tendulkar used to walk off the field on numerous occasions whenever he realised that he had edged the ball. The skipper might lose on a few fair play points for not choosing to walk off. After the first innings, Bumrah too said in an interview that he got to know from the dugout that Kohli was out but it was okay because Hardik took his wicket.

Kohli could only add eight more runs to the scoreboard before walking back to the pavilion. He scored 32 runs off 26 balls, including 2 fours and 1 six.

Pandya made a terrific comeback, taking three wickets in the 18th over of Kohli, Mandeep Singh and Washington Sundar. His third over broke the backbone of  RCB’s batting lineup as they could only post a total of 167 for 7 in the first innings.