Actress Sagarika Ghatge and cricketer Zaheer Khan are finally engaged after being in a relationship for quite some time now. The cricketer announced the news on Twitter yesterday and invited wishes from every nook and corner. Now Sagarika has revealed when the two will finally take the vows. In one of her latest interviews, Sagarika revealed when Zaheer and her would be marrying and it looks like they have yet not discussed it.

Speaking to Times of India in an interview, Sagarika said they will decide on the date once the Indian Premier League got over. Zaheer is currently busy as the captain of Delhi Daredevils team. Sagarika said, “We will discuss all this once the IPL is over. Right now Zak has to practice and once the league is over, we will all sit down and plan the dates and the ceremonies.”

Yes, Zak is how Sagarika calls Zaheer. Cute, no? 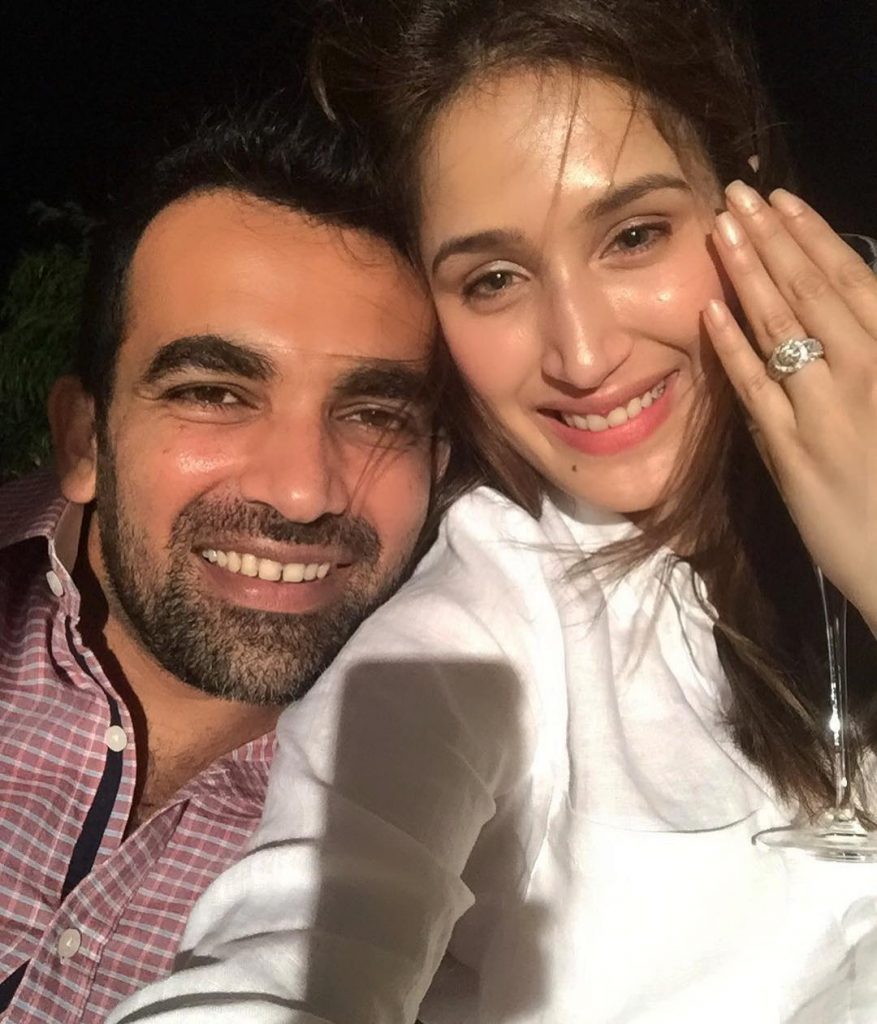 Revealing about her engagement, Sagarika said she didn’t know Zaheer was secretly planning an engagement. She said, “I had no idea that he had picked up such a pretty ring for me. I can’t describe that moment and it will forever remain as something very special between us. We are really blessed.”

While Zaheer is busy with the league, Sagarika is currently basking in all the wishes that are coming her way. Talking about the one common thing that she and Zaheer connected on the language Marathi. She said Zaheer spoke fluent Marathi than her and the cricketer as Marathi mulga at heart. The Irada actress said, “I was in a boarding school, so whatever Marathi that I spoke was at home and that too in Kolhapuri dialect, which is not very refined, whereas Zak has studied Marathi in school.”

Now that Sagarika has revealed when they will take decisions, we are sure their fans would want the date to come soon.