Remember the fight between Ambati Rayudu and Harbhajan Singh during Indian Premier League (IPL) 2016? The same fight where Bhajji uttered something to Rayudu on failing to save a boundary and the latter fired back. Well, quite a similar scenario occurred during the match number 27 of the IPL 2018 but the outcomes were totally different.

While defending a total of 169 against the Mumbai Indians (MI) on April 28, Harbhajan Singh came into the attack in the 5th over and replaced an injured Deepak Chahar. Bhajji delivered a length ball to Evin Lewis which he pulled towards the deep backward square leg. The ball was about to cross the boundary but Rayudu came chasing it and stooped the ball perfectly. The veteran Indian leggie appreciated the efforts of Rayudu near the boundary line.

The entire episode was a contrast to the one which happened two years ago. In that season, Harbhajan and Rayudu played for the MI franchise and were playing against the Rising Pune Supergiant. Rayudu fumbled while fielding and missed catching the ball which later went for a boundary. Rayudu’s misfield frustrated Bhajji and he shouted at the fielder. Rayudu couldn’t take the scolding from Harbhajan and hit back at the off-spinner. 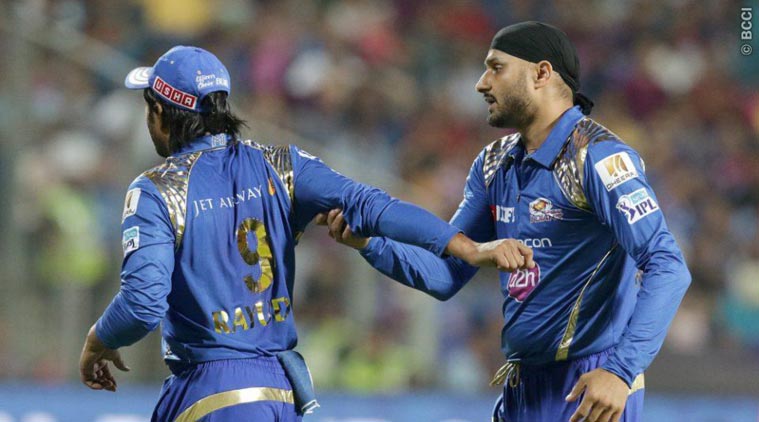 Earlier today, the CSK had to bat first after losing the toss and with spectacular batting from Suresh Raina (75), Ambati Rayudu (46) and MS Dhoni (26), they managed to put 169 runs on the board after 20 overs. In return, MI successfully chased down the target with 8 wickets in hands and got their second victory in the tournament.