Former Bihar chief minister and Rashtriya Janata Dal Supremo Lalu Prasad Yadav is a political heavyweight who still holds sway over Bihar’s electorate despite a series of corruption charges against him. His stint as chief minister was widely criticised for lawlessness which was infamous as ‘the Jungle Raj’. Known for his rustic demeanour, Lalu continues to enjoy support from the Muslim and Yadav community. The 69-year-old leader is a Bachelor of Law and a Master in Political Science from BN College, Patna University. Her wife Rabri Devi, who was anointed Bihar CM after Lalu was forced to resign over corruption charges, has no educational background. Here we have compiled the education qualification of Lalu Yadav’s two sons and seven daughters.

But did you know how educated is the rest of his family? Here’s a look at the educational qualification of the two sons and seven daughters of Lalu Yadav and Rabri Devi. 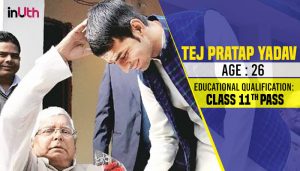 The elder son of Lalu Prasad, Tej Pratap Yadav was a Cabinet Minister for Health in Government of Bihar. He is an MLA from state’s Mahua presidency. He passed only up to 11th class and dropped out of school after failing the 12th board exam. Known to be deeply religious, Tej Pratap was in limelight for non-political purposes. Although he was born before Tejashwi, his birth certificate shows him as a year younger to his brother. In the 2015 election affidavit, Tej Pratap declared total assets of Rs 2.01 cr (Immoveable: Rs 88.72 lakh; moveable Rs 1.49 cr). This includes a Honda CBR1000RR motorcycle and a BMW car. 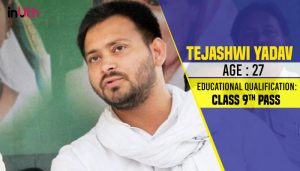 Widely considered to be the heir apparent of Lalu’s family, Tejashwi has inherited some of the oratory skills of his veteran father. He does not have any degrees under his name and is infact a class IX drop out. But during his first stint as MLA, his powerful father ensured that he gets the number two position in Bihar Cabinet. Tejashwi was given charge of education ministry also. Prior to politics, Yadav was also a cricketer. He has played as a middle-order batsman in one Ranji Trophy match and two limited-overs games for Jharkhand. He was also a part of the Delhi Daredevils for the 2008, 2009, 2011 and 2012 Indian Premier League seasons. Word has it that Lalu became President of the Bihar Cricket Control Board to promote his son in the most popular sports in the country. 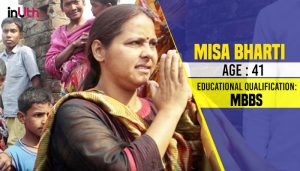 Misa holds an MBBS degree. She topped her MBBS exam from Patna Medical college and hospital before she got married to Sailesh Kumar, a software engineer, in 1999. Misa was admitted to the medical college on chief ministerial quota. Smelling foul play, Lalu’s opponents made hue and cry about her results as Misa had never excelled in her classes in the schools and college. However, she is still not a practising doctor. Misa reportedly lied about giving a speech at Harvard University’s John F. Kennedy School of Government, where she went to attend a talk on “new politics in the age of new media”. She allegedly went up to the podium and got herself photographed. After Harvard University rebuffed this claim publically, Misa pretended to have never made the claim. Misa was named after the then Prime Minister Indira Gandhi sponsored draconian Maintenance of Internal Security Act (MISA) in 1974. 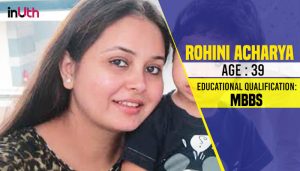 Like her sister Misa, Rohini was also admitted to Mahatma Gandhi Institute of Medical Sciences, Jamshedpur under chief ministerial quota. She was married to the then US based computer engineer Samresh Singh in 2002. Her marriage grabbed national attention for its extravagance. It turned out to be a nightmare for the car shop owners and other big businessmen. His supporters led by his brothers in law Sadhu Yadav and Subhas Yadav allegedly “lifted” 45 air conditioned cars from different show rooms across Patna. At least 100 sofa sets and plush chairs were carted away from several furniture showrooms to decorate six huge pandals, including the main pandal. Rohini is currently staying Singapore with her husband and three children. 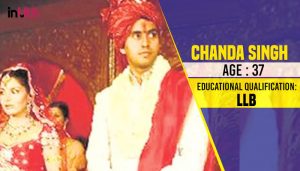 The 37-year-old completed her law degree from a famous Law college in Pune. She was married to Vikram Singh, an Indian Airlines pilot from Kapasheda (South-West Delhi) in 2006 when Lalu was Railway minister. She has a son named Arjun. Laloo Yadav decided to make Chanda who was relatively better at studies, a lawyer after the CBI charged him in several cases of fodder scam.

Also Read: Did you know Lalu Yadav and these 6 other politicians have acted in films? 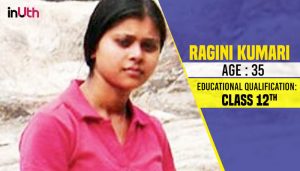 Lalu Prasad’s fourth daughter Ragini got enrolled in the Birla Institute of Technology in Ranchi under chief ministerial quota but did not complete her degree. She is married to Rahul Singh, the son of Ghaziabad-based UP Congress politician, Jitendra Yadav, who was once with the Samajwadi Party. Rahul, a hotel management graduate from Switzerland, had contested the 2017 Assembly election as an SP candidate but lost from Sikandrabad, Bulandshahr. The two have a son, Rudransh. 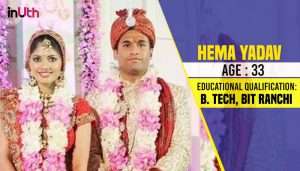 Like Ragini, Hema got admitted to Birla Institute of Technology in Ranchi under CM quota but after the initial hiccups she completed her course and got her degree. She married Vinit Yadav, who comes from a business family in Haryana in 2012. The couple lives in Delhi. 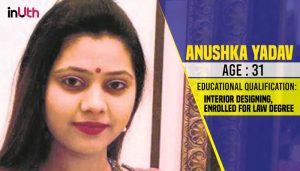 An interior designer, Lalu’s sixth daughter Anushka is currently pursuing her LLB from a college in Rewari. She married Chiranjeev Rao, former NSUI president and son of the then Haryana power minister Captain Ajay Singh in April 2013. A father’s daughter, Anushka had campaigned for her father-in-law who had contested from Rewari in the 2014 Lok Sabha polls. Anushka has a daughter, Nandini.

Also Read: After Rabri Devi, now Lalu Prasad Yadav comes up with ‘guidelines’ for his bahu 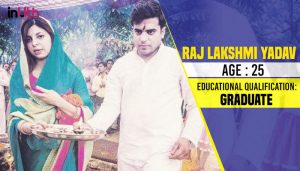 Born in 1990 in Patna, she is youngest among the nine siblings. Besides, she is Lalu’s only child who was born after he became the chief minister in 1990. She went to Amity University campus of Noida. There she reportedly met with Tej Pratap Singh for the first time. She is married to Mulayam’s grand nephew and Mainpuri MP Tej Pratap Singh,