Cinema is a reflection of the times we are living in. It tackles the political and social issues that the country faces. It goes without saying that cinema and politics are popular ingredients of the Indian culture. Especially, in southern states, cinema has played a key role in promoting regional culture and language and have made a successful transition from the movie business to politics. From MG Ramachandran, (MGR) to NT Ramarao (NTR), from Nargis Dutt to Shatrughan Sinha, there is a long list of actors who have made their mark in politics after trying their hands in the film industry.

However, it’s not just been a one-way road. There have been a few politicians too who have forayed into acting after a highly rewarding political career. Here is a list of seven politicians who have acted in films: 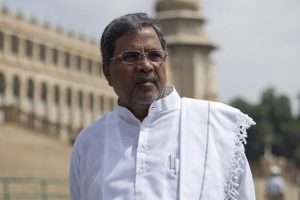 The Karnataka Chief Minister is playing himself in Kannada-English movie Summer Holidays which is currently on the floor. Speaking to a news channel, Siddaramaiah talked about his love for cinemas. He also said that he had participated in plays during his college days. Commenting on playing the role of a chief minister in the upcoming film directed by Kavitha Lankesh, he said, “She requested me several times. Finally, I had to relent.” 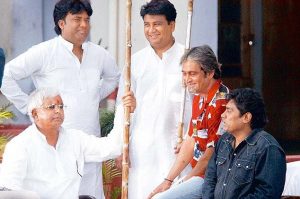 The veteran politician is known for his histrionics and makes a lasting impression on the audience with his rustic yet inimitable style. The former Bihar CM has himself proudly admitted that he is no less an actor than any Bollywood star. The 73-year-old had earlier did a small but impactful cameo in a film titled ‘Padmashree Laloo Prasad Yadav’ featuring Suniel Shetty. Besides this, he had also shot for two regional films, Mahua and Gudri ke Lal. However, these movies failed to make any impact at the box office. 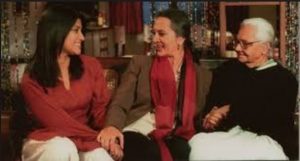 The CPI(M) leader has acted in Amu, an English film based on the 1984 Sikh riots which was directed by her niece Shonali Bose. She portrayed the character of Konkana Sen’s foster mother in the film. The movie traces the journey of a young American Indian who comes to back to the country looking for her roots. Her performance as a mother who tries to shield the traumatic past of the protagonist was hailed by critics.

Subhashini is a member of the Communist Party of India (Marxist) and wife of veteran filmmaker Muzaffar Ali. Her son is Shaad Ali who has also made several popular films as Saathiya, Bunty aur Babli and Jhoom Barabar Jhoom. She had designed period costumes for 1981 classic, Umrao Jaan. She had made her acting foray into 2001 Shah Rukh Khan starrer Asoka. In the film, she essayed the role of Khan’s mother Empress Dharma. It was followed by an English feature, The Guru, in 2002, and was seen again in 2005, with her fellow party member, Brinda Karat in the film Amu. 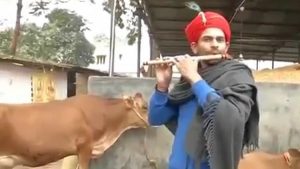 From riding a horse to controlling pollution, to donning a garb of Lord Krishna, the health minister never ceases to amaze us. Tej Pratap Yadav may come across as a politician who mostly avoids media, but it seems he could not hold himself back when he was to act in front of a camera. The eldest son of Lalu Yadav is debuting in a Bhojpuri film called Apaharan Udyog (Kidnapping Industry) that is centered around abduction in the state. The young minister is playing the role of a chief minister in this film. The scene starts when villagers angrily discuss the kidnapping of a young boy and demand police action. Suddenly the CM comes out and thunders, “The victim will be recovered soon… kidnappings in Bihar will not be tolerated. It is a conspiracy to defame the government.” 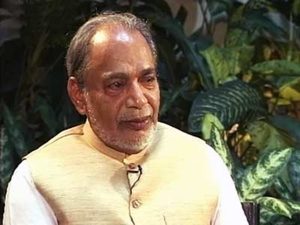 A proven administrator, Hegde had a long and successful political career. He was elected to the Rajya Sabha twice 1978–83 and 1996–2002. He stayed as the chief minister of Karnataka from January 1983 – August 1988. He also served as Minister of Commerce and Industry in the Union government (1998–1999). A versatile personality, Hegde acted in two Kannada films: Marana Mrudanga (Drums of Death), a 1992 Indian Kannada political crime drama and Praja Shakti (power of people). He was given pivotal roles in both the films. 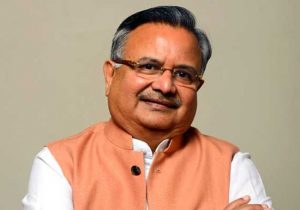 The Ayurvedic doctor turned politician is serving his third term as the Chief Minister of Chhattisgarh. The 65-year-old veteran made his debut in Chhattisgarhi film Ajab Jingi Gajab Jingi. The film was released in five theaters including a multiplex in Raipur in December 2011 but the film failed to draw any audience and tanked at the box office, reported Asian Age. The report also said that it fared the worst at the box office among all the Chhatishgarhi films released in that year.