Nawazuddin Siddiqui’s journey from rags to riches, without an iota of doubt, is INSPIRING. After ‘struggling’ (read working as a security guard and at a chemist to merely survive) for more than a decade, the NSD graduate managed to create an impact in Bollywood with Gangs Of Wasseypur. While we all know that the Black Friday star is happily married to a lovely lady named Anjali, the actor recently revealed a few uncensored details from his personal life and we are simply awestruck with his honesty. In his biography titled An Ordinary Life: A Memoir, the 43-year-old actor revealed about his one-night stand, two-timing and being a ras**l to women.

Here are a few chapters from his life we never knew existed: 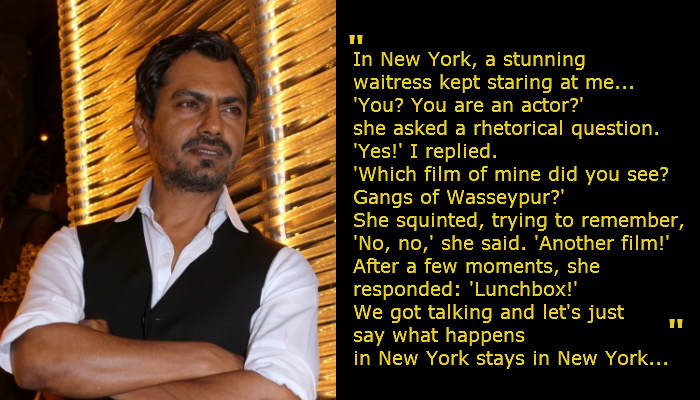 Also read: 10 statements by Nawazuddin Siddiqui that prove success belongs to those who do real struggle

His autobiography book also revealed Nawazuddin’s two-timing relationship- one with a Jewish girl Suzanne and another with his co-star from the film Miss Lovely– Niharika Singh. About Suzanne, Siddiqui revealed: 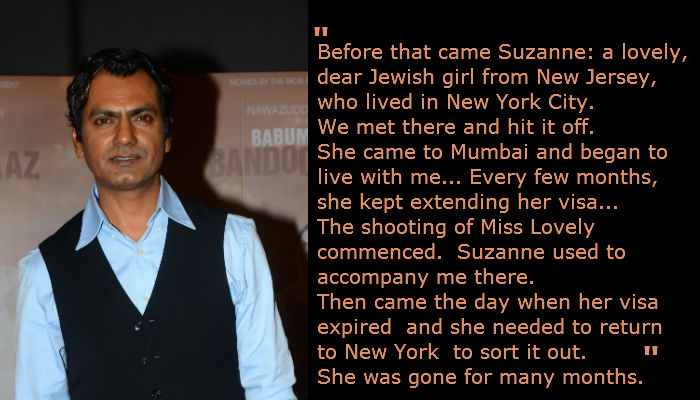 Also read: Nawazuddin Siddiqui reaches Cannes for Manto, recalls having only one suit the first time he walked the red carpet

And then Nawaz revealed how a relationship with Niharika started and lasted for over one year. He revealed Niharika was unwell one day, and he asked about it. Post that both the actors started talking and Nawazuddin invited Niharika to his home for a home-cooked mutton meal. He added: 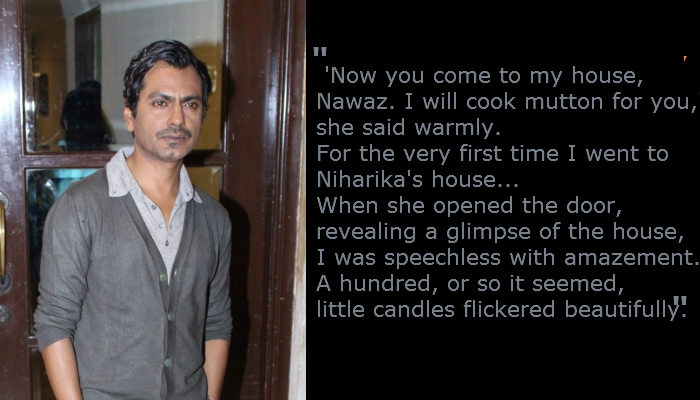 But when Niharika read the numerous emails Suzanne was sending him, she forbade him from talking to her. But the relationship with Niharika did not last long and Nawazuddin blamed himself for it. He revealed: 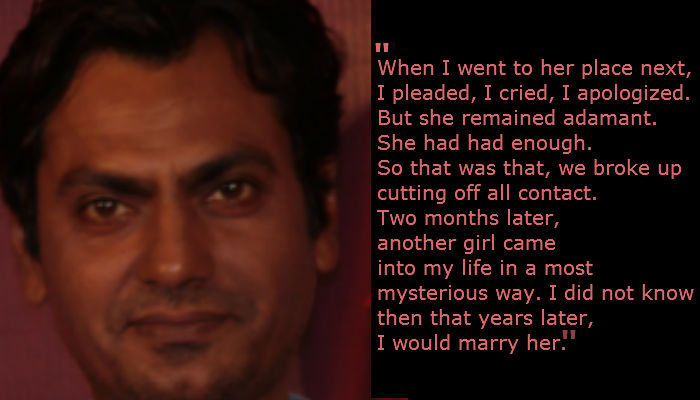 These were some revelations, right?