Okay, so the reports of Congress party’s upcoming ‘presidential elections’ on December 16 hasn’t been a surprise for anyone. Because everyone knows that the very obvious vice president Rahul Gandhi will surely emerge as its undisputed leader of the party.

After the supposed ‘election’ dates were announced on Monday, the party was ruthlessly slammed by his opponents, media as well as the social media trolls. However, like always, all this didn’t stop his supporters (read sycophants) from showering praises on their favourite leader.

Also read: Here’s why no one can stop Rahul Gandhi from heading Congress

But amidst all the sycophancy and hero-worshipping, what stood apart was the banner seen outside the Congress headquarters in New Delhi on Tuesday. The banner shows Gods of all religions blessing Gandhi. The congratulatory message reads, “Pandit Rahul Gandhi Ji has been blessed by Gods of all religions. Congratulations on becoming the party president.” 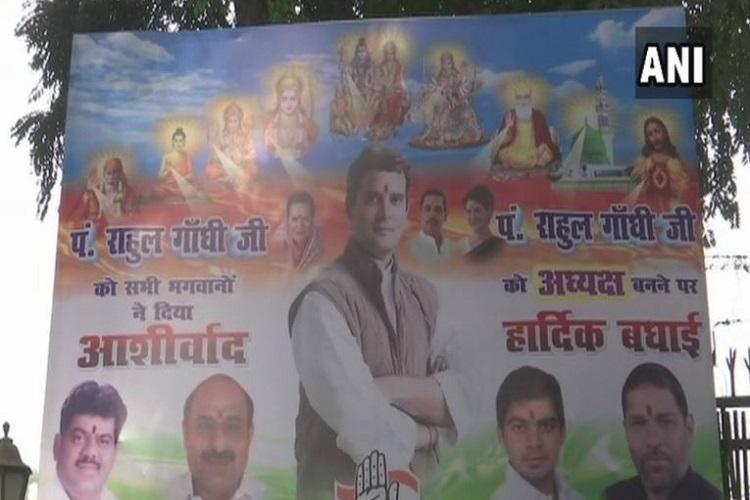 Banner outside the Congress headquarters in Delhi | Source: ANI

And there’s another one which believes that he would become India’s Prime Minister in 2019. 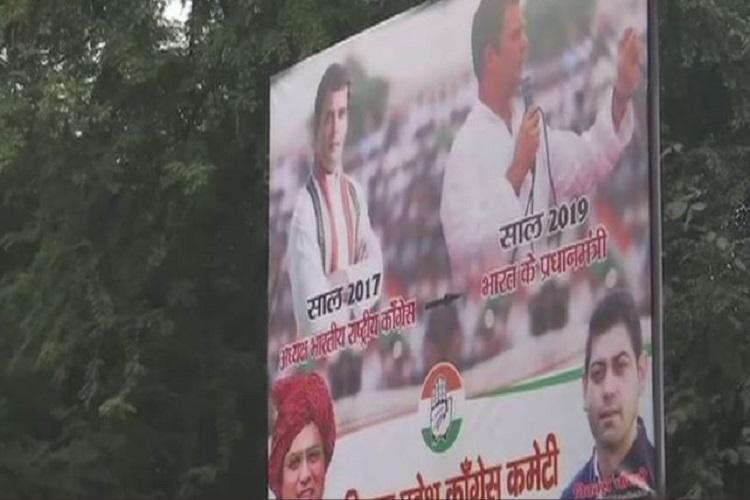 Well, that’s some serious combo of sycophancy and secularism! Hope Gandhi gets all the divine assistance that his supporters have been wishing for.