A Parliamentary Standing Committee has come down heavily on Indigo airlines following several complaints of  “uncooperative and condescending” behaviour of the airliner’s staff.

In a strongly worded report, the panel called the airlines staff “uncooperative and condescending” adding that, “the problems afflicting airlines are not personal but institutional.”

The Committee also noted that recently there were many incidents of manhandling, discourteous and rude behavior by airlines staff, both ground staff and cabin crew. Some of them were reported in the media and a large number of them went unreported.

Also Read: #Shame: IndiGo, can you really get away with abusing and manhandling passengers?- Watch Video

“An airline like IndiGo needs to look inwards to see what the reason is behind its employee’s rude, discourteous and indifferent behaviour towards customers,” the panel said in its 26 page report.

The member of the committee also stressed on the need to provide proper training to the airlines staff especially on soft skills and passenger handling. 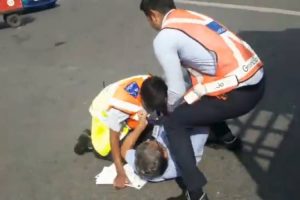 When President of the Indigo Airlines Aditya Ghosh was called to deliberate on “Issues related to improving consumers’ satisfaction of airlines,” he reportedly told the committee that young people from villages and small towns do not possess the talent to succeed in the consumer service industry.

“We have lot of young people with so many degrees but the talent we require is not there,” Ghosh told the panel headed by Trinamool Congress MP Derek O’Brien

“IndiGo is hiring people from tier-II and tier III cities and creating jobs there. Those who studied in government schools or mohalla/village areas cannot be trained to speak fluent English within a span of four to five weeks.” he added.

Though the panel disagreed with him and pointed out that government schools and colleges produce some of the the best students in the country.

The Parliamentary panel report drew both support and criticism on Twitter.

While a section of tweeples welcomed the panel report saying, Indigo totally deserved it, others wondered why similar strictures were not issued against Netas who misbehave on flight.

Very happy with the Parl Panel stand on the Indigo matter. These airlines need to be taught a lesson in staff management. #IndigoSlammed

what u’ll look i had complained so many times into your customer care and they said no one have stolen anything.. and from that time i never prefer to fly with indigo..#indigo #indigoslammed #indigostaffchorhai @IndiGo6E

You absolutely deserve what you got today.This is not over yet. What you did to us that day was shameful! #IndigoExposed #IndigoSlammed @republic @TimesNow help us. We are fed up!

#IndigoSlammed @IndiGo6E The success got into Indigo’s head. Now ur r trapped, every action of urs will be closely observed. Be careful

Indigo is the best and cheapest airline on date. Why are they being targeted? Looks like many don’t fly Air India to get a feel of their attitude and behaviour.

The way many passengers behave with the staff they do need a slap. Sad the politicians who slapped airlines staff were let off by them and the govt. A few slaps to them would have stop repetition of such attitude

#IndigoSlammed for assault on passenger. Who will slam the unruly netas who delay flights, assault airline staff, misbehave with co passengers ?@Ashok_Gajapathi