Dangal is on a record-breaking spree in China. The Aamir Khan film which has been titled as Let’s Wrestle, Dad in China has minted Rs 649. 03 cr at the Box Office so far. The film has refused to slow down and is racing towards a humongous collection. A sports drama, Dangal is the first Hindi film to have crossed Rs 1000 cr worldwide post its release in China. But, what is it which is making Chinese audience love this film so much?

In India, the factor that helped the most in its success was the presence of one of the most loved actors in the country, Aamir Khan. The actor’s weight transformation and the hard work he put into his character made for a great buzz around Dangal. Indian movie-goers know what to expect from an Aamir Khan film and that’s why the film went on to become the highest grossing Indian film upon its release until of course, Baahubali 2 was released and thrashed all the existing Box Office records.

But, the love for Aamir Khan isn’t the case with Chinese audience loving Dangal so much. Here are a few facts that would make you understand why the Nitesh Tiwari directorial is such a grand success at China Box Office. 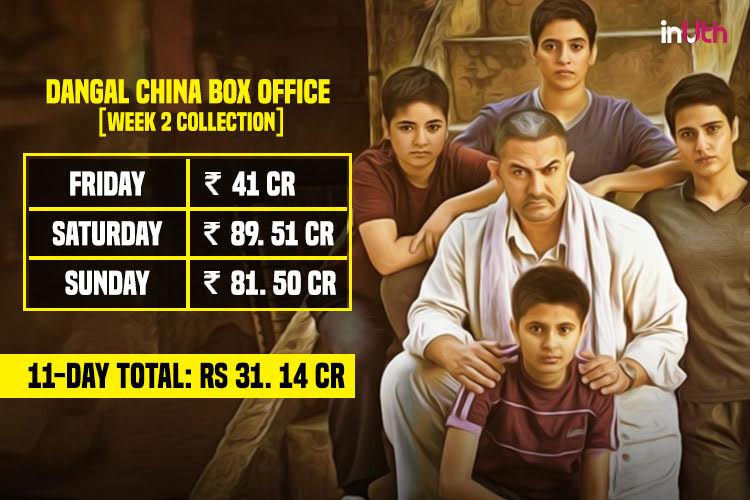 1. Dangal is a sports drama
The film encourages a sport. It talks about wrestling and the passion of wrestlers towards this sport. China’s love for action, especially martial arts is inevitable. Every child in the country is trained for the same. So when a film like Dangal releases, the connectivity factor increases, and people can relate to the emotions.

2. Dangal shows the story of an underdog
The Aamir Khan movie, which also features Sanya Malhotra, Fatima Sana Shaikh and Sakshi Tanwar in pivotal roles, is the story of an underdog. A father who couldn’t win a gold medal for his country invests his emotions in his daughters. He trains them and makes them the wrestlers of international level. Most of the highest grossing films in China talk about an emergence of an underdog as a hero. For instance, most Jackie Chan films show him as somebody who slowly emerges as the hero by discovering his strength and becomes the saviour for all.

3. Dangal has a universal content
The language of love and emotions is same everywhere. Apart from being heavily studded with sports drama, Dangal is a father-daughter relationship story at its heart. The story shows how a father struggles day and night for years to ensure an international recognition for his daughters. In fact, even when Geeta, his elder daughter doesn’t give him enough respect, he tries to make peace with it. Films which are so high on emotional value are bound to do well among all kinds of audience.

4. Wrestling in itself is a big sport in China
Forget martial arts and other sports, China is engulfed with wrestling-mania. There are wrestling schools and China has also been actively organising pro-wrestling leagues for some time now. Dangal also serves a rich content when it comes to telling the basics of wrestling technique in the film. Remember the paanch number vala daav which is difficult but not impossible? The team of the film has done quite a great job in explaining A-Z of wrestling.