So, after watching SS Rajamouli’s Baahubali 2 for the third time, I noticed many things that I could not grasp in the previous two times. Like I realised how Rajmata Sivagami Devi had to always keep her eyes wide open, no matter whether she’s expressing love, anger, concern or disappointment. And that along with Devasena’s bright clothes, her designer bindi also had a lot to do with her confident look. But, apart from these tiny details, I also observed something very peculiar, that apart from the main 6 characters in the story, there was another very essential character without whom the valour of Baahubali would have never been same.

So the story of Baahubali: The Conclusion has Bhallala Deva (Rana Daggubati), Devasena (Anushka Shetty), Sivagami (Ramya Krishnan), Kattappa (Sathyaraj), Baahubali (Prabhas) and Bijalladeva (Nassar) as pivotal characters. And the rest of the cast either consists the subjects of Mahishmati kingdom or the poor praja. And among all the praja members, there was a woman who always showed too much affection for both Amrendra and Mahendra Baahubali. In fact, not just Baahubali, this woman, whose name was not revealed in the film, seemed obsessed with the entire Baahubali clan.

She is first introduced in the film during Sivagami’s intro scene. When the queen enters the Shivalaya to complete the pooja, this woman sees that the feet of her queen are bruised, she immediately starts chanting ‘Sivagami Devi Ki Jai’ and then also throws flower petals in her way. Then, she is the one who looks the most disappointed and grief-ridden person when Bhallala Deva is declared as the king and not Baahubali. She shows some extra energy while shouting ‘Baahubali Jai Ho…’ during the scene when Amrendra Baahubali is being anointed as the Senapati of the Mahishmati.

Also read: This is the most popular scene from Baahubali 2. For obvious reasons

Then again, when Baahubali passes away, this woman is the only person who is showed as the most helpless person in the reign. In that particular scene, she doesn’t say anything but emotes like: 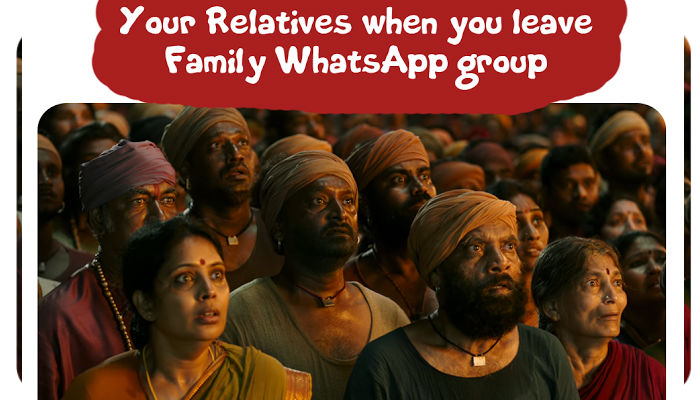 Mind you, she’s also the one who takes care of Mahendra Baahubali and recognises the fellow as their late leader’s son. This woman is always there for Devasena too during her pregnancy.

Isn’t it amazing how every character has such a prominent role to play in the story? Please let us know if you have any details about this lovely actress.

Oh, and by the way, I am soon going to watch the film for the fourth time!