DJ and Producer duo The Chainsmokers have just dropped their album Memories… Do Not Open. Alex Pall and Andrew Taggart have released one hit after another and this is their first full-length album with Columbia Records. The Chainsmokers are currently among the best newcomer artists that there are. Their single ‘Closer’, which was recorded in collaboration with Halsey, was one of the biggest hits last year. Their  ‘Don’t Let Me Down’, featuring Daya, also won a Grammy for Best Dance Recording at the 59th Annual Grammy Awards in February this year. 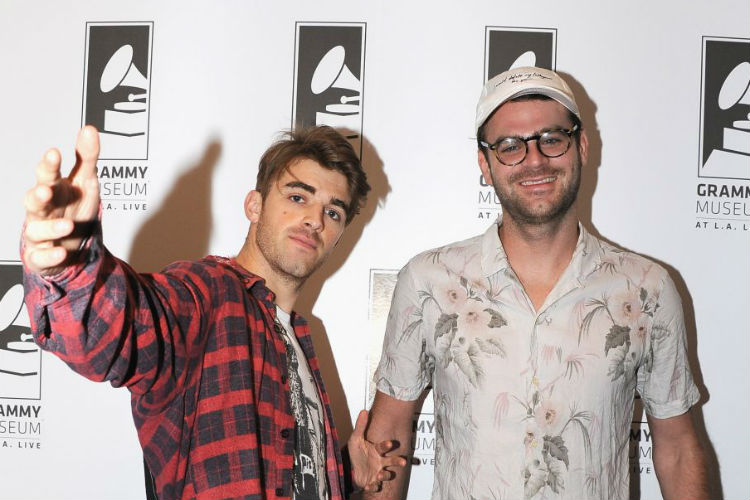 The Chainsmokers won the Grammy Award for Best Dance Recording at the 59th Annual Grammy Awards for ‘Don’t Let Me Down’ (feat. Daya). (Courtesy: Grammy.com)

ALSO READ: The Chainsmokers’ single ‘Paris’ is here and you’ll love it!

The band had previously released two songs ‘Paris’ and ‘Something Just Like This’, which was recorded with Coldplay. Both songs are included on the 12-track album. Aside from Coldplay, Memories… Do Not Open also features several other artists including, Emily Warren (‘Don’t Say’ and ‘My Type’), Louane (‘It Won’t Kill Ya’), Jhené Aiko (‘Wake Up Alone’) and Florida Georgia Line (‘Last Day Alive’).

However, as much as we were happy with the release, the songs are mainly unimpressive. Not that they are bad but, they are not as catchy as the previous Chainsmokers songs.

Here is the full tracklist for the album: