French businesswoman and a mother Samira Amarir wanted to impart Islamic faith to her daughter and so she invented a Barbie-like doll who can recite passages from the Quran. The doll is called “Jenna” and she wears abaya robe with a matching lilac coloured hijab. The idea behind it was a simple one- to do something good for their daughter. Watching it gain popularity among friends in the town of Chantilly, France, Amarir suggested her husband, Adil ­Amesrouh, to turn it into business and try to sell it in Dubai.  ­Amesrouh agreed quickly and then together they travelled the world looking for the right manufacturers and sellers. 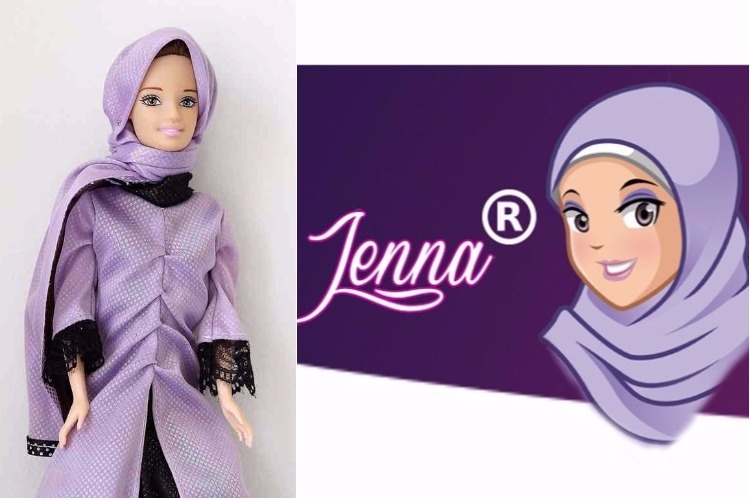 ALSO READ: This woman spent Rs 16 LAKH to look like Barbie. This is what she looks like!

According to Samaira Amarir, when her daughter turned four she wanted her daughter to learn and play all at once. A doll that can recite Quran, she thought, would make the learning easier and quicker. Her name Jenna is derived from an Arabic word that means heaven. Jenna was designed using an online modeling software. The idea was to give her a darker complexion and light makeup. On being asked in an interview with The Dailywire about why she chose a darker tone, Amarir says, “For me, it was important that the doll would show something my daughter can recognize herself in, or recognize her mother at least.”

Jenna can recite four short and easy verses from the Quran and has entered mass production to teach young children about their religion in an interesting way. “They’re short and very impactful in their meaning,” Amesrouh says to The National. “Those are the ones that kids learn in school at a very early stage.”  Samaira Amrir along with her family has moved from their home in France to the United Arab Emirates to market the doll in the wealthy and religiously conservative Gulf. The doll is being manufactured in China and is now on sale in countries like Saudi Arabia, Kuwait, Bahrain and the UAE.