If you have ever wondered how tall your favourite actor or actress is, you are not alone. After all, there’s a reason why height is one of the top suggestions to pop up when we look up a star on Google. Sometimes we see the lead actress wearing flats simply because the actor is short. Other times actors tower over even the tallest of the actresses. But are these stars really as short/tall as they look on screen? While most of our stars appear larger-than-life on screen, it is not always that they boast a height to back up that persona. Let us have a look at actors and their heights in reported figures.

The ‘angry young man’ of Bollywood must have been the perfect example of a tall, dark and handsome guy when he was in his prime age. With a height of 6 feet 2 inches, Amitabh Bachchan towers over his wife Jaya Bachchan (remember the scene from Kabhi Khushi Kabhi Gham where Jaya Bachchan uses a stool to tie her husband’s tie). 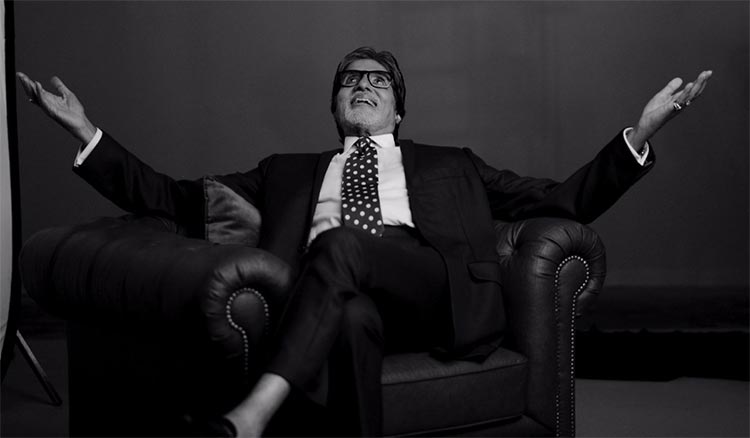 Like father like son (at least when it comes to appearance), Abhishek Bachchan naturally has a good height and good looks for which he could give the credit to his genes. He is 6 feet 3 inches tall and is only minutely taller than his father. 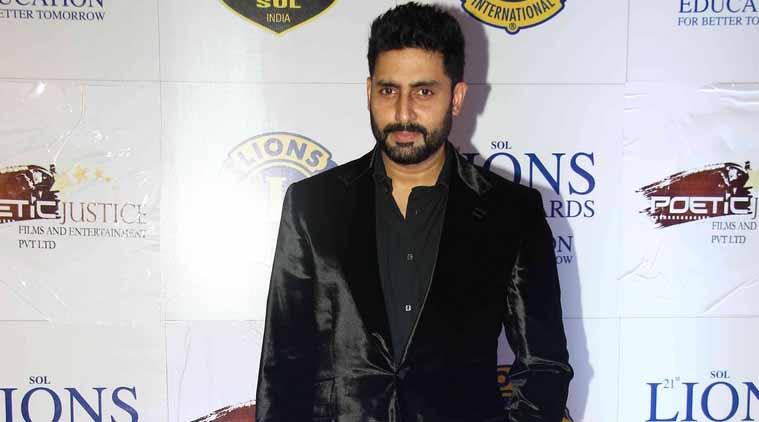 With the looks of a Greek God, Hrithik Roshan has a huge fan following all over the world. But despite what assumptions you might have about his height, Hrithik is only 5 feet 10 inches tall. He sure is above average height but he misses the 6 feet club by two inches.

This dimpled beauty has been a model before she stepped in Bollywood. Born to a badminton player it comes as no surprise that she played a lot of sport growing up and is 5 feet 8 inches tall.

At 5 feet 8 inches, King Khan may not be the tallest guy in the industry, but he certainly makes up for it in looks and acting department. 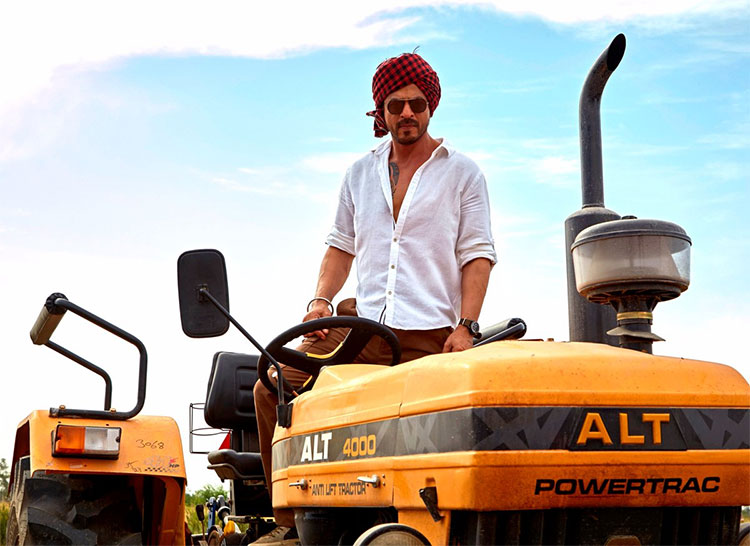 With a body like that and his Dabangg persona, the actor usually appears larger-than-life on screen. But in real life, Salman Khan is only 5 feet 6 inches tall. Despite his not-so-tall height, this guy knows how to work his good looks in his favour. 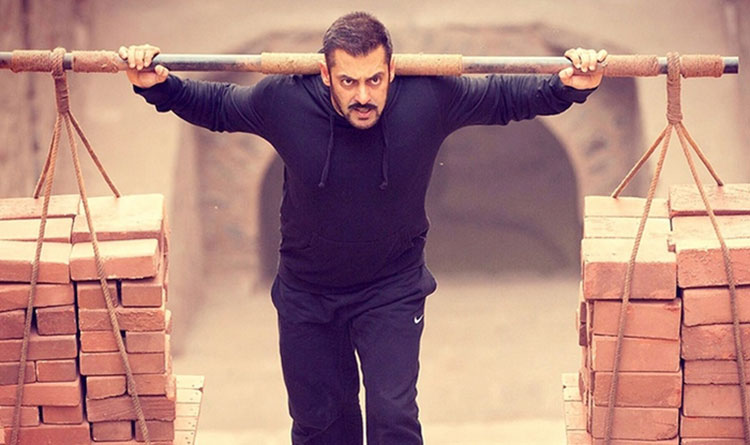 One of the finest Bollywood actors, Aamir Khan is only 5 feet 5 inches tall. But that has no effect on his work whatsoever. Can we safely say here that big surprise comes in small packages? 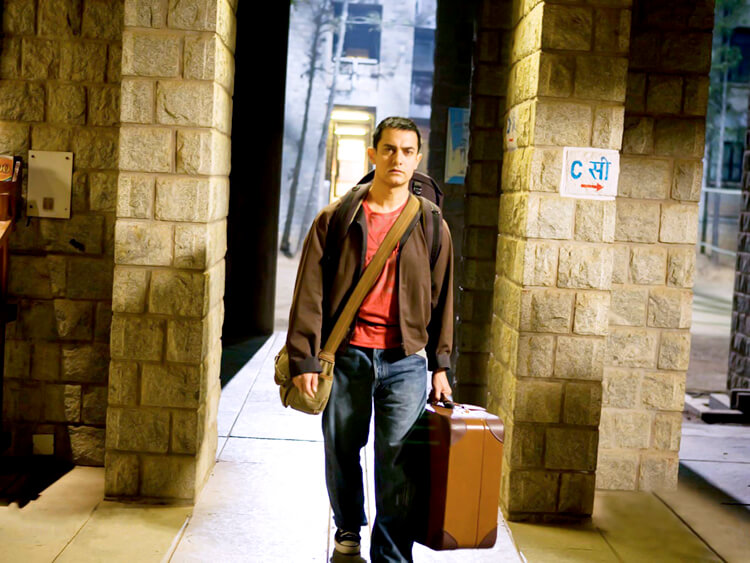 Disha Patani who won most of the awards meant for newcomers this year is talented, beautiful and to add to that has a good height as well. She stands tall at a height of 5 feet 7 inches. 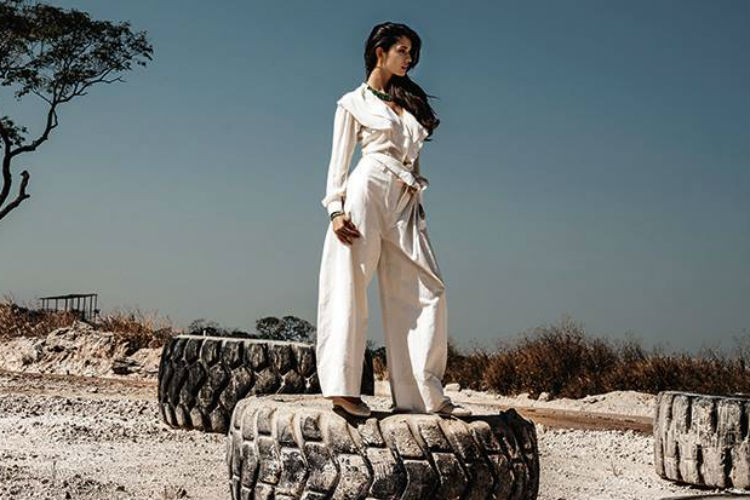 An underrated Bollywood actor, Irrfan Khan has done a fair share of Hollywood movies. It is only in the recent years that Bollywood recognized his worth. With stellar acting skills, he has earned critical acclaim for his work. He stands tall with a height of 6 feet and fits the bill of tall, dark and handsome. 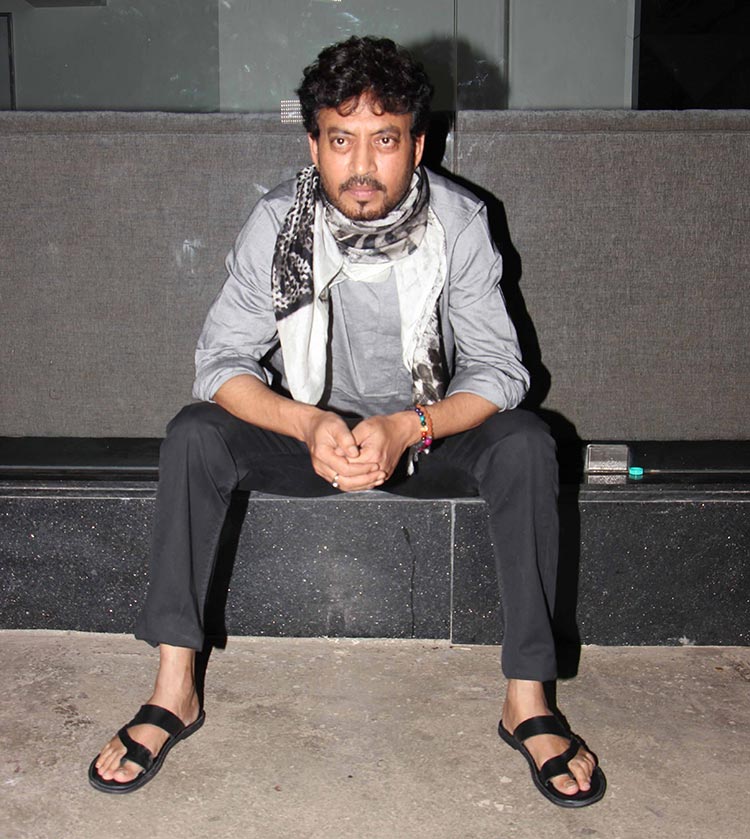 Akshay Kumar has a personality you just can’t ignore and he is considered as one of the fittest actors in the industry. Standing at a height of 5 feet 11 inches, the actor is tall enough and does not require any more inches. 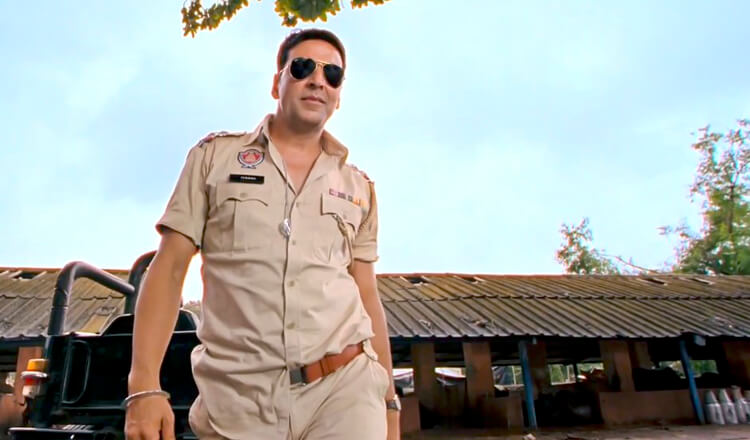 The chocolate boy of the tinsel town, Ranbir Kapoor has everything it takes to be a good actor. In fact, it’s in his genes. His innocent face, charming personality paired up with 6 feet height is enough to make him a heartthrob of many female fans. 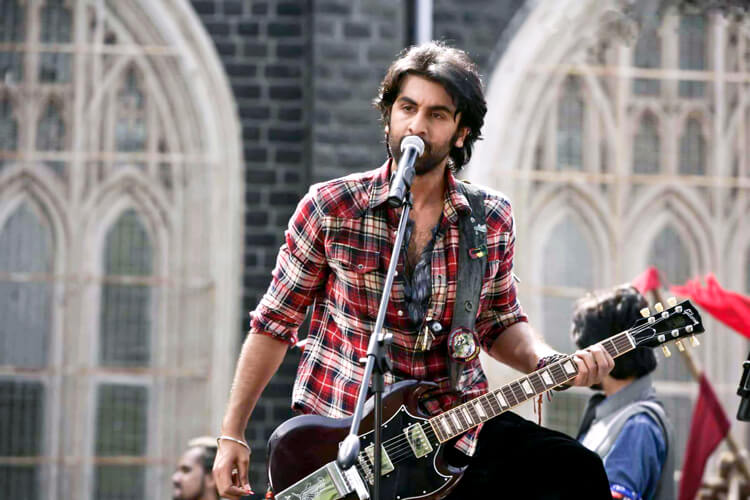 Anushka Sharma has made it big in Bollywood without any outside source. And her acting has improved a lot since she first started her career. When you are an outsider, a good height helps you to get noticed (we guess) because Anushka Sharma is really tall with a height of 5 feet 9 inches. 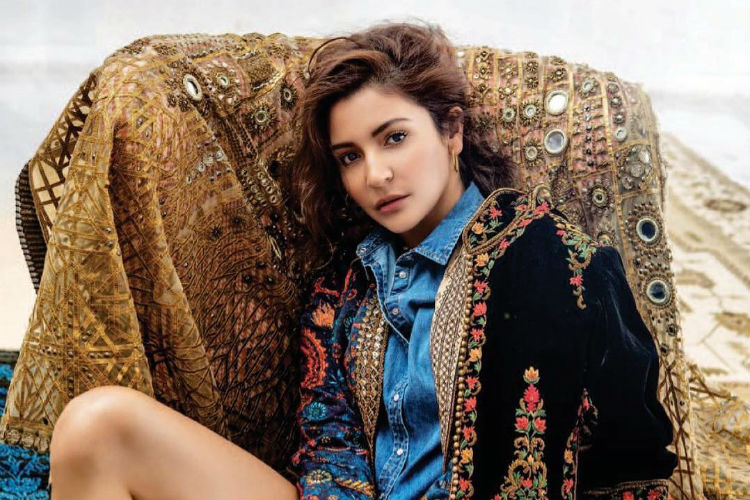 Varun Dhawan entered the industry with Karan Johar’s, Student of the Year. And since then he has been a complete entertainment package. Standing at a height of 5 feet 9 inches, he is almost average in height with above average acting skills. 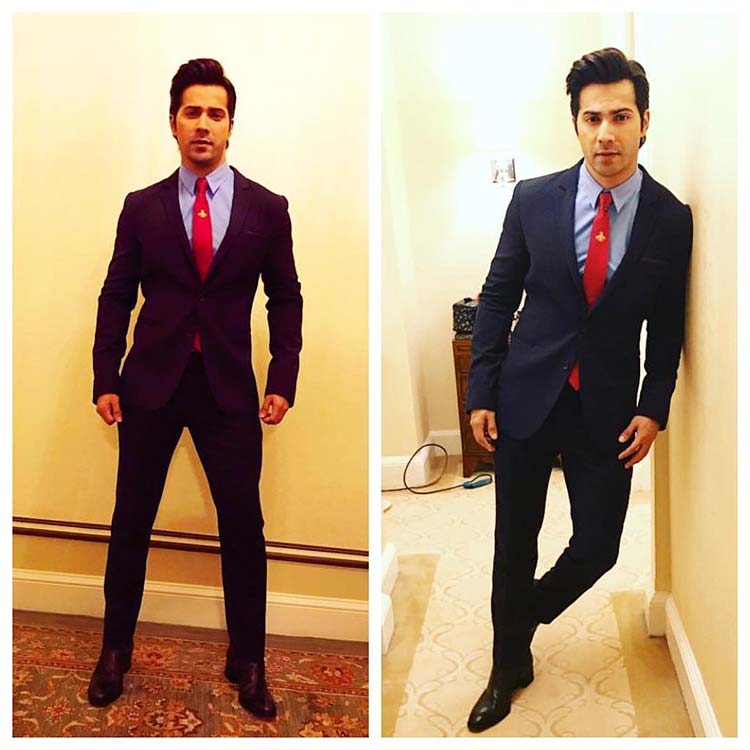 Sidharth Malhotra might not have a filmy background but it was hard for the directors and producers to not notice this gorgeous looking man. He is quite tall with a height is 6 feet. 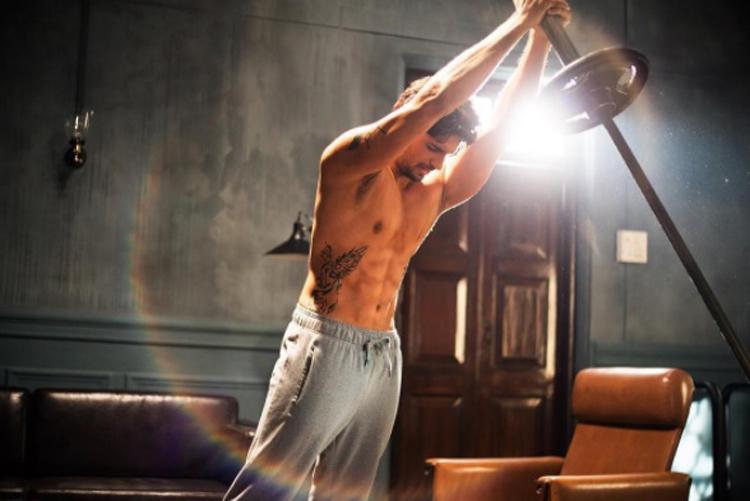 As cute as she looks, Alia Bhatt has a cute height to match those looks- 5 feet 3 inches. Her petite height and girl-next-door looks are what makes her a favourite among the masses. 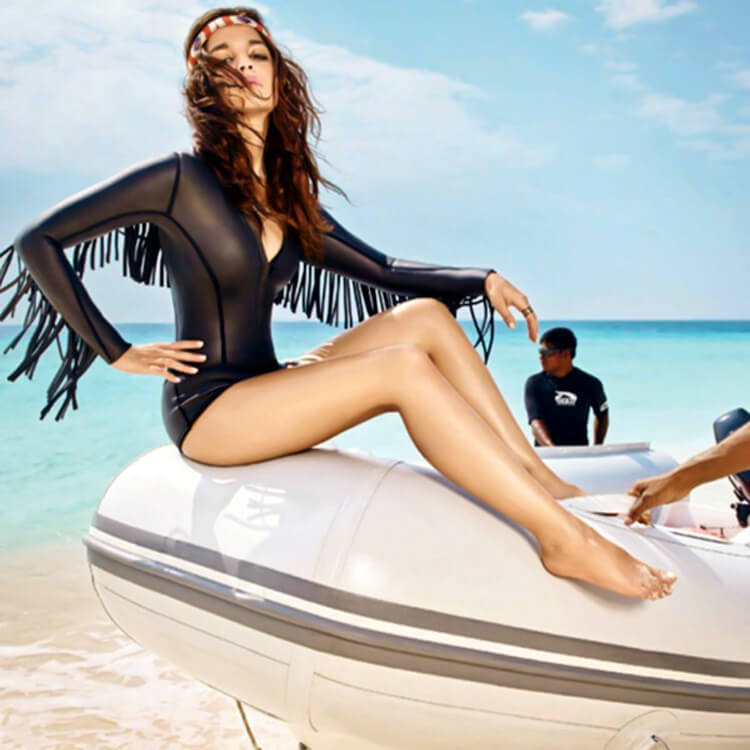 Ranveer  Singh is always brimming with energy and is a one-of-a-kind entertainer that Bollywood has ever seen. At 5 feet 10 inches, he may not be tall like his contemporaries but he makes up for it with his persona. He is already extra, we don’t need more of him. 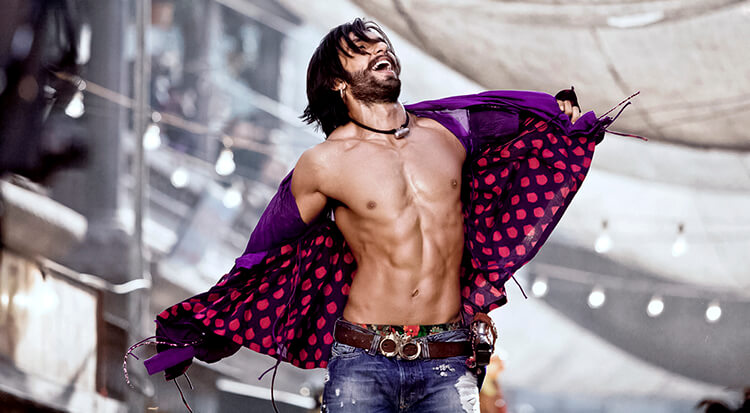 Tiger Shroff ‘s fit physique and dancing skills make him popular among the audience. At 5 feet 9 inches, the actor is a complete package.

ALSO READ: Shah Rukh Khan to Akshay Kumar: Do you know about these 7 Bollywood actors and their business venture?