Aamir Khan’s Dangal became the first Indian movie to create history by crossing Rs 2000 crore mark worldwide. The film has not only made India proud but has also proved that it is only good content which makes or breaks a film at the box office. While Aamir Khan and the entire team of the film is still getting praised for their powerful performance even after 8 months of its release, people are still not tired of watching the film again and again. Well, to celebrate 70th Independence Day and the film’s success, a Dubai based bakery named Broadway Bakery has created a 54 kgs Dangal inspired cake, which is also said to be the world’s most expensive cake. Yes, you read that right! 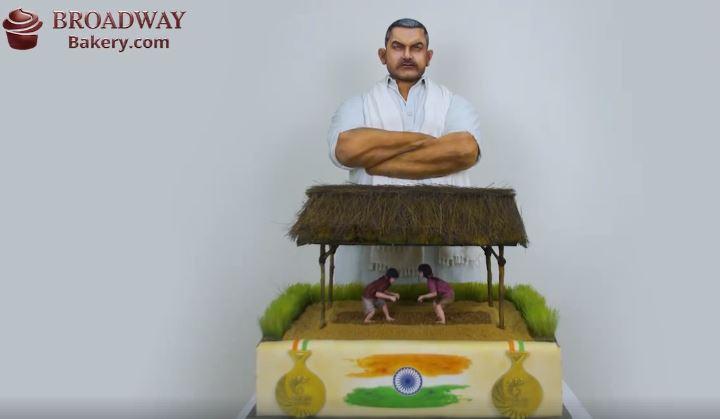 ALSO READ: Watch: Is Aamir Khan to be blamed for these EPIC workout failures?

The bakery shared a making video of the cake on their Facebook page with a caption ‘Tribute To India’s Independence Day’ and also wrote a long post in which they revealed some amazingly shocking details about the cake and people are already in love with the masterpiece. Not just the detailed figurines but what makes this cake special is that the medals on it are coated with 75grams of edible gold. 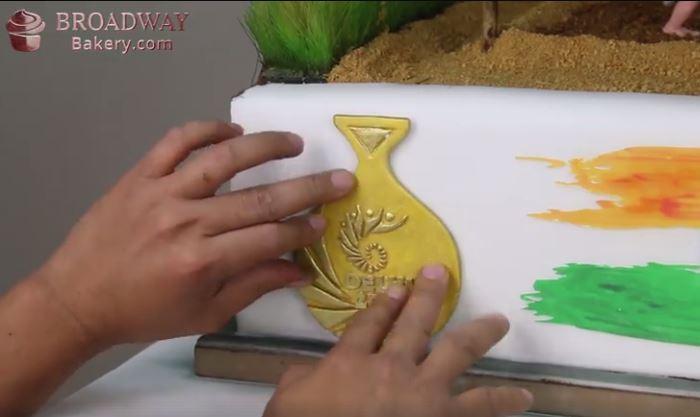 The cake features a 4 feet tall model of Aamir Khan as Mahavir Phogat with small sculptures of Geeta and Babita practising wrestling in a makeshift akhada. You would be surprised to know that the whole team at Broadway Bakery studied Aamir Khan’s personality for over a week to perfect the model. 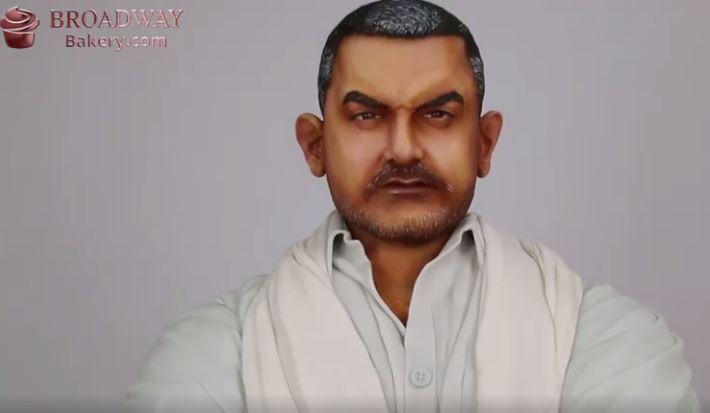 ALSO READ: Search sunglass 5 most expensive sunglasses in the world we doubt even our Bollywood celebs could afford

The customised cake is made on request of a client and it took 3.5 weeks and 1,200 man-hours to create this $40,000 work of art which can serve approx 240 guests. The cake is 100% edible and apart from the figurines and other decorative elements on it, the fresh sponge has been used at the base of the cake which weighs almost 30 kgs. We are totally in love with this cake. Aren’t you?