Ask anyone to name the one dessert that they relish the most and you know what their answer would be– ice cream! People from all age groups across the globe love to munch on this tantalising dessert during the sultry summer months. From gulping chunks of Slurpees to dipping your senses in a cup of creamy gelato, ice cream is not just a dessert, but also a friend that lifts our mood when we don’t feel good.

It’s a universally accepted fact that you can never go wrong with an ice cream for your dessert, but what if your ice cream had lobster chunks in it? Or if it was made from squid ink? Would you still dare to eat it?

Well, folks here’s a list of weird ice creams around the world that will give you chills (literally):

1) Ice-cream that glows when you lick it 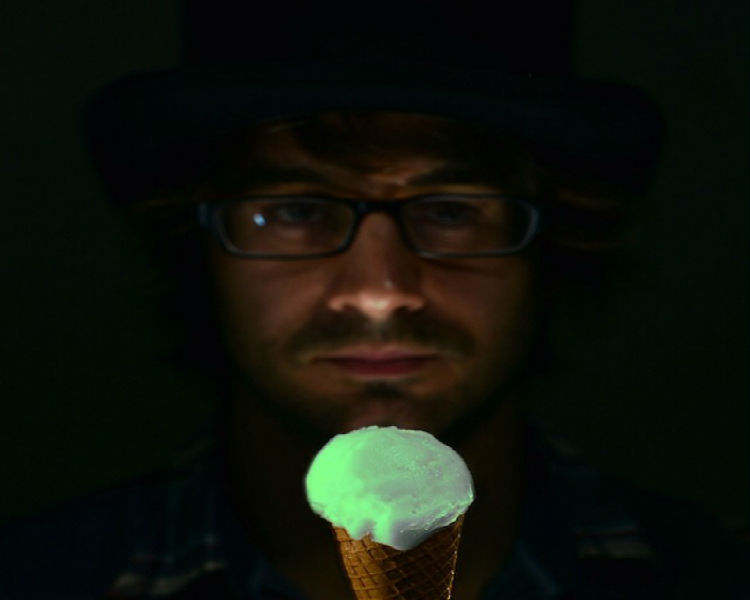 On the top of our list is a glow-in-the-dark ice-cream that glows when you lick it. The founder of UK-based dessert innovation company ‘Lick Me I’m Delicious’, Charlie Francis created this unique ice-cream and the secret to his innovation lies in a sea creature called jellyfish. He uses a protein extracted from the jellyfish to make his ice-cream glow. In case you were wondering, it is available only in the UK. 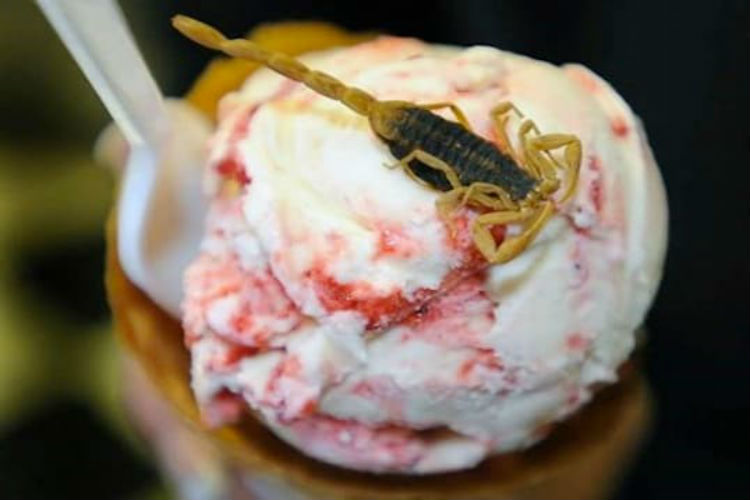 Up until now, you must have heard about scorpions being eaten in some parts of the world. But would you dare to try an ice cream with a scorpion on it? Scorpion sting ice-cream is made from various hot sauces including ghost pepper and it is topped with a frozen scorpion. 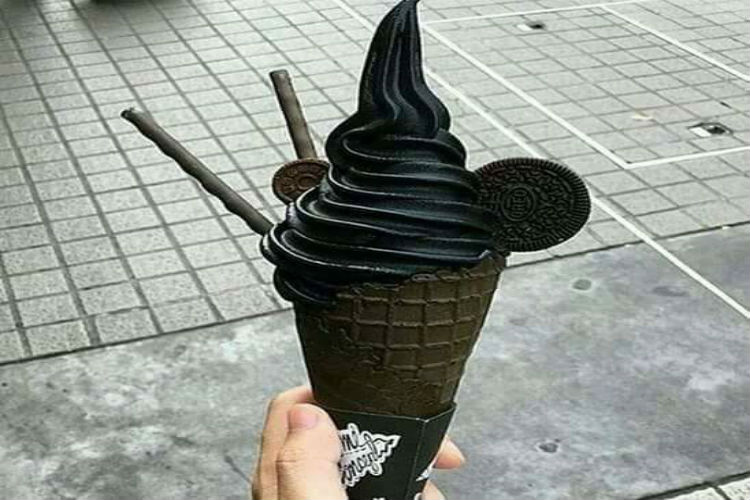 Are you obsessed with the colour black? Well, this ice-cream is for you. It contains activated charcoal and currently, it is being sold at ice-cream parlors in Los Angeles. Gone are the days of eating black burgers! 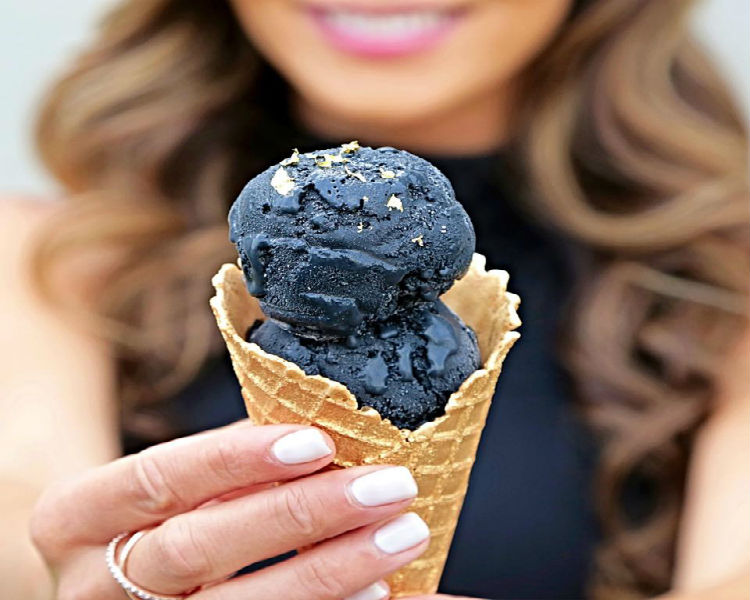 Sea creatures are an inspiration to a variety of dishes. After a glow-in-the-dark ice-cream, it’s time that you try a dessert that is made from squid ink. However, if you want to taste it, you will have to travel to Japan.

ALSO READ: Photos: Is there such a thing as Goth ice cream? Shut up and take my money 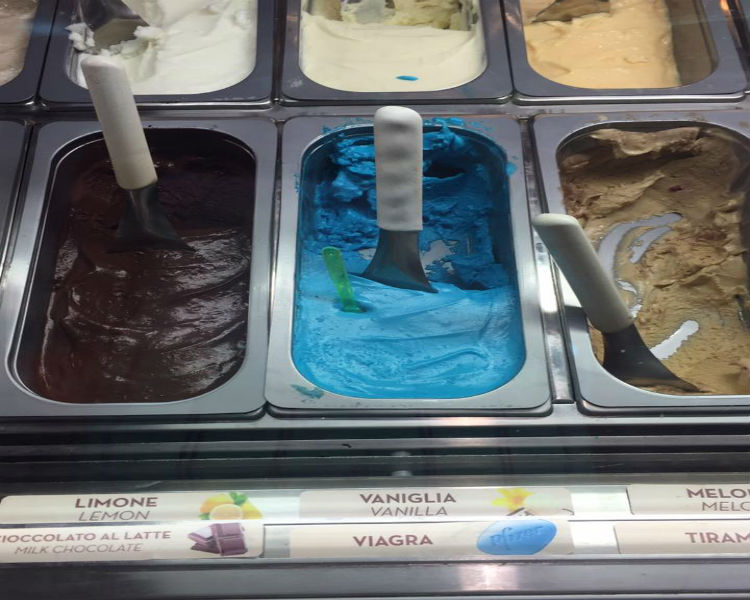 Italy is known for gelato and the flavours usually vary with the region and season. But this ice-cream has nothing to do with either one of them. Viagra ice-cream looks just like the tiny pill and is available only in Italy. 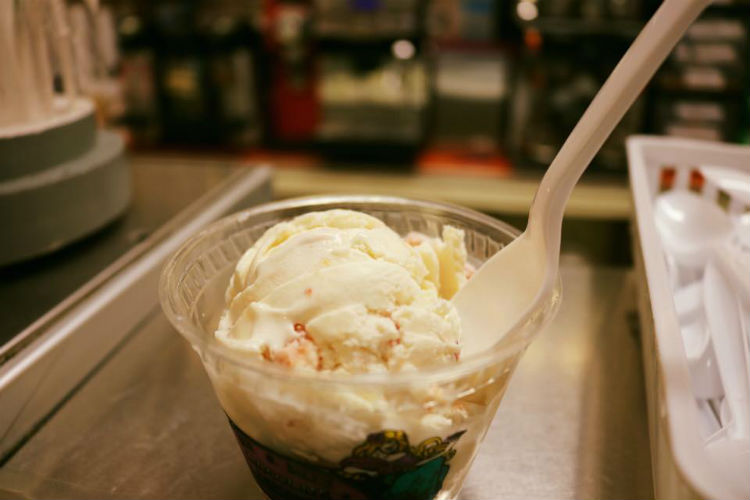 Are you flying to the United States anytime soon? If you are, do not forget to try the lobster ice-cream at Ben & Bill’s Chocolate Emporium in Bar Harbor, Maine. The dessert contains actual pieces of lobster (in case you were curious).

ALSO READ: Japanese created ice-cream that ‘doesn’t’ melt and we are not happy 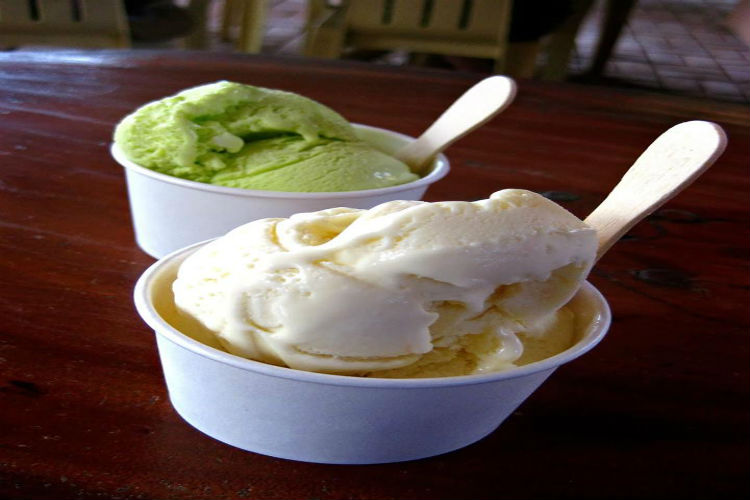 Crocodiles are usually hunted for their skin, which is used to make fine quality leather. But do you know that their eggs are used for making ice-cream in the Philippines? An ice-cream shop in the country sells crocodile egg ice-cream in three different flavours– Vanilla, Pandan and Durian (which is a local fruit). Would you give this one a try?