Guess what? While you were penning poignant status updates about chai being bae,  an American woman, Brook Eddy, took India’s favourite beverage to Colorado and became a millionaire.

*Order a cup before you start reading this*

Eddy’ launched Bhakti Chai, a B Corp in 2017 and the company’s projected revenue for 2018 is of seven million dollars.

Eddy came to India like any other backpacker tourist in 2002 and she went back with a million dollar idea.

Apparently, she fell in love with the cup that drives the nation and decided to make it her own. When Eddy went back to the US, she craved for the same brew but the local cafe’s in Colorado had nothing close to what she tasted in India. So she started with selling one-of-a-kind infusion in mason jars from the back of her car and soon launched its first website.

But do you know she is not the first one took something Indian out of India and made it even more popular? Check out other instances here:

1. Chaiwala Chai: Last year, a Canadian couple fell in love with tea so much so that they started selling freshly blend Masala Chai in Toronto. Eamon & Rebecca had first tasted tea in Australia. Later, they decided to travel to Asian countries just to try chai. Eventually, they decided to open a chai shop in Toronto and named it Chaiwala Chai. Well, they even have a YouTube channel solely dedicated to chai.

2. Jhalmuri Man: Popularly known as Jhalmuri man, Angus Denoon took this snack on the roads of London. He visited Kolkata in 2003 and fell in love with jhalmuri. When he was asked to make something from Kolkata, he tried his hands on jhalmuri and voila! he made it perfect. Since then, we roam around on the streets and sell jhalmuri.

3. SpiceBox: As vegan food became popular in London, Grace Regan started SpiceBox with the aim to bring meat-free dishes to the masses. She started Indian takeaway/delivery chain after out of frustration for not being able to get a decent takeaway curry in London. She serves different variations of Indian street food. But how it all started? In an interview with About Time Magazine, she revealed about her journey. Grace started with delivery and takeaway orders but it was hard to get the word out, so soon she moved to street food and things started changing. She was even nominated as a Young British Foodies street food finalist 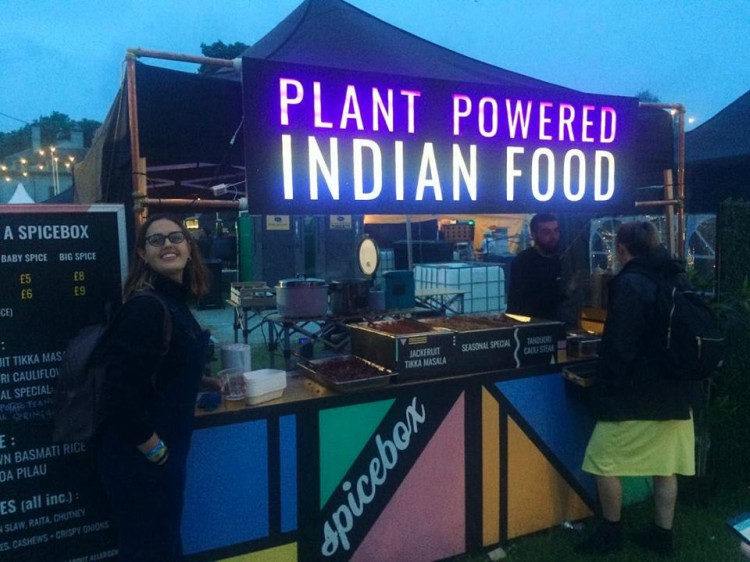 Isn’t amazing to see how the love for food unites so many people across borders!