It’s been a decade since flared jeans and layered-highlights were in style! Yes, they are ancient now. Fashion changes are indicative of how a society or culture changes and evolves. If you talk about the 60s, mini-skirts became popular as the attitudes towards women’s wear were becoming more liberal. In the 70s, the hippy movement clearly impacted fashion and style. If you’re a late 80s/90s kid, you remember 2007 as the year of long tees, tight denim skirts, and high top sneakers! You wouldn’t be caught dead wearing these now, would you?

Here’s a list of fashion trends that have drastically changed in the last 10 years. Check them out:

2007- Remember the sunglasses that would fade into a lighter color that was really popular back in the day?
2017- Now it is all about cat-eyes, Lennon lenses and oversized shades! 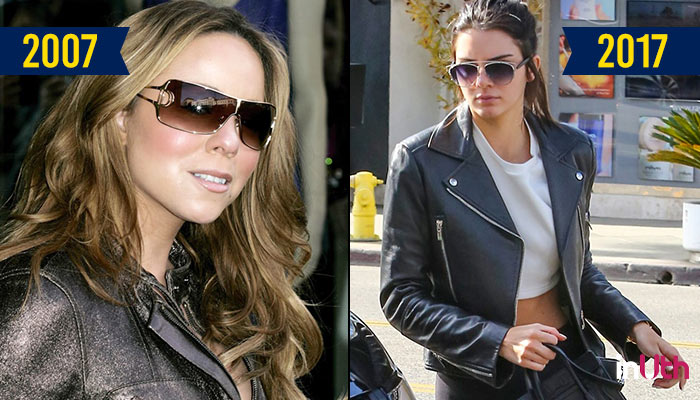 ALSO READ: The cost of Malaika Arora’s silver shimmy outfit could fund your bachelorette party on a private yacht 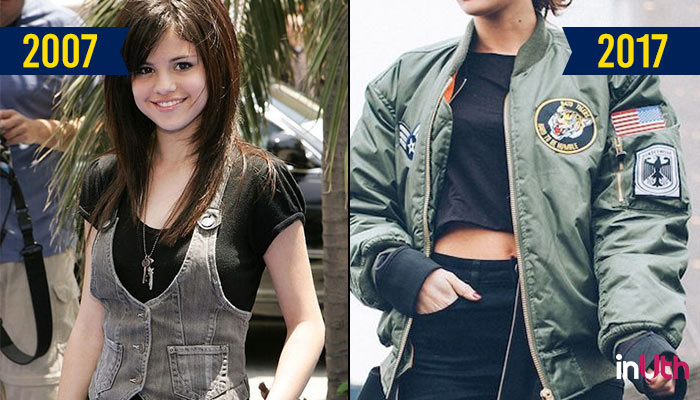 2007- Tiny tight denim jackets were a closet staple.
2017- Asymmetrical designs and skorts are ruling the runway in 2017! 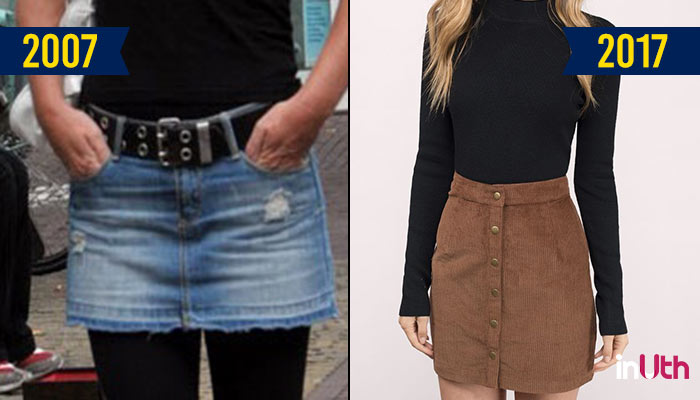 ALSO READ: These photos prove that Suhana Khan is the fashionista we all have been missing in Bollywood

2007-  Chunky, layered hair with highlights. Lots of hairstyles.
2017-  Natural waves are the biggest trend that happened in 2017. 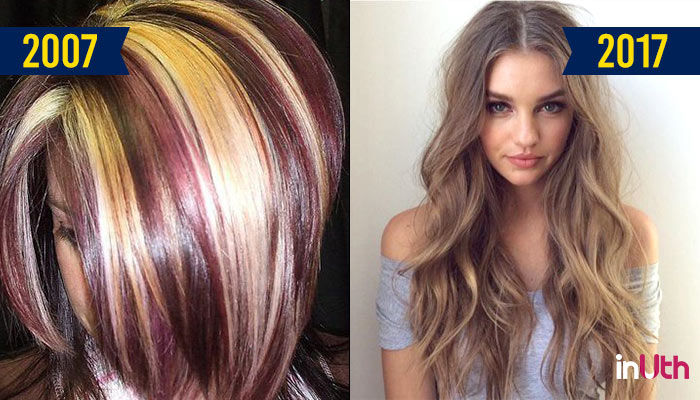 2007- Huge figure-hugging belts were in. We’d usually wear them on our dresses because we were so cool!
2017- Gucci Marmont GG belts, anyone? 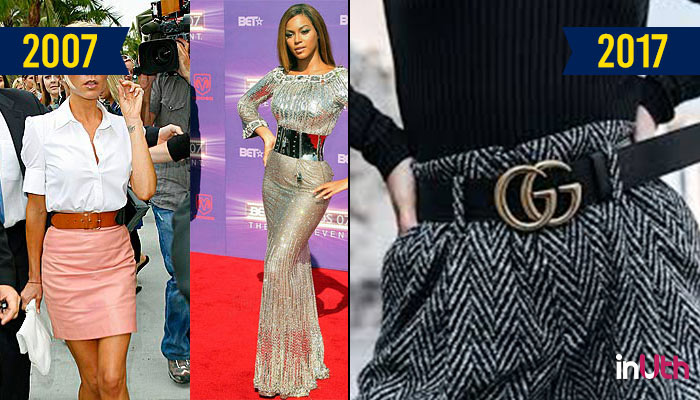 2007- High waist jeans with flared bottoms were the shiz.
2017- Jeans? You mean leggings, right? Or Jeggings? 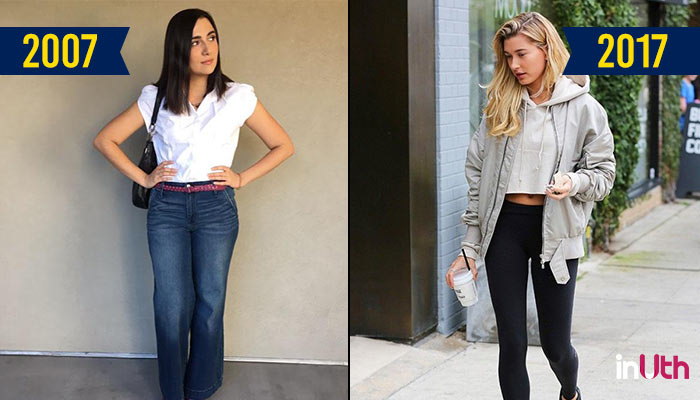 2007- Loose over-sized dresses were a rage. And we’d wear them over leggings!
2017- Bodycons, bodycons, and bodycons. 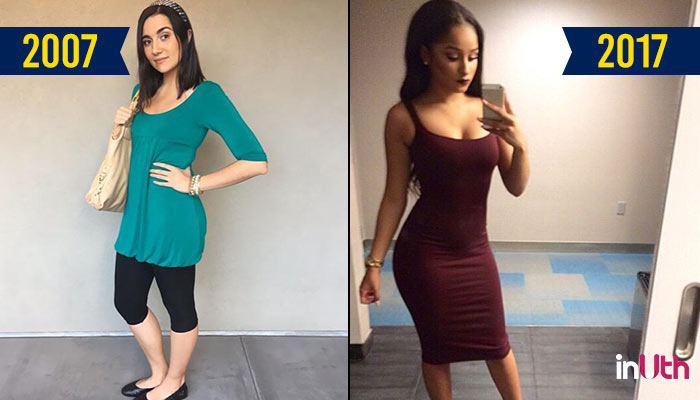