Sonam Kapoor, known for her bold and unique style, is undoubtedly the most fashionable actress in Bollywood. And every time she steps out, indeed, takes her fashion game to the next level. As she is all set to walk the red carpet at the 70th edition of Cannes Film Festival. Though most of the times Sonam Kapoor’s style is flawless, sometimes she goes wrong. Whether it is for film promotions or red carpet appearances, she knows how to make headlines. So when she made her debut at Cannes in 2011, everybody was excited to see what is she going to wear. And even this year we are eager to know what diva is going to wear. She will be walking the Cannes red carper on May 21 and May 22, meanwhile let’s have a look at her past appearances. 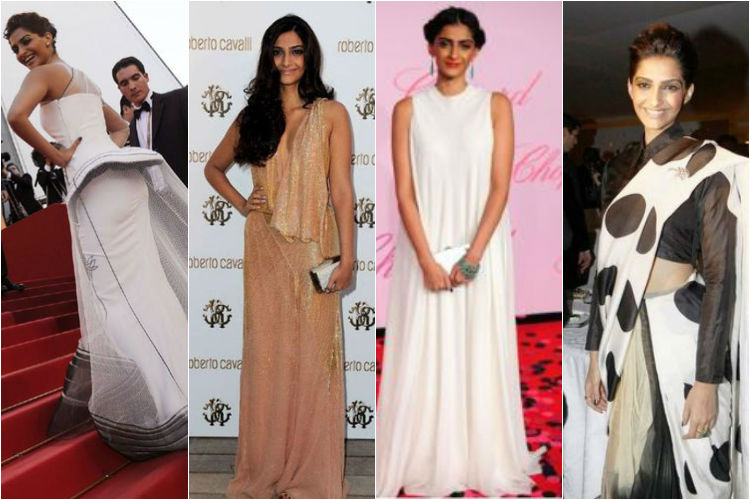 Sonam Kapoor wore a Jean Paul Gaultier gown when she walked down the red carpet for the first time. She completed this look with golden and black smokey eye and nude gloss on her lips. She had two different looks for the event. She also carried a white gown with a dramatic hairdo and a bit of eye makeup. She looked simple but stylish. Later Sonam impressed fashion police with her polka dotted Masaba sari with a full-sleeve blouse. The Row white gown with Lieber clutch and Ferragamo shoes wore another outfit which makes her look stunning. A shimmery Roberto Cavalli dress, she wore at a private dinner on The Cavalli Yacht was another stunner.

ALSO READ: Deepika Padukone at Cannes 2017: We dare you to take your eyes off this red hot look 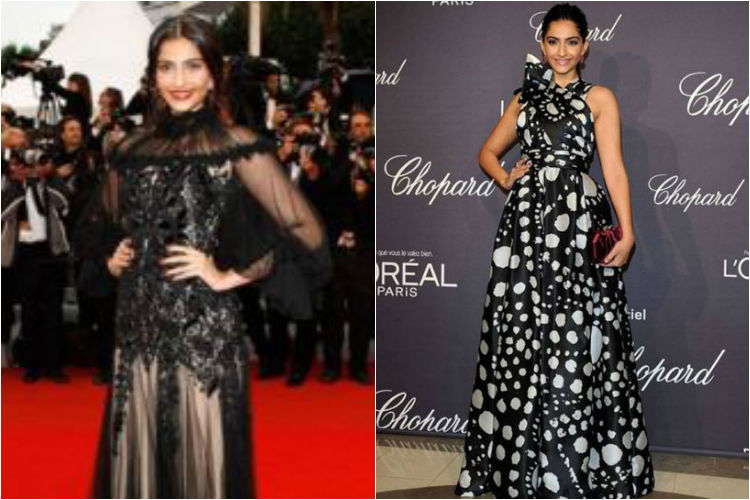 In 2012, Sonam Kapoor was seen in Alexander McQueen dress. She looked different with the messy hairdo and red lips. With the high neckline and little eye makeup, her visible big earrings completed her look. While in her second appearance her hairdo was on point with her ruffled dress by Naeem Khan, her makeup didn’t go with her skin tone and was not photographic at all. Her minimal accessories complemented her red dress with red lips. 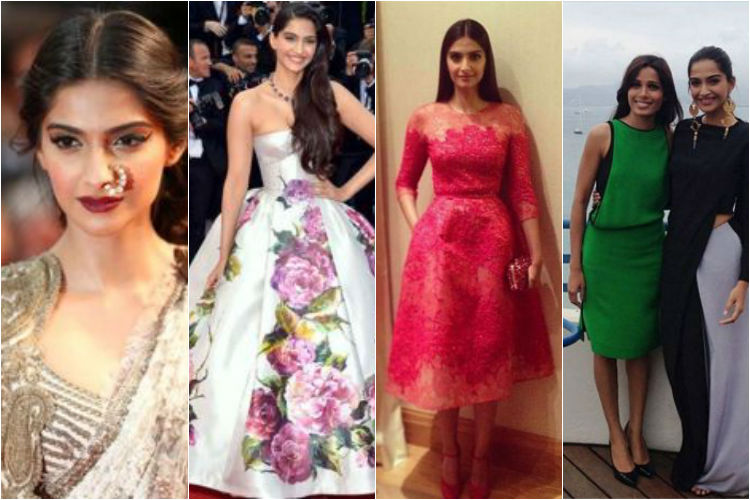 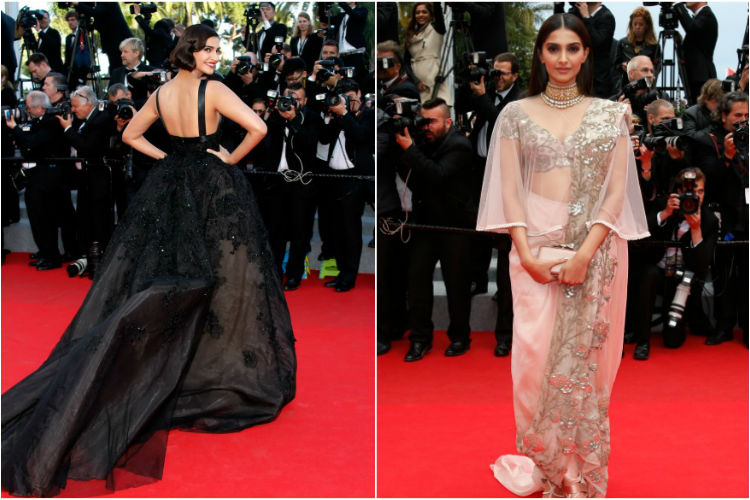 Sonam walked the red carpet in a black Elie Saab ball gown, which was followed by blush pink sheer Anamika Khanna saree with a caplet. 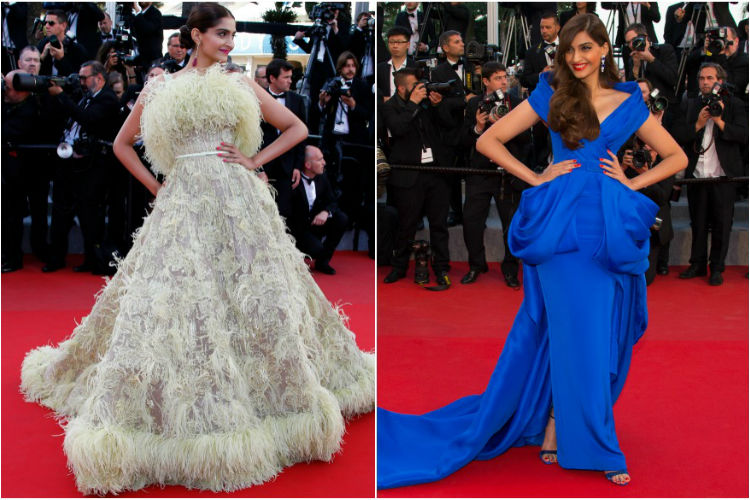 For her 2015 look at the film festival she decided to shock us with an electric blue gown by Ralph Russo and her hair on one side with smokey eye makeup and rusty coloured lips. She also carried two appearances of Abu Jani Sandeep Khosla in both she looked stunning with one in a top and skirt combo and in other tiered ruffled saree. 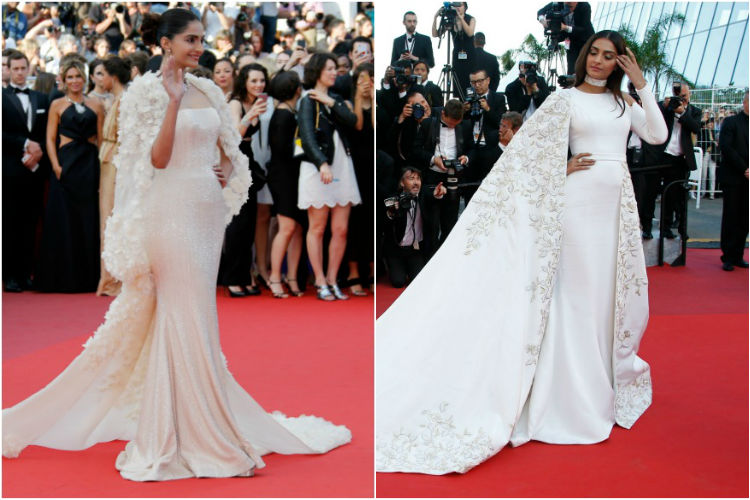 Sonam Kapoor wore a blue Rimzim Dadu saree and looked glamorous with blue winged eyeliner, pink lips with low bun neatly tied. The black and blue saree was carried beautifully by Sonam. She carried two Ralph Russo looks in which one was all golden with sleek bow bun and nude lips and in another, she carried the gown with huge earrings and her tied in a braid. She completed the look with black winged eyeliner and with the boldness that she carried each dress.