Sonam Kapoor is certainly the most fashionable actress in Bollywood today. Time and again, she has impressed the fashion police with her stylish outfits. But on Wednesday, she made sure to look stunning once again. On the 64th National Film Awards ceremony in Delhi, the actress was accompanied by dad Anil Kapoor, mom Sunita Kapoor and alleged boyfriend Anand Ahuja. She has received a Special Mention for her act in Neerja. And like every other event, Sonam went for something different. She chose traditional Indian wear and looked gorgeous. 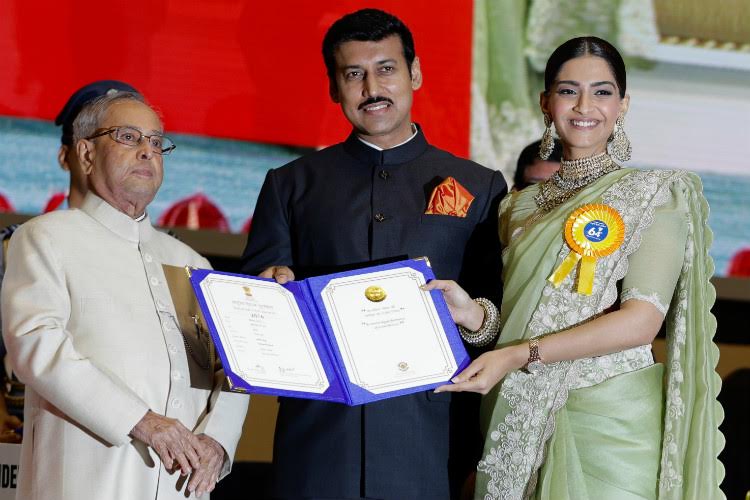 The actress wore a beautiful organza tissue saree with a lace border. She accessorised it with extravagant necklaces layer along with statement earrings, wearing a ‘gajra’ in her hair. 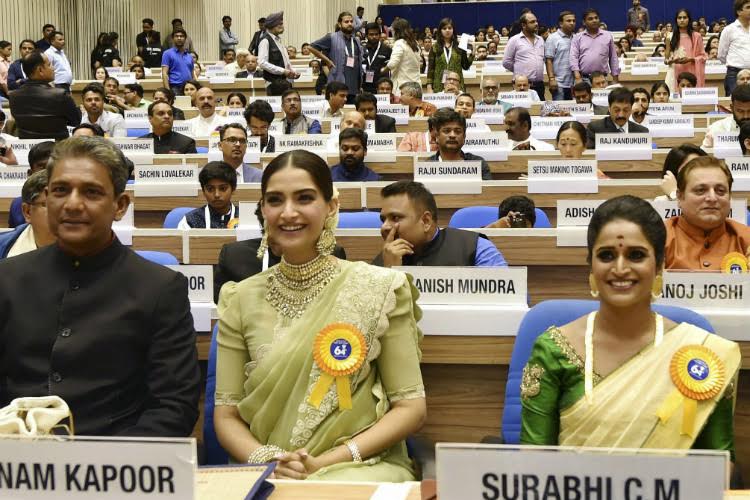 Anil Kapoor chose to wear a black bandhgala and was quite excited to see her daughter winning big. He took to Instagram and shared the image with caption: “Dressed up and all set to accompany Sonam Kapoor for the National Awards in Delhi! It’s a happy day.”

Apart from Special Mention to Sonam, Neerja has also won Best Feature Film in Hindi at the 64th National Film Awards. Directed by Ram Madhvani and written by Saiwyn Quadras and Sanyuktha Chawla Shaikh, Neerja was released last year. The film featured Sonam Kapoor as the title character, while Shabana Azmi played the role of Neerja’s mother. The film centered on the Libyan-backed Abu Nidal Organization’s hijacking of Pan Am Flight 73 in Karachi, Pakistan, on 5 September 1986. The story focused on Neerja Bhanot shows how she managed to save 359 of the 379 passengers and crew on board.

Check out other pictures from the event: