When Rekha made her appearance at Sonam Kapoor and Anand Ahuja’s big fat wedding reception, all eyes were on her unusual style. While her staple go-to, the gorgeous Kanjeevaram saree still made the cut, she chose to wear it in a fashion that looks contemporary but happened to be traditional. Labelled a ‘pant-saree’ by the fashion police, the garment was paired with a full-sleeved blouse and draped like a ‘wrap-around shrug’.

Deepthi Sasidharan, Director at Eka Cultural Resources and Research, shared a Facebook post explaining Rekha’s pant-saree. In the post, she explained that the today’s pant-saree is actually 150-year-old chaugoshia that comprises four garments –

As per her post, the chaugoshia is a traditional garment for women in Nizam’s Hyderabad, incredibly stylish and still worn by women on their nikaah or wedding ceremonies.

However, according to several other reports, the dress is called the khada dupatta which consists of a kurta, chooridaar and six-yard dupatta. A Tribune India article reads, khada dupatta was made in the 17th century by Turkish and Persian craftsmen when Mughal Empress Noor Jehan wanted them to craft a noble dress for family members of Mughal noble ladies. But later, the begums of the Nizams of Deccan adapted the style with a little modification.

And in a blog titled The Hyderabadi Khada Dupatta: adaptation of Mughal dupatta, historian Rana Safvi explains the attire at length, writing that this dress gradually became the bridal dress of Hyderabadi girls which they wear with another shorter dupatta.

The wearing style of the dupatta is not same as the usual ones. The middle of the dupatta is tucked into the back of the chooridaar with folded accordion pleats at both ends. One end is held on the left shoulder with a brooch, and the free ends are worn under the right shoulder. Here’s the video where you can learn the exact method of wearing it:

It seems over the time designers have changed the look of traditional the dress. At Dada Saheb Phalke Excellence Awards 2018, Tamannaah Bhatia was seen wearing something similar. Designed by Anamika Khanna, she wore it with a bright pink belt. 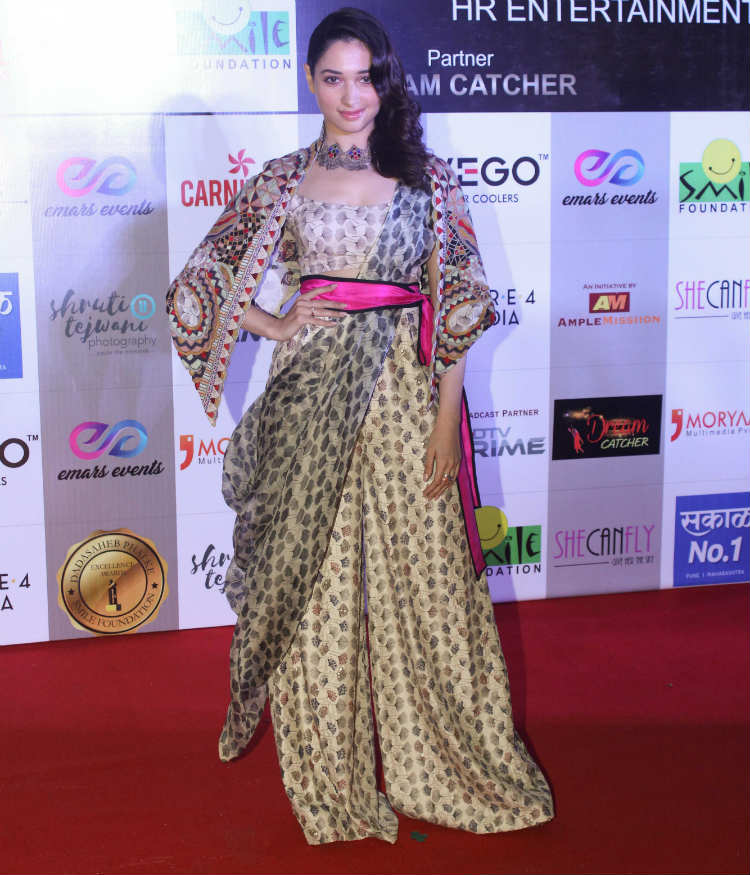