Navya Naveli Nanda, who is the granddaughter of Amitabh Bachchan, became the talk of the town after she made a stunning appearance at the Vogue Beauty Awards 2017 on Wednesday night. While many Bollywood celebs won big at the event, it was the Bachchan family who grabbed all the limelight. Navya was accompanied by Jaya Bachchan, Shweta Nanda, Aishwarya Rai Bachchan and Big B. And it won’t be wrong to say that all the Bachchan ladies were looking stunning and posed happily for the shutterbugs.

With Aishwarya being honoured with the Beautiful Global Indian Icon award and Big B with Sexiest Man Of All Time award, Jaya Bachchan, Shweta Nanda and Navya Naveli received the Ageless Beauty award and I am speechless. I mean, I can totally understand why Jaya and Shweta Bachchan received the award, but Navya as ‘Ageless Beauty’ is beyond my understanding. 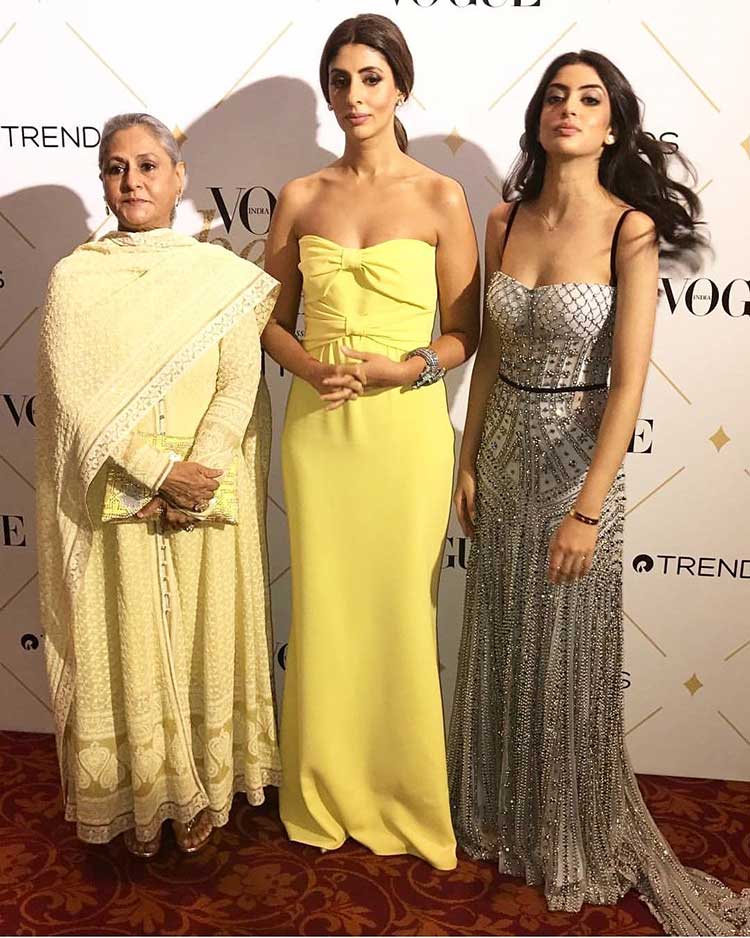 For those of you who don’t know the age of Navya Nanda, let me tell you guys that she is just 19 and receiving such honour at this age seems like a joke to me. We generally refer this term for a woman who ages gracefully like Hema Malini, Rekha, Sharmila Tagore, Waheeda Rahman and Jaya Bachchan. 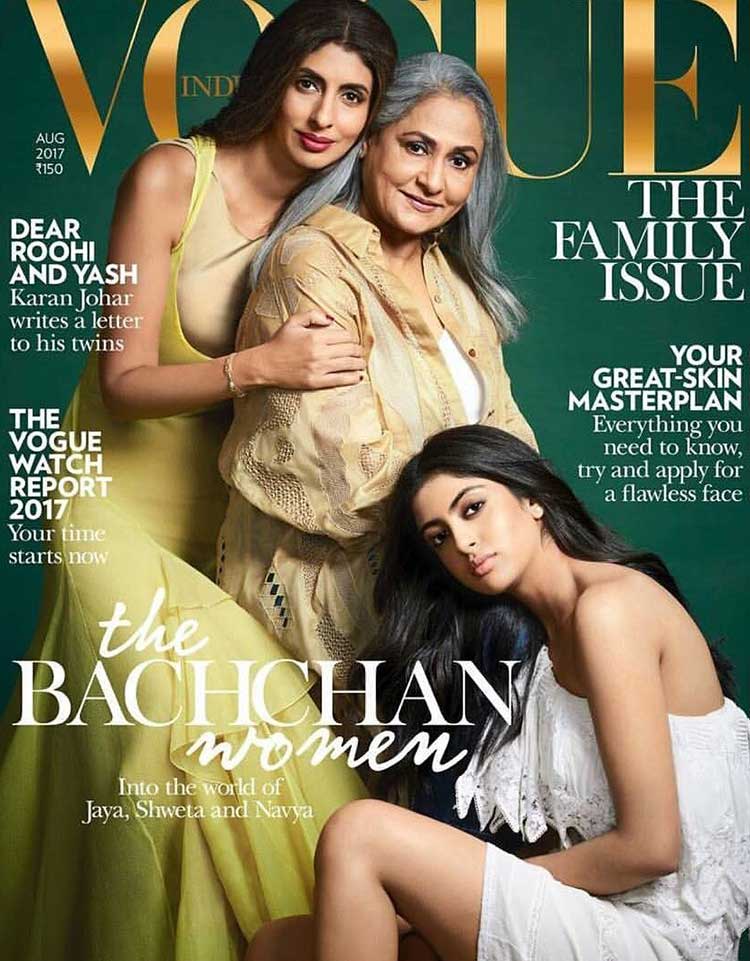 Well, what was the jury thinking? The nation wants to know! But amidst all this, we can’t deny the fact that Navya Naveli was looking stunning in an ice blue crystallised embellishments gown from Monisha Jaising’s The Opera collection.

In fact, not only was she awarded as the ‘Ageless Beauty’, but the starlet also graced the cover of the magazine’s August issue along with mother Shweta Nanda and grandmother Jaya Bachchan. Navya Naveli Nanda surely made all heads turn at the Vogue Beauty Awards 2017, but being awarded such honour is something we would definitely need an explanation for.