Nargis Fakhri, who entered in Bollywood with Rockstar, has become the third most popular fashion star on Facebook worldwide. No, it is no joke. We are very much serious. The Banjo actress has 10,165,285 followers on Facebook which makes her third most followed fashion star. Well, in the list of top 10, there is no other Bollywood actress. While Marian Rivera is on the first spot with 18,241,236 fans, Eva Andressa has 10,488,026 followers. Some of the other actresses who are on the list are Gal Gadot, Miranda Kerr, Juju Salimeni and Irina Shayk.

Nargis Fakhri has beaten Wonder Woman Gal Gadot and Victoria’s Secret Angel Miranda Kerr by holding her position on the third spot. According to the data on Social Bakers, Nargis has around 5,475,947 fans from India, while 1682004 from Pakistan. 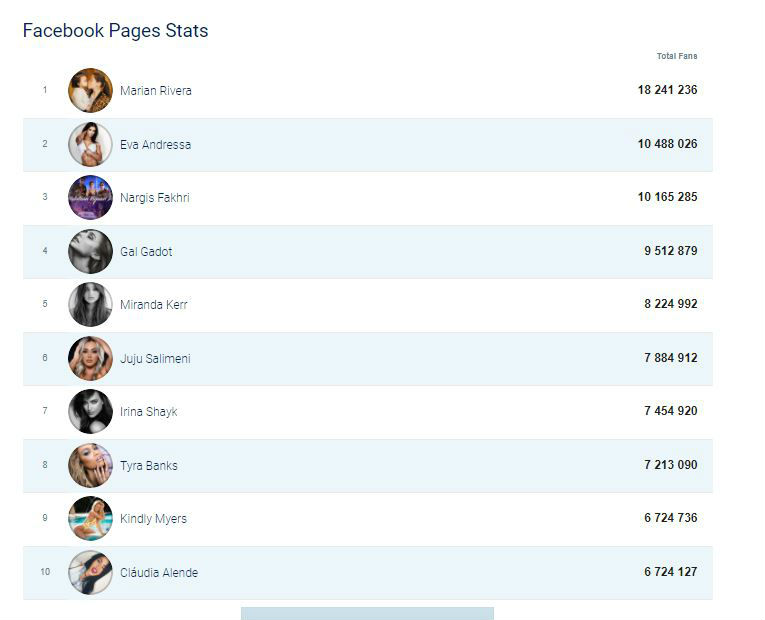 Approximately, 54 percent of her followers are from India, 16 percent from Pakistan, 8% from Bangladesh, 2 percent from Nepal and 19% from other countries. Also, as per the data, her followers in last 2 weeks have dipped down. While many people followed her 3 months back. See here:

However, if we see the Google Trends, Nargis’s popularity has been increased with massive numbers. You can see the graph of last 30 days here:

Nargis is quite popular in Jammu and Kashmir, Chhattisgarh, Goa and Himachal Pradesh. Here are the numbers:

It’s Nargis’ unique fashion choices, beauty secret and fitness that have made her one of the most followed fashion stars. Check out her most fashionable avatar here: