For those who are missing the deadly Dangal duo of Fatima Sana Shaikh (Geeta) and Sanya Malhotra (Babita), they are back with a super hot photoshoot. The actresses have decided to flaunt their stylish avatar for the February issue of a leading magazine. The actresses have set the temperature soaring and you must not have seen them like this ever before!

When they had a smashing photoshoot for a popular magazine alongside Aamir Khan, all the guys went head over heel in love with the on-screen Geeta and Babita. We are sure that this photoshoot also will make the men go weak in knees. Sanya ensured to give a sweet teaser from the photoshoot to her fans. She uploaded a photo on her Instagram account that did all the talking! 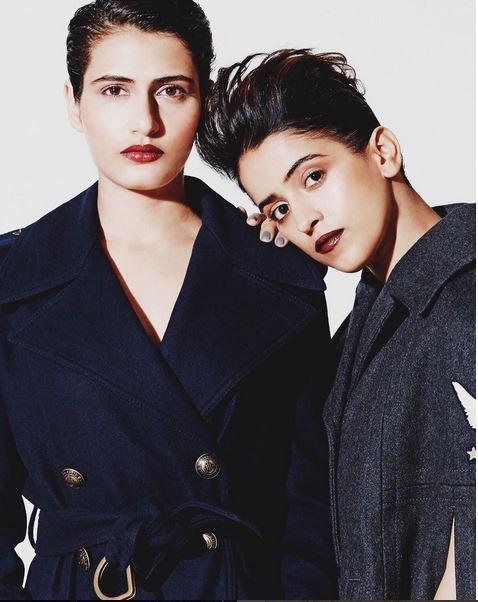 Fatima looks uber cool in a royal blue-coloured overcoat whereas Sanya looks drop dead gorgeous in a black overcoat. The side parting of the hair gives them a neat look.

The leading ladies of the movies made a huge impression on the audience and critics alike for their wonderful performances. Apart from their power packed roles, both Fatima and Sanya have garnered a huge fan following for their looks as well. The chic look and their swanky presence on-screen is definitely worth the watch. 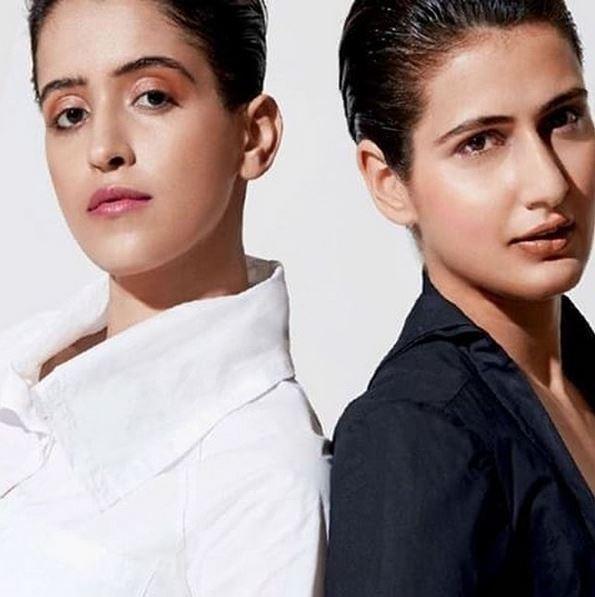 In the photo, they can be seen giving a conflicting yet intriguing view of the women world. Their contrasting black and white-coloured shirts are a highlight.

We know that this is too little for a tease and we are also eagerly waiting for their full photoshoot. The actresses have already made a remarkable impression. Every now and then, fans get to see their amazing equation with each other. Their social media accounts are filled with super cute photos and videos. 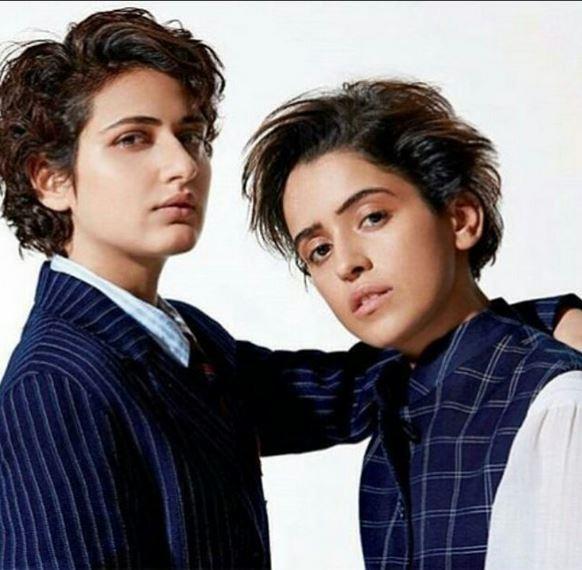 From the looks of it, both Sanya and Fatima are flaunting their urbane look with a panache. In one of the pictures, Fatima can be wearing a navy blue-coloured suit whereas Sanya can be seen sporting a checkered blue-coloured Nehru jacket. Both are defining womanhood in a progressive way.

Here are some more pictures which reflect their chemistry.

When you don’t have your own hair to flick!

After looking at the photos and videos, we are dying to see them soon on the big screen again! In the meantime, do tell us what do you feel about their latest photoshoot in the comment box!