Priyanka Chopra is leading the International fashion race like a pro. The Desi girl has received an overwhelming response globally and that was quite evident at the New York Fashion Week. The actress turned some heads with her impeccable fashion sense.

Right from the start of the event, Priyanka sat in the front row at designer Parabal Gurung’s show. The New York Fashion Show was a star-studded affair but then when you talk about Priyanka – you know she is one super hot woman who carries herself smartly. Fans went gaga over her latest dress and soon pictures from the fashion show went viral.

PeeCee ensured to pick up her clothes from the Fall 2017 collection. Her dress included an attractive text top which she paired it with an asymmetric hem skirt. Priyanka flaunted her skirt with a thigh-high slit. To add to the look, she flaunted her fur jacket and a pair of black-coloured boots. 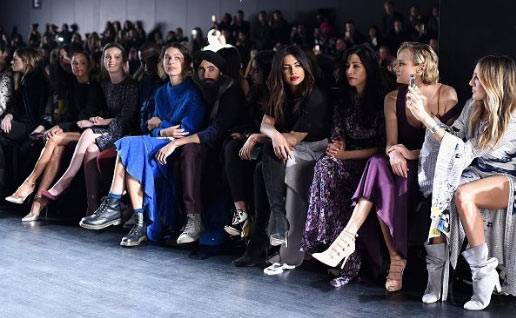 The actress was spotted sitting with the Sex and the City star Sarah Jessica Parker, Huma Abedin who was a Vice Chair to the Hilary Clinton’s US Presidential elections in 2016 and Diane Kruger. 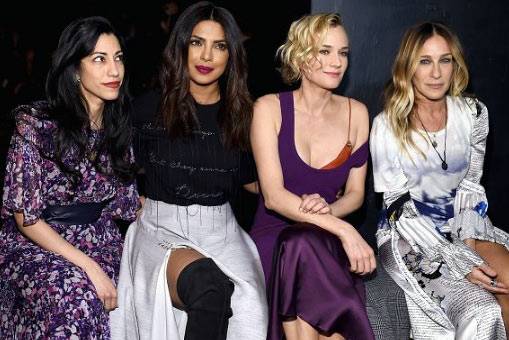 PeeCee looked super confident. She flaunted her hair and dress with utmost grace and panache. The actress started her career from the modeling world but all these years, she has ensured to build a bold and distinctive fashion statement of her own.

Even last year, the actress stunned the audience with her glamorous avatar. Her floral cream-coloured gown was a talking point. With her hair tied in a bun, the actress looked beautiful.

Beautiful #NYCfashionweek evening by the Brooklyn bridge.. Thank you @thakoonny your show was amazing and the clothes epic!!! Hugs

Priyanka Chopra’s American Television serial Quantico 2 has been making news for its intriguing plotline. The actress has been a two times winner of the People’s Choice Awards.