Global fashion brand Zara has decided to adopt the humble lungi (a garment wrapped around the waist, extending till the ankles) and turn it into an international fashion trend. While that should be good news for Indians, it seems Zara’s lungi-style skirt is not as modest as our nation’s favourite attire for muggy weathers.

The lungi-skirt style that is listed as a ‘checked mini skirt’ is available on the brand’s website and has been described as a flowing skirt with a front-slit and draped detail. Alright then, this is undeniably the most interesting description of a lungi you will ever come across. 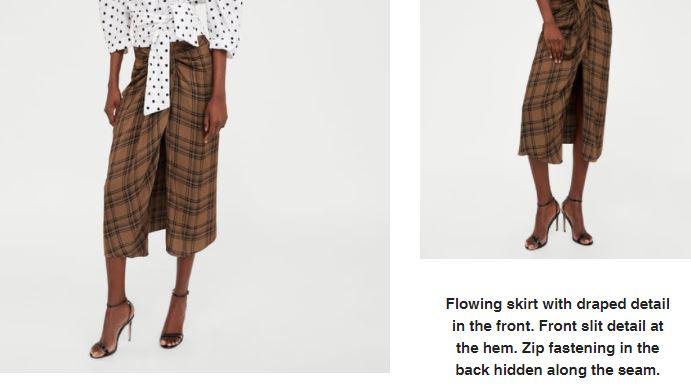 The Zara lungi-skirt as described on the website.
(Photo courtesy: zara.com)

ALSO READ: Denim on denim to velvet outfits: 5 fashion trends we don’t want to see in 2018

Now, we know it’s Zara and the lungi is probably made with the finest fabric. BUT. If you tell Indians that a lungi costs nearly Rs 5,000, you will surely be laughed at or a brand new Rs 100 lungi will be handed to you. Yes, it’s that cheap.

However, the brand is not facing backlash for selling a lungi-like skirt, but because of the price at which they are selling it.

A £69.99 skirt from @ZARA that looks like a south Asian male skirt (lungi) that costs less than £1 pic.twitter.com/47aA2SSSg5

Starbucks’ barista: “What’ll you have, sir?”

Me: “One Turmeric Spiced Chai Latte”

Zara is selling lungi now… not buying clothes in ’18 was a good idea… such temp relief from shit that gets sold these days pic.twitter.com/8pv0OuyLMh

This reminds us of the incident in 2016 when Rishi Kapoor made fun of Zara’s collection that was basically really expensive tattered clothes. The actor took to Twitter and trolled the brand by sharing a picture of the outfits with the caption, ”Buy two get one begging bowl free. Sale at Zara’s.” 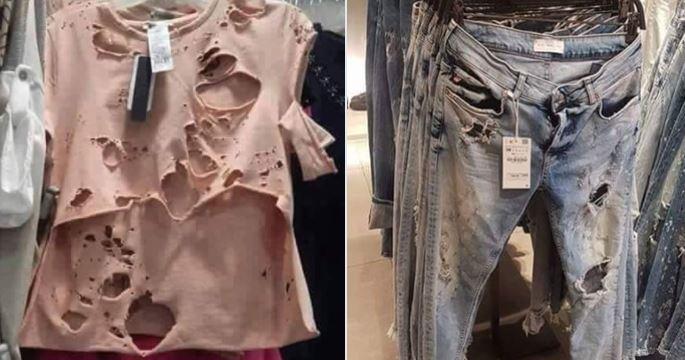 And, while Zara is selling this luxurious lungi version in just one colour, you get the option to choose from quite a few options – we have the checks, the plain ones and the south Indian style ‘veshti’ or ‘mundu’.

While the chaos around why the lungi was chosen by Zara ensues, we really don’t know what made the makers think the lungi-skirt was a great idea.

Dear Zara, Indians love their lungis. We even have a song that we can dance to while wearing it!

Here’s what the rest of Twitterati had to say about this overpriced new version of a lungi: 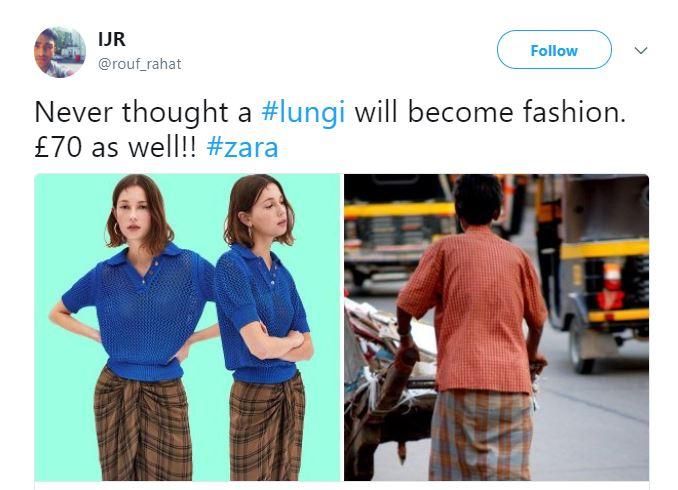 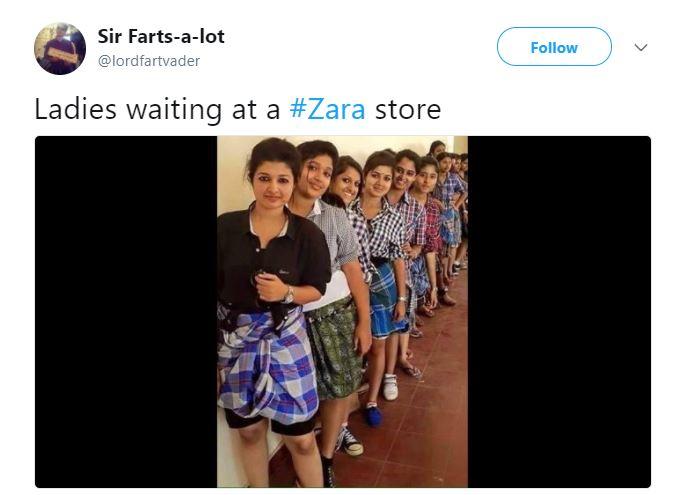 So, would you care to buy this lungi?