Avika Gor, popularly known as television’s Balika Vadhu, too sizzled at the Cannes red carpet. Well, she wasn’t alone there, Avika was accompanied with her co-star Manish Raisinghan. Avika Gor and Manish Raisinghan’s first short film I, Me, Myself was screened at the film festival and so the two made sure to be at the event. Avika Gor was spotted in a classy black and gold floor length evening wear by Reeti Arneja and looked beautiful as always. She teamed up her dress with minimal jewellery, natural orange shaded lips and beautiful eye makeup. Manish too was seen wearing a black tuxedo from Mischief which made the two looks red carpet ready. But what caught our attention was Manish’s French beard, which suits him perfectly. See pictures here: 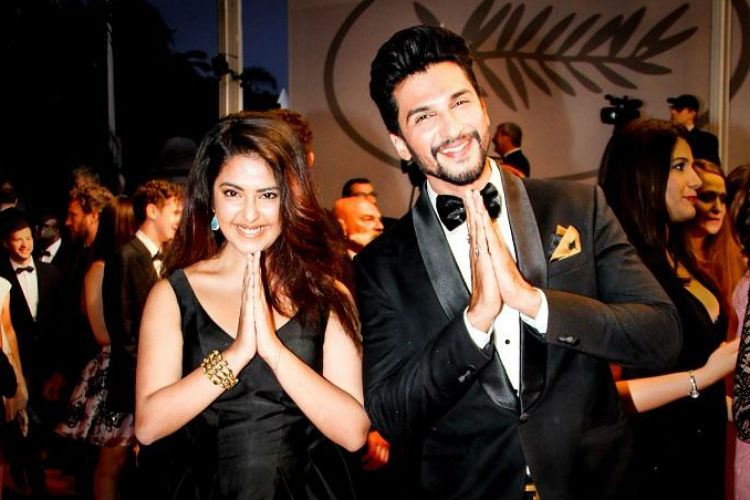 Avika Gor and Manish Raisinghan became popular with television show Sasural Simar Ka and they were two are even rumoured to be dating. In the role of Roli and Siddanth, they make an adorable couple and were loved by viewers too. The duo walked the Cannes red carpet last year too and this is their second time in a row at the film festival.

Last year, the two were present at the Cannes to unveil the trailer and poster of short film Ankahee Baatein. While the film features Manish and TV actress Barkha Bisht, Avika was the creative director of the movie. Wearing blue, the Balika Vadhu actress dazzled the red carpet last year too. Avika Gor wore a blue gown with minimal jewellery, while Manish looked dapper in a black tuxedo with red bow tie.