Cannes veteran Aishwarya Rai Bachchan has already reached with a five-year-old daughter, Aaradhya. This is the second year when Aaradhya has accompanied her mom to the Cannes Film Festival. They started their day in Cannes with a customary tour of the French town. Both mom and daughter were looking uber-stylish. Donning a white pantsuit, Aishwarya was quite graceful. Aaradhya looked cute in pink florals. And now here comes another look of Aishwarya Rai, which we were, of course, waiting for since morning. For her second look of the day she chose a sheer green, multi-layered dress with big bright flower motif. It cinches at the waist and gives her a beautiful silhouette. 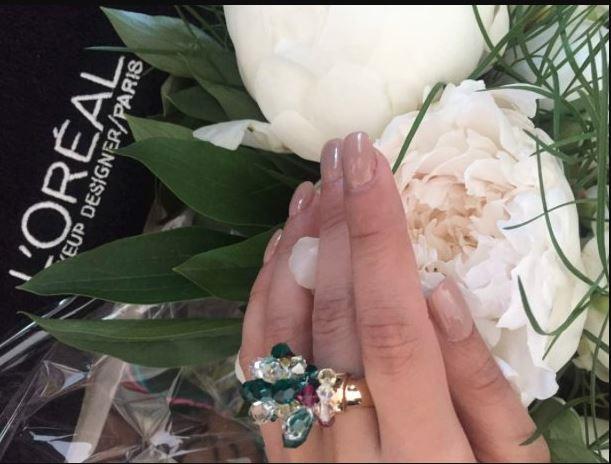 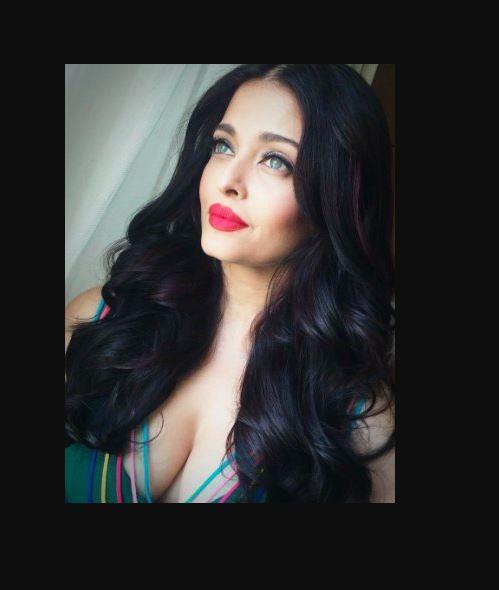 The goddess of beauty is all set to live her #LifeAtCannes!
Lips : Tint Caresse in Rose Blossom blended with Orchid Blossom pic.twitter.com/3HVGbzlsno

Aishwarya Rai Bachchan will be attending Cannes for two days i.e May 19 and May 20. She checked into the French Riviera on Thursday with her beautiful doll. 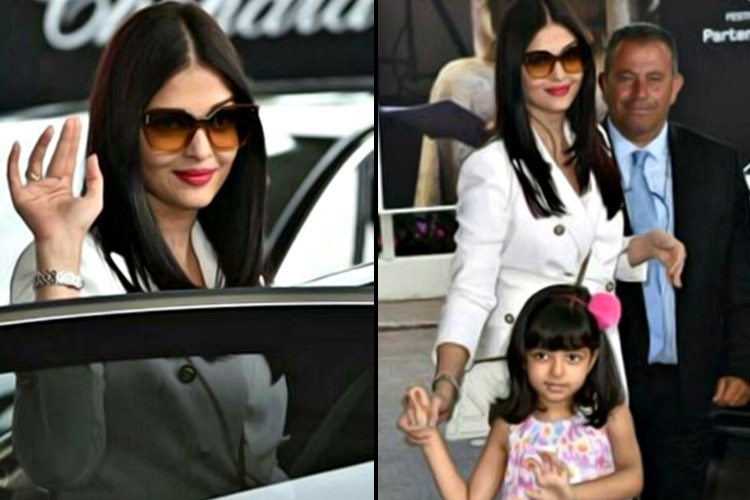 The 43-year-old actress was spotted leaving Mumbai in casuals on Wednesday. She was looking fabulous in her brown trench coat. This will be her 16th visit to the Cannes Film Festival. She made her debut in 2002 for Devdas. 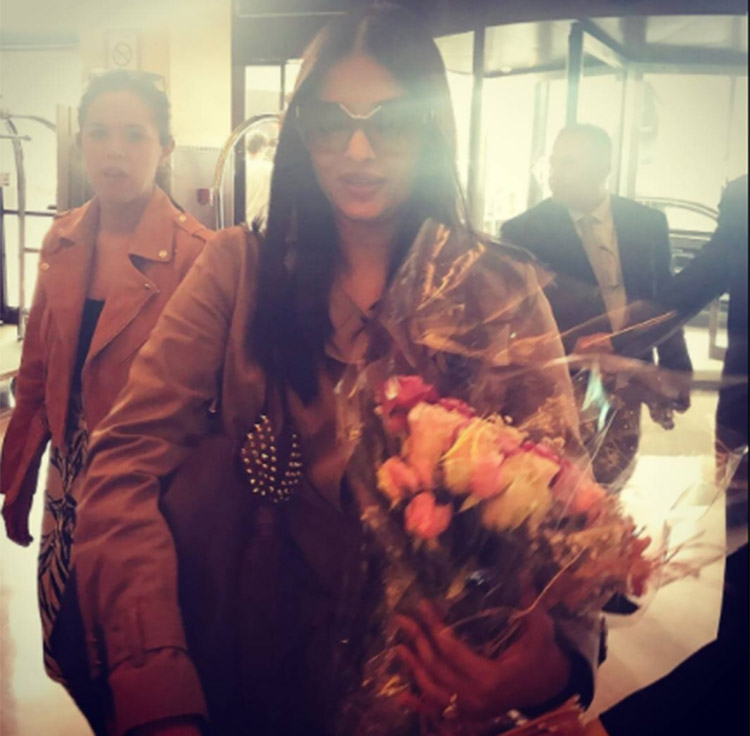 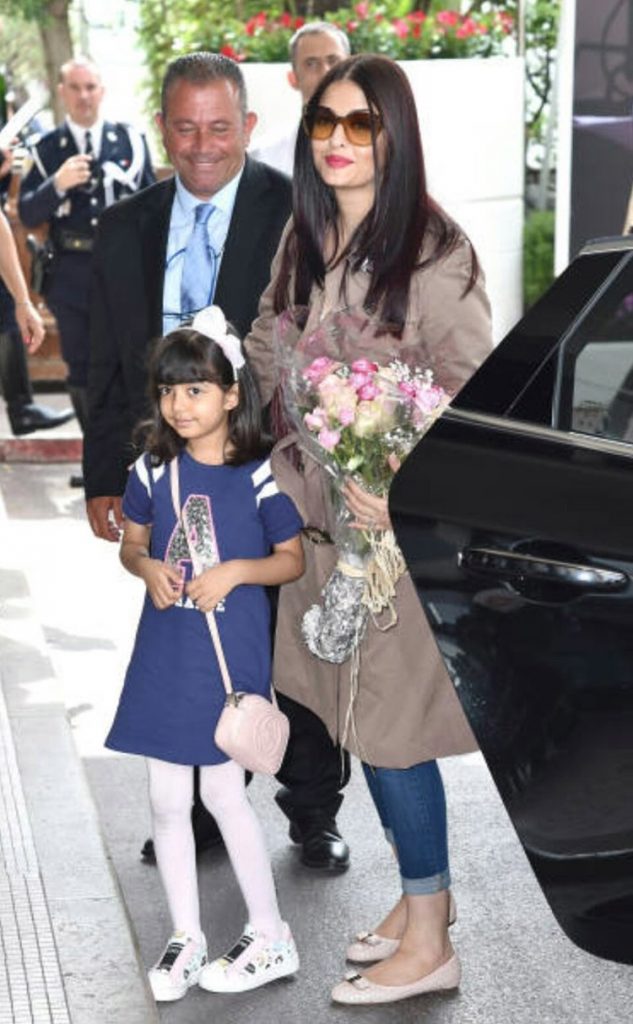 Aishwarya Rai reached Cannes on 18 May 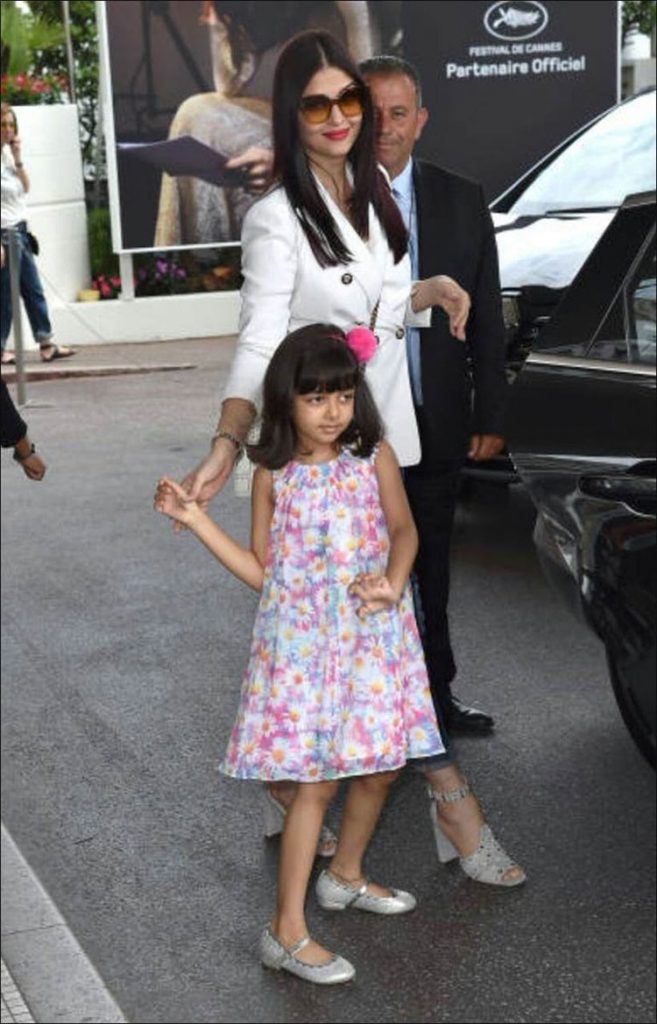 Aishwarya Rai with Aaradhya at the Cannes film Festival 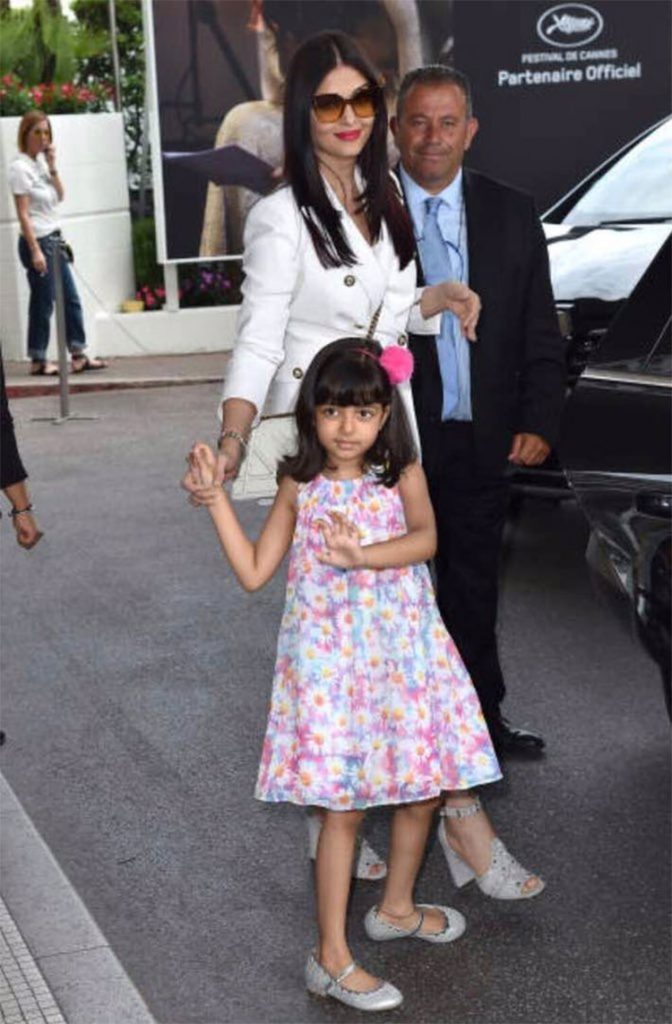 Aishwarya Rai and Aaradhya at Cannes 2017 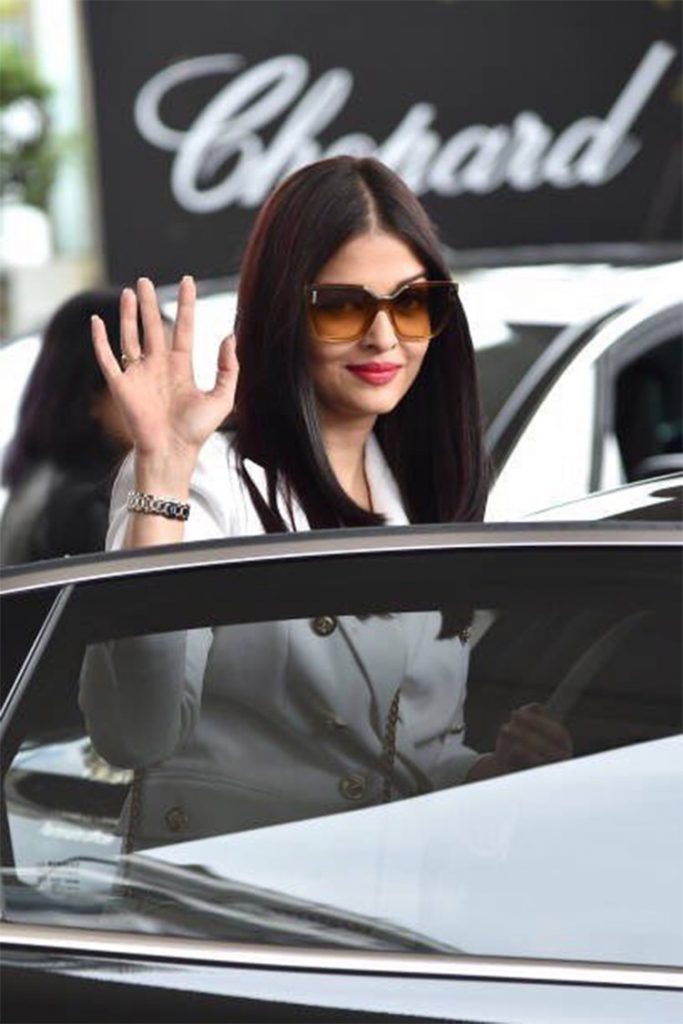 Aishwarya Rai waves to the cameras at Cannes 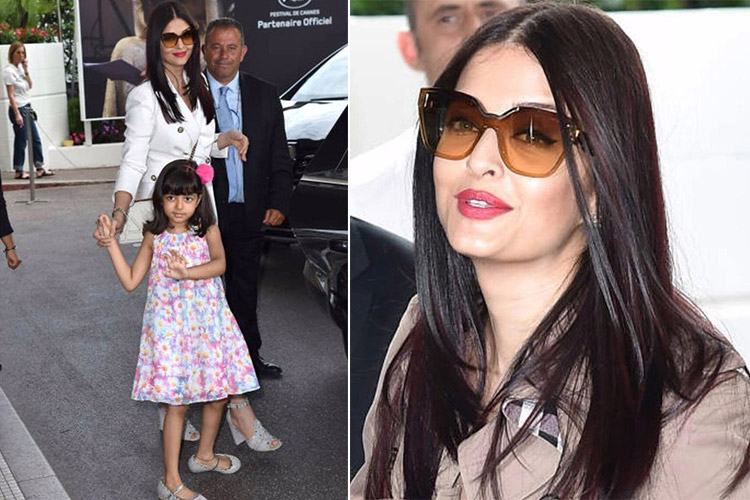 Besides Aishwarya, Deepika Padukone and Sonam Kapoor are also the part of the film festival. While Deepika Padukone already made a strong fashion impact, Sonam Kapoor will take on the red carpet on May 21 and May 22. Deepika Padukone has already grabbed the limelight at Cannes 2017 red carpet. She was in Cannes for two days — May 17 and May 18 and made sure to look gorgeous in her every outing. She started with a floral dress to end the Cannes visit with a thigh-high slit green gown. She donned around 6 dresses in 2 days and looked elegant in each of them. Unlike other actresses, Deepika decided to go for western this time. On both the days, her red carpet was stylish and graceful. Check out some pictures here: 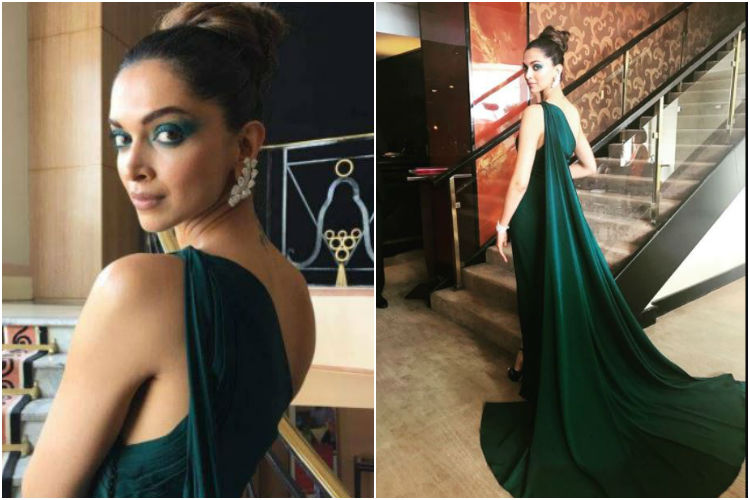 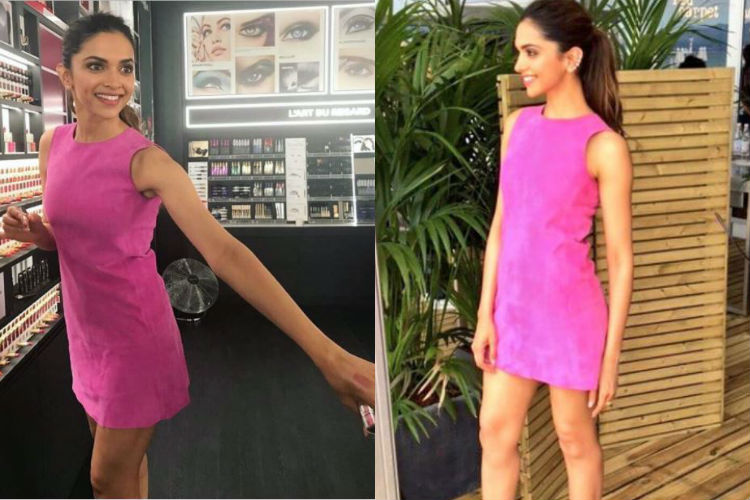 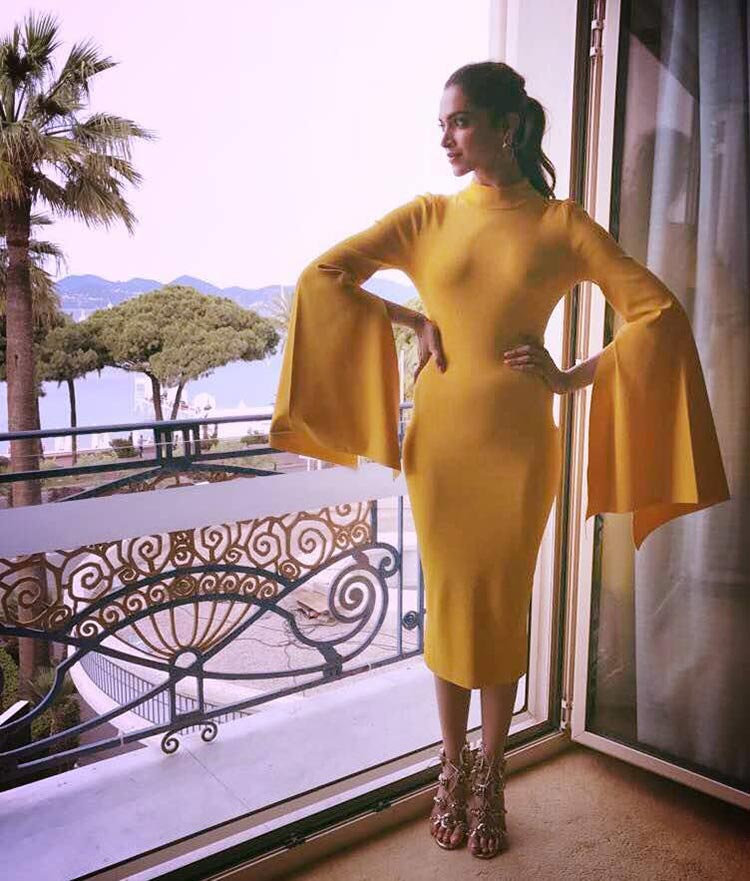 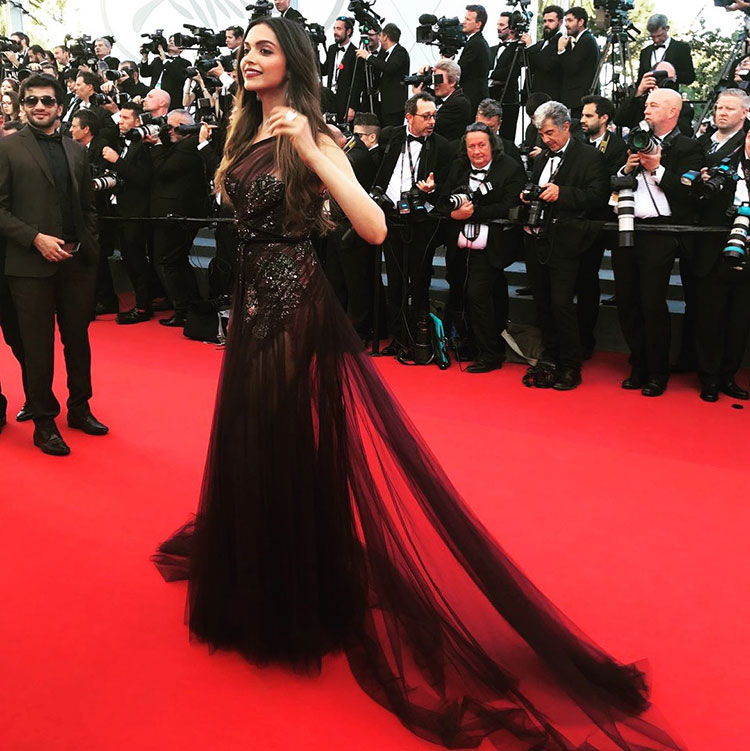 Deepika Padukone was majestic on the Cannes red carpet 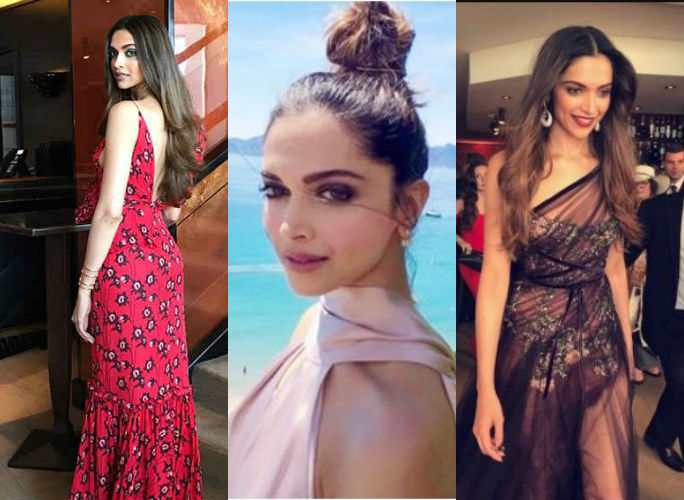