While we still can’t get over Anushka Sharma’s wedding trousseau, the actress is already giving us some major post-wedding wardrobe goals. And it seems like the actress is totally in love with ace designer Sabyasachi’s creations when it comes to wearing comfortable yet stylish ethnic attires. Anushka was recently spotted at the airport wearing yet another masterpiece from Sabyasachi’s collection and completely nailed the look. 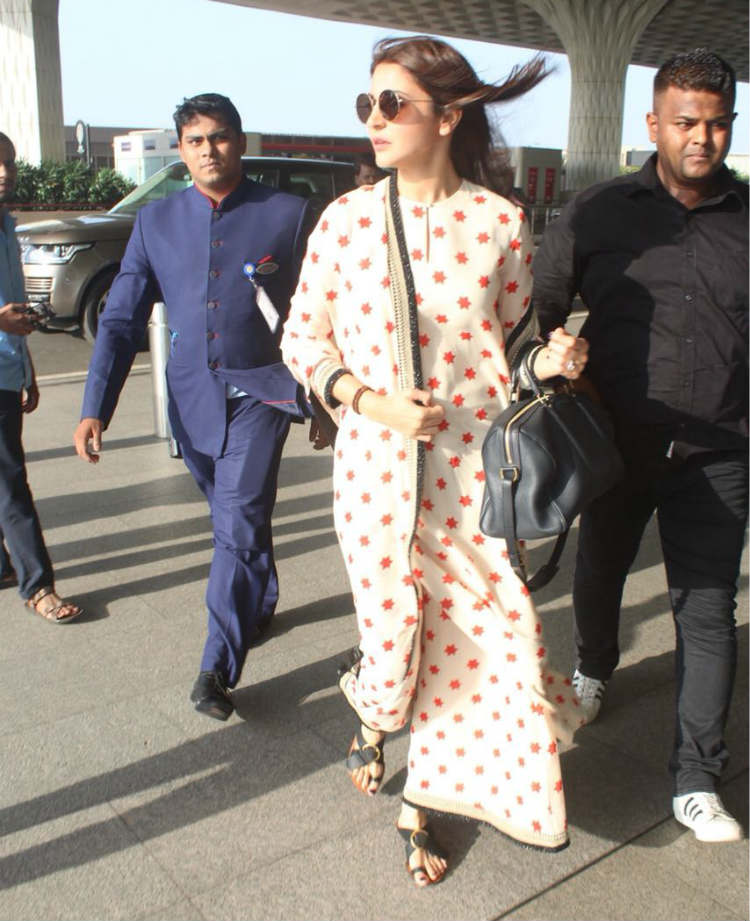 Wearing an all-white breezy suit, Anushka totally redefines elegance and gave a whole new meaning to airport looks. And what makes her attire stand out is the bright red star print that not only looks cool but quirky. Also, the tassels at the end of the dupatta added that much-needed glam quotient to the outfit. 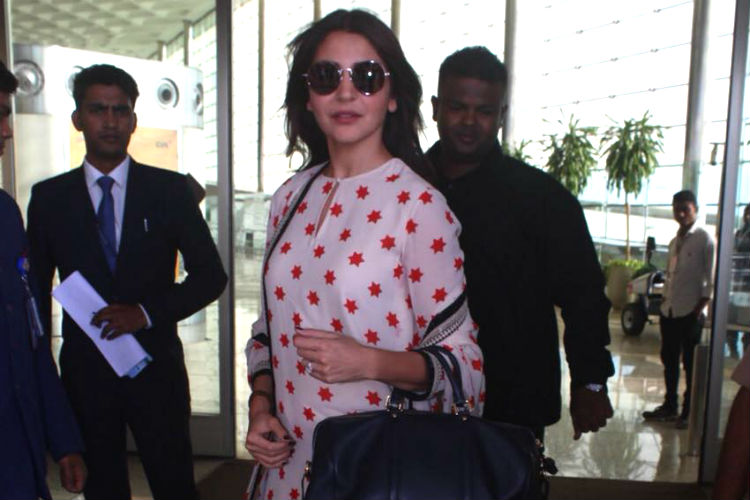 ALSO READ: Anushka Sharma to Karan Johar: A peek at footwear only B-Town celebs could have carried-off

With her hair left open, Anushka went for a no makeup look and opted for a pair of round-framed sunglasses to beat the heat. She paired the outfit with matching black slip-ons and a large duffle bag. 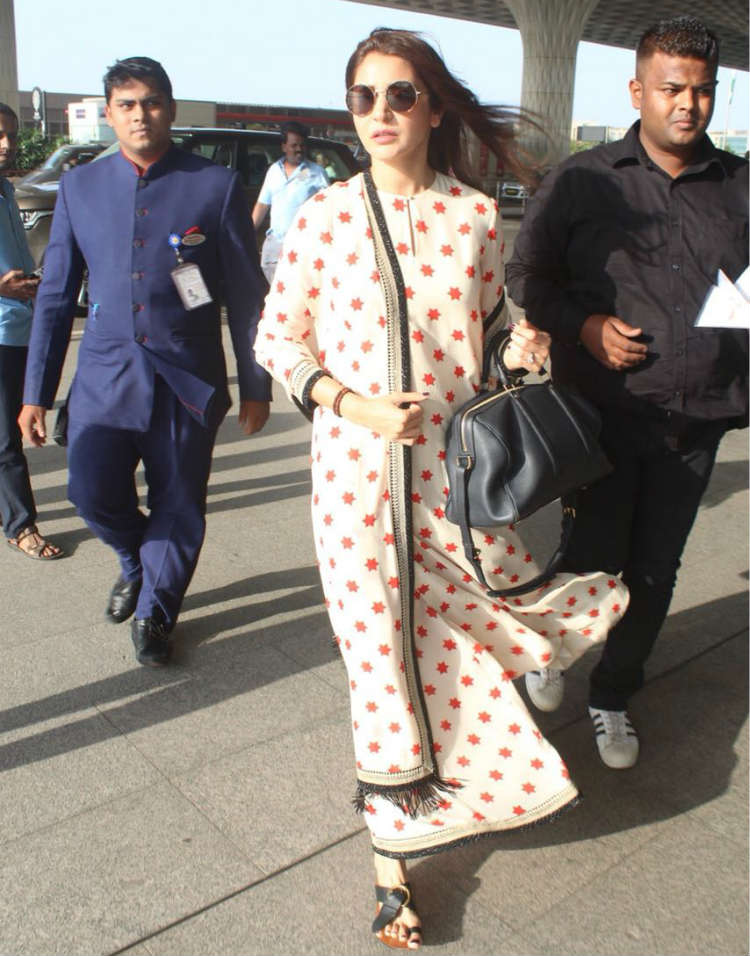 ALSO READ: Boyfriend Shirts Are Now A Legit Street Wear. All Thanks To B-Town Fashionistas

Well, we are totally in love with this quirky print ethnic wear and would love to make this or a similar one a part of our summer wardrobe this year.