You would wonder why should we talk about something like Right to Drink on the 67th Republic Day. Well, today is the day to celebrate all the rights that our constitution has granted us. And no celebration is complete without spirits running in our veins. On a serious note, our love for alcohol is under serious attack. As if the age limit on it wasn’t enough, states after states are enforcing prohibition on alcohol. In fact, the poster boy of anti-alcohol campaign Nitish Kumar has given hints that if he were to run for PM’s post in 2019, he will fight riding on the popularity of prohibition. That means he is in favour of turning India into a dry country. That’s a scary scenario. 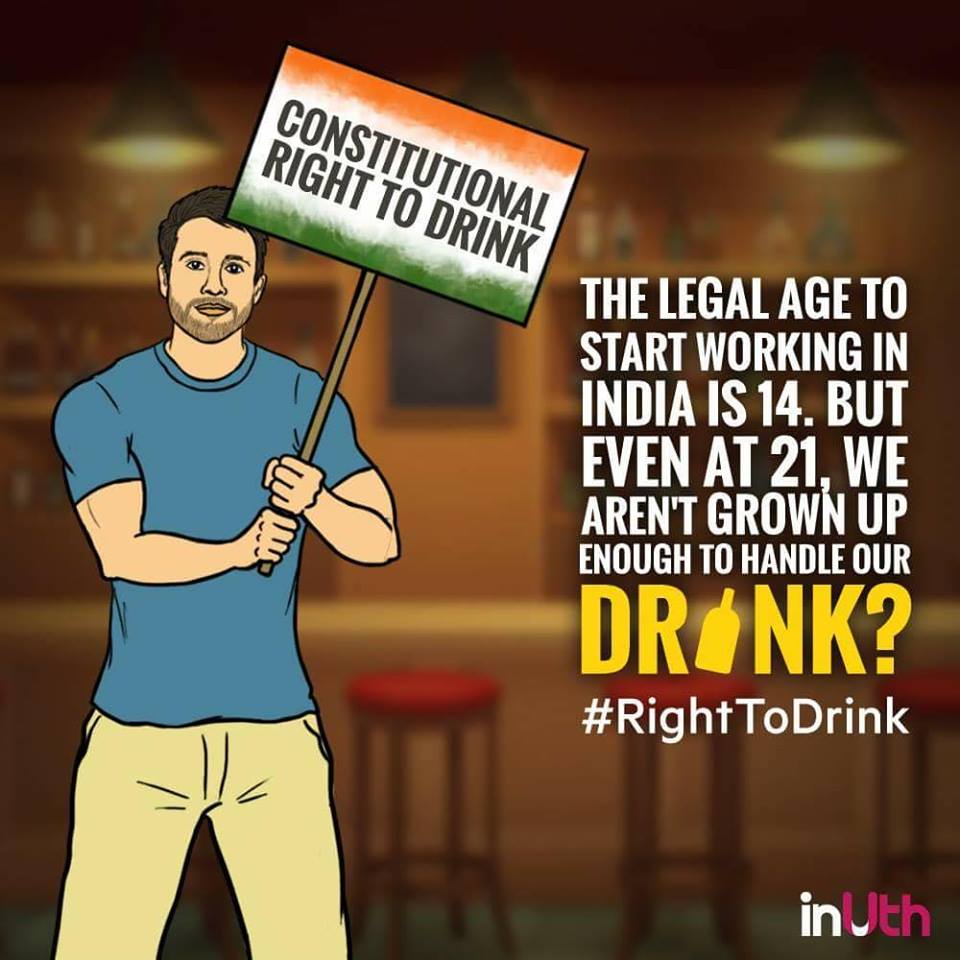 Technically speaking, the constitution we are celebrating today also doesn’t impose strict rules against an individual’s right to drink alcohol. Under Article 47 of the constitution:

“The State shall endeavour to bring about prohibition of the consumption except for medicinal purpose of intoxicating drinks and of drugs which are injurious to health”.

This is part of Directive Principles of State Policy. Not only it is not binding on the states to follow this, it also doesn’t prohibit your choice of drinking. It only asks the states to ensure that intoxicating drinks don’t cause injury to health. It doesn’t ask the state to put you behind bars for drinking. You know what is even more outrageous than a nanny state deciding your weekend drinking habits? Well, the same clause dealing with prohibition also deals with “state’s duty to raise the level of nutrition of its people. ” Isn’t it amusing that Gujarat and Bihar two of the flagbearers of prohibition have seen many cases of malnourishment. Doesn’t this speak volumes about the misplaced priorities of our state governments? 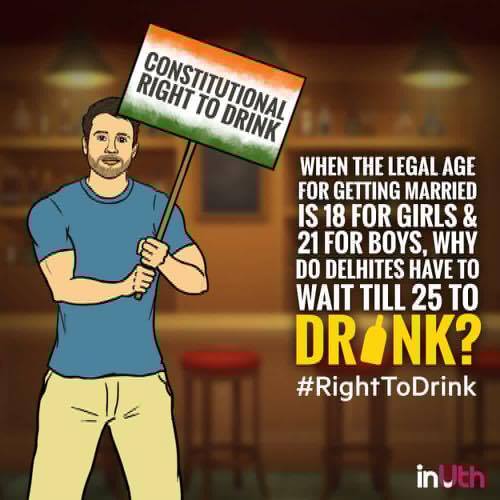 Read more: #RightToDrink: Dear lawmakers, have faith in Indian youth. They can handle their alcohol

Finally, discrepancies in the alcohol laws from state to state is appalling. So, it is completely banned in Bihar, Gujarat, Manipur and Nagaland. In Kerala it will be banned in a phased manner. In Maharashtra you can buy a bottle of Whiskey when you are 18 but can’t consume it till you turn 25. The permissible drinking age in Delhi, Haryana, Punjab and Meghalaya is 25. Somehow the younsters of Goa, Madhya Pradesh, Himachal and Puducherry seem to be more responsible. They can start downing the shots as early as at 18 years. In rest of the country, the permissible age of drinking is 21. Funny how you vote at the age of 18 but not control yourself after drinking. 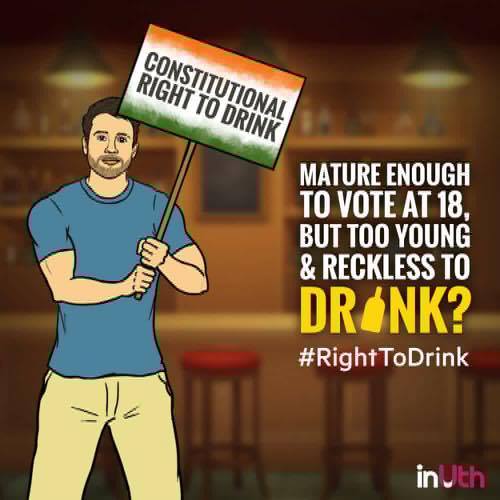 Read more: #RightToDrink: Here’s what you need to know before you get drunk AF

So dear millennial, we are united by love for alcohol but divided by different laws. It’s time we took things in our hands and began the campaign for #RighToDrink. There is no way a completely different generation can decide our lifestyle. To be clear, the purpose is not to support alcoholism or loss of health due to consumption of alcohol. The purpose is to restore the state’s faith in it’s young citizen who are not reckless drinkers, who can decide for themselves whether they want to drink or not and finally, it is our way of protesting against the culture of bans. Happy Republic Day.