Madhushree Mukherjee’s Churchill’s Secret War was originally published in 2010 and got rave reviews for the “forensic rigour” with which it looks back at the “forgotten holocaust” that the Bengal famine of 1943 was. Millions died of starvation at a time when India was slowly inching towards its independence. The book takes you through the details of the many games British Prime Minister Winton Churchill played to not let India slip out of his hands.

The book was published with a new afterword from the author underlining the little fight she had with Nobel laureate Amartya Sen over their different takes on causes that led to the Bengal famine.

A Telegraph article published in 2011 says: “Madhusree Mukerjee didn’t want to take on the Nobel Laureate. But then, as Amit Roy discovers, she didn’t want to take on Winston Churchill either. And she did. There is something very attractive about Madhusree Mukerjee, the woman who has had a bit of a spat with Amartya Sen over the reasons for the Bengal famine. She has held up Winston Churchill as almost the sole villain in her book Churchill’s Secret War: The British Empire and the Ravaging of India during World War II, while the Nobel Prize winner points to a wider range of factors, including imperial policy.” 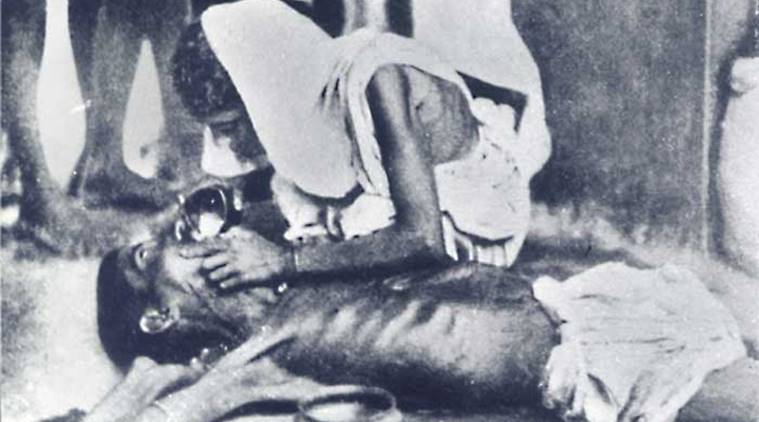 The Bengal Famine left millions dead because of the decisions taken by Churchill | Source: Wikimedia Commons

Mukherjee’s book addresses this issue head-on and pins the blame of the catastrophic event on Churchill. With rigorous research she establishes how Churchill was aware of the criminal magnitude of hunger that inflicted the farmers of Bengal  yet chose to do nothing. Instead, he continued to fleece the state to pay for the war expenses. 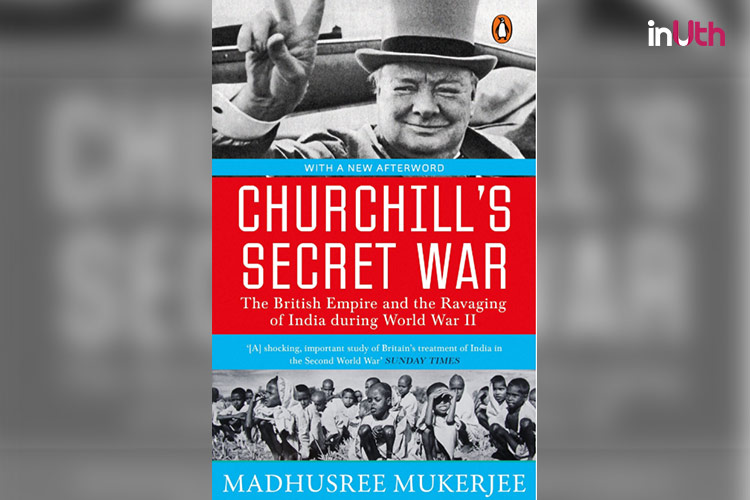 ALSO READ: The Skull of Indian Soldier Alum Bheg Which Surfaced in England After 160 Years

It’s appalling how Churchill was able to defend his actions and maintain a moral high ground even though several British officers were left disillusioned. While the British were fighting Nazi Germany, Churchill’s racial hatred for Indians, to be precise Hindus, is as detestable if not more as Hitler’s persecution of the Jews.

The book begins with the description of the rich land that Bengal was and by the end, the fertile land is reduced to ashes. The contrast is heart-breaking.

Madhushree Mukherjee’s scathing indictment of Churchill for his role in the Bengal famine that killed millions is based on solid research. There are bits contrasting the malnourishment in Bengal with sheer diversity in the kind of food being procured for British citizens preparing for the ultimate war. While the people of Bengal didn’t have rice to eat, Churchill was more worried about procuring chocolates for his people.

The meticulous quotations of figures can get a little tiring. But as soon as the overwhelming details of Churchill’s cold-blooded policies starts to get too much to handle, Mukherjee gives you a breather with local voices who had first hand experienced the tragedy. In fact, the stories of local uprisings against British policies, like establishment of a government somewhere in Tamluk by starving rebels  gives us a subaltern narrative of the way India’s freedom struggle played out in Bengal. Even as the hungry multitude of Bengal was  left to their own devices – be it in the aftermath of a flood or a drought – they were very much in touch with the different strands of political struggles being led by Mahatma Gandhi and Subhash Chandra Bose.

Britain’s economic interest in India was known. We have already studied how the Raj rendered a thriving self-sufficient economy into a consumer of its expensive products thus destroying its home-grown industry. But the systematic and almost planned impoverishment of an entire population driven by Churchill’s infantile arrogance of racial superiority needs to be under the global spotlight and up for discussion more often. And Mukherjee’s book provides rich sources and lays the groundwork for this discussion.

Perhaps, now Bollywood really needs to make its own film on this forgotten tragedy. All they need to do is dig into this carefully researched and wonderfully written book.