Women belonging to a small village in Haryana are set to send 1001 Rakhis to the President of United States Donald Trump on the occasion to Rakshan Bandhan marks the brother-sister bond. They are reportedly taking the move with the “wish of the people that ties are further strengthened between India and the US”.

This is the same Marora village that had been renamed as “Trump village”. However, the name had to be withdrawn after the administration stated that the move was “illegal”. Following which, all the names and signboards with the new name had to be taken down. The residents claimed that banners with the picture of Donald Trump had been removed by the organisation.

An NGO which had adopted the village have asserted that a number of development programmes have been conducted for the betterment of the women and girls living in this village. The students of the village not only made the Rakhis with pictures of Donald Trump but 501 rakhis for Prime Minister Narendra Modi too. “These students have made 1001 rakhis with photos of Donald Trump and 501 rakhis for Narendra Modi. Women and girls of the village consider them their elder brothers,” Monica Jain, vice president of the NGO was quoted as saying. 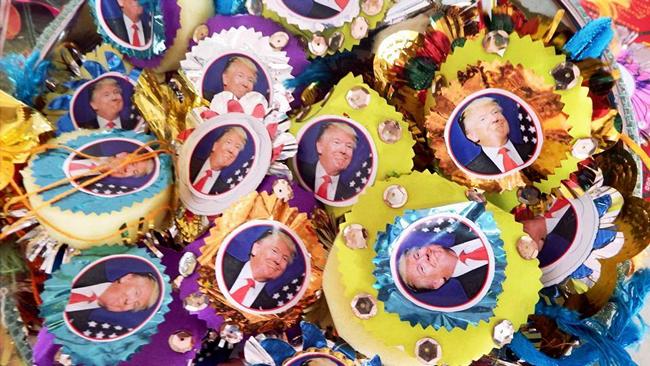 The consignment with rakhis was sent last week so that it could reach the US president Donald Trump on the day of Raksha Bandhan i.e August 7. Some of them have also expressed their wish to meet PM Modi at his residence in Delhi on Raksha Bandhan.

“I have made 150 rakhis within three days for Trump bhaiyaa. I have also written a letter to be sent to the White House that the girls of your village want you to visit it with PM Modi,” a 15-year-old girl said.